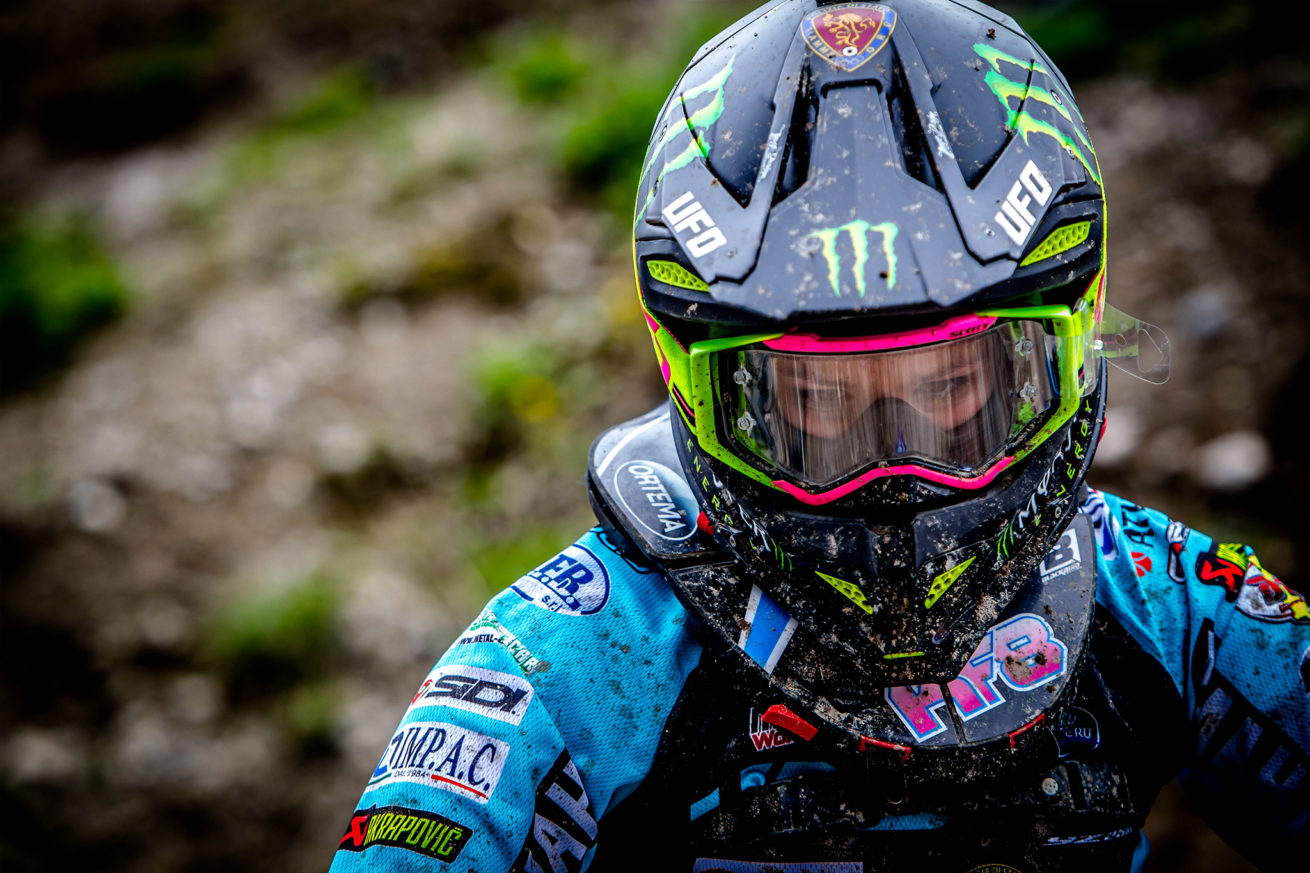 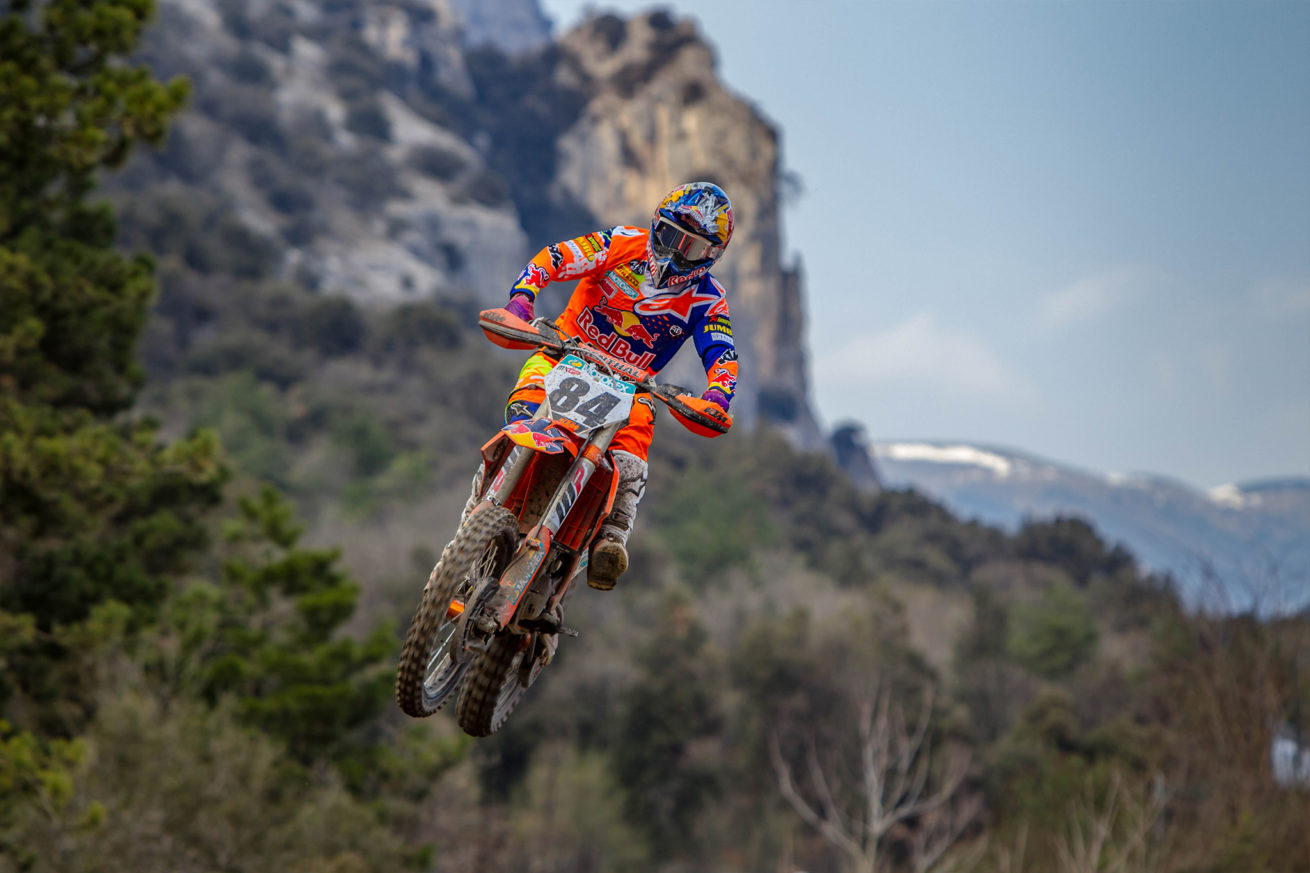 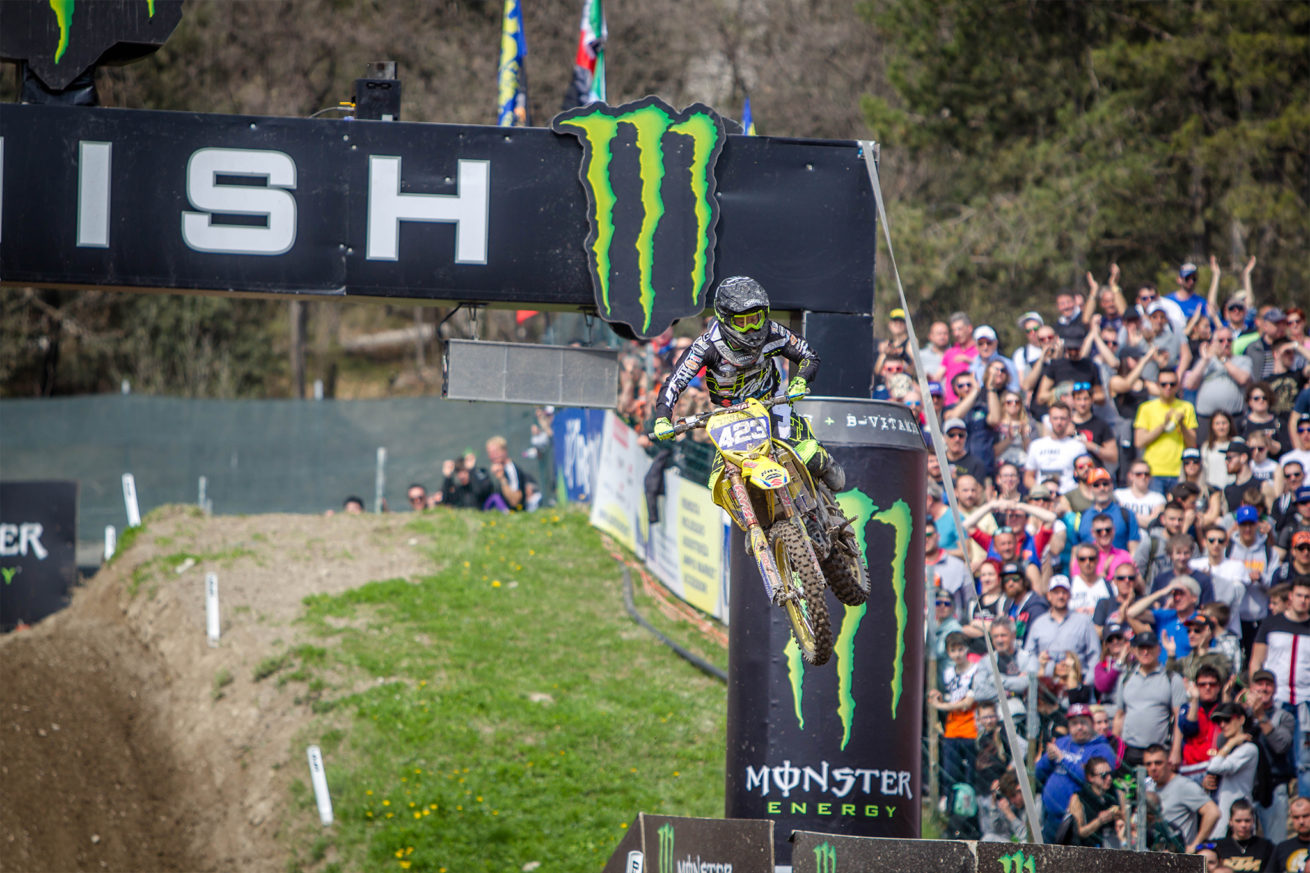 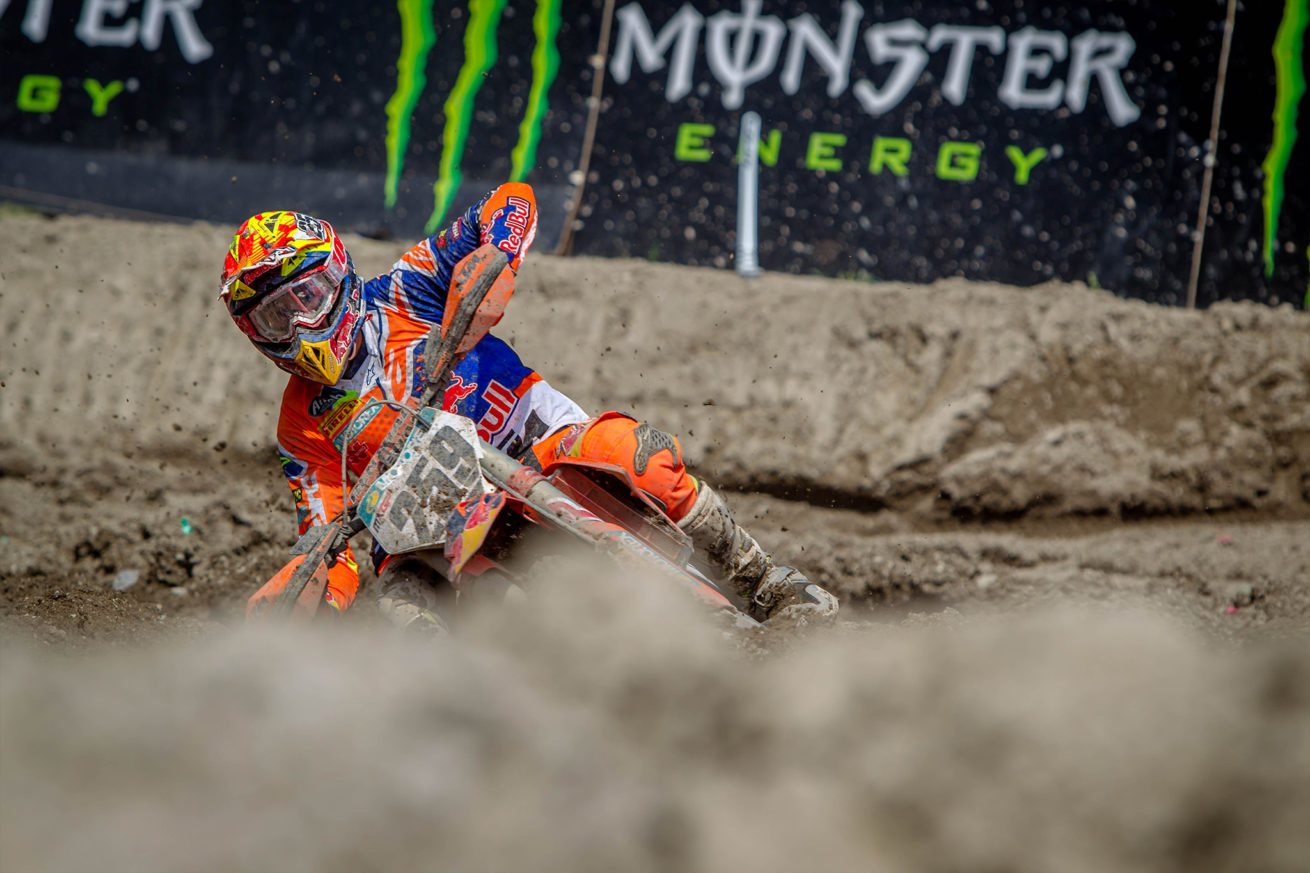 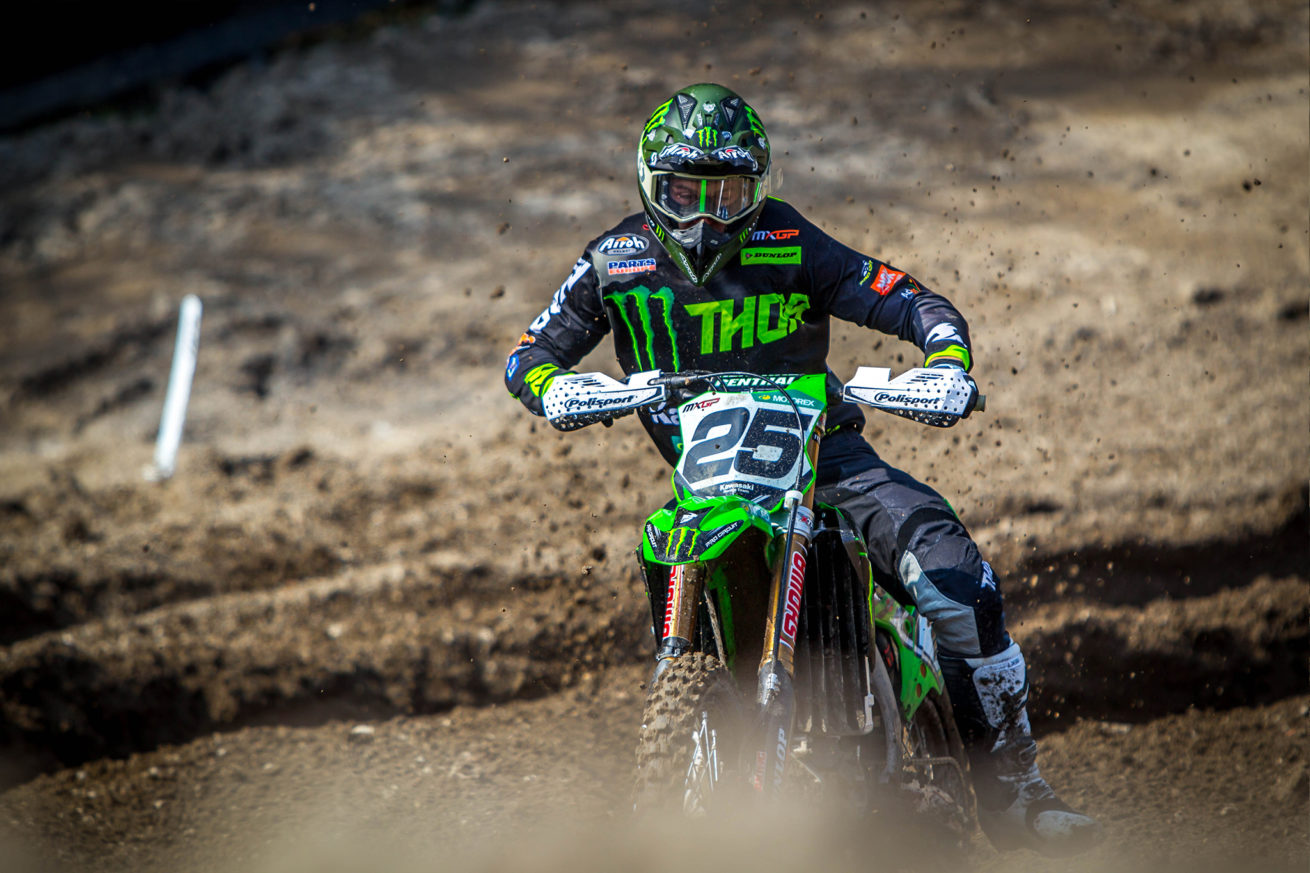 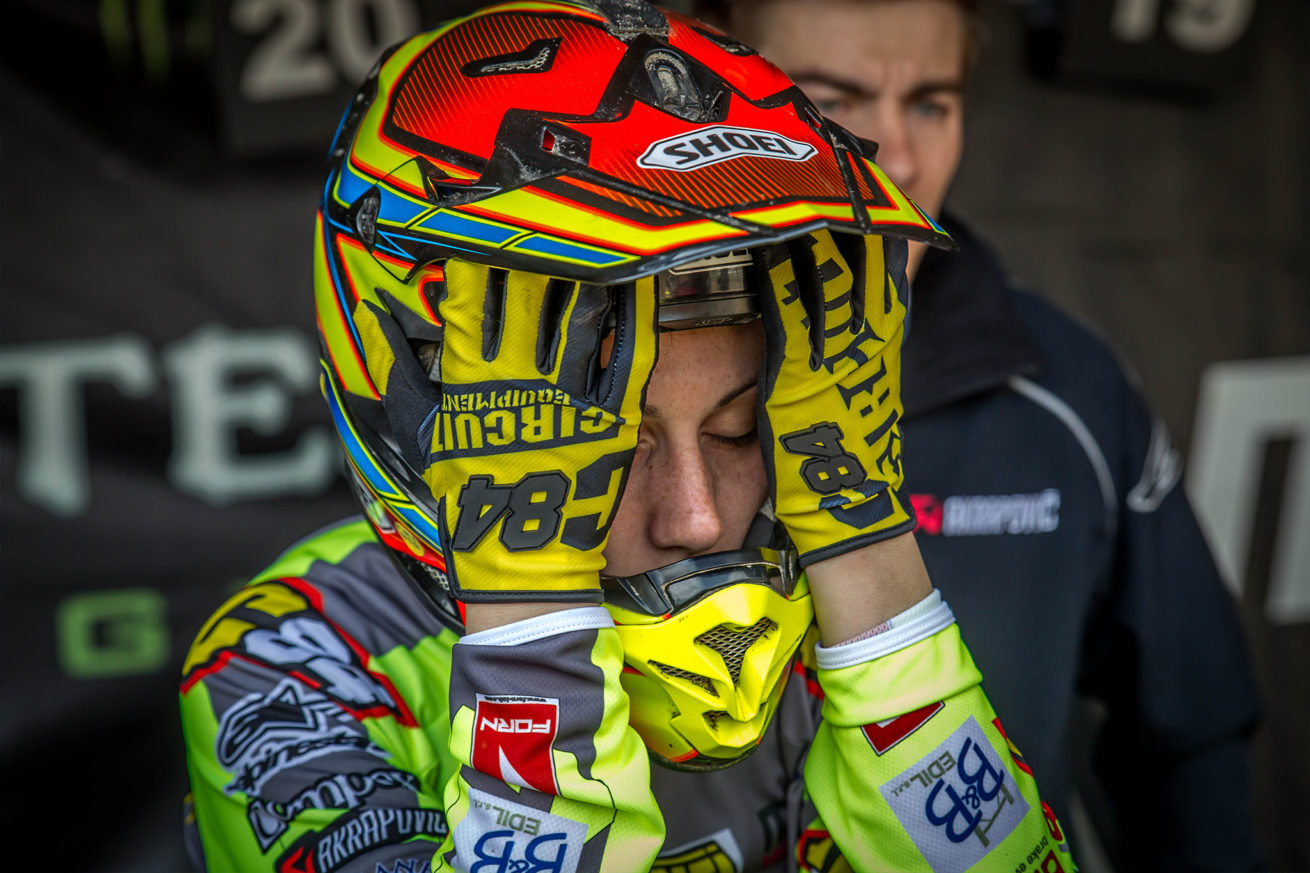 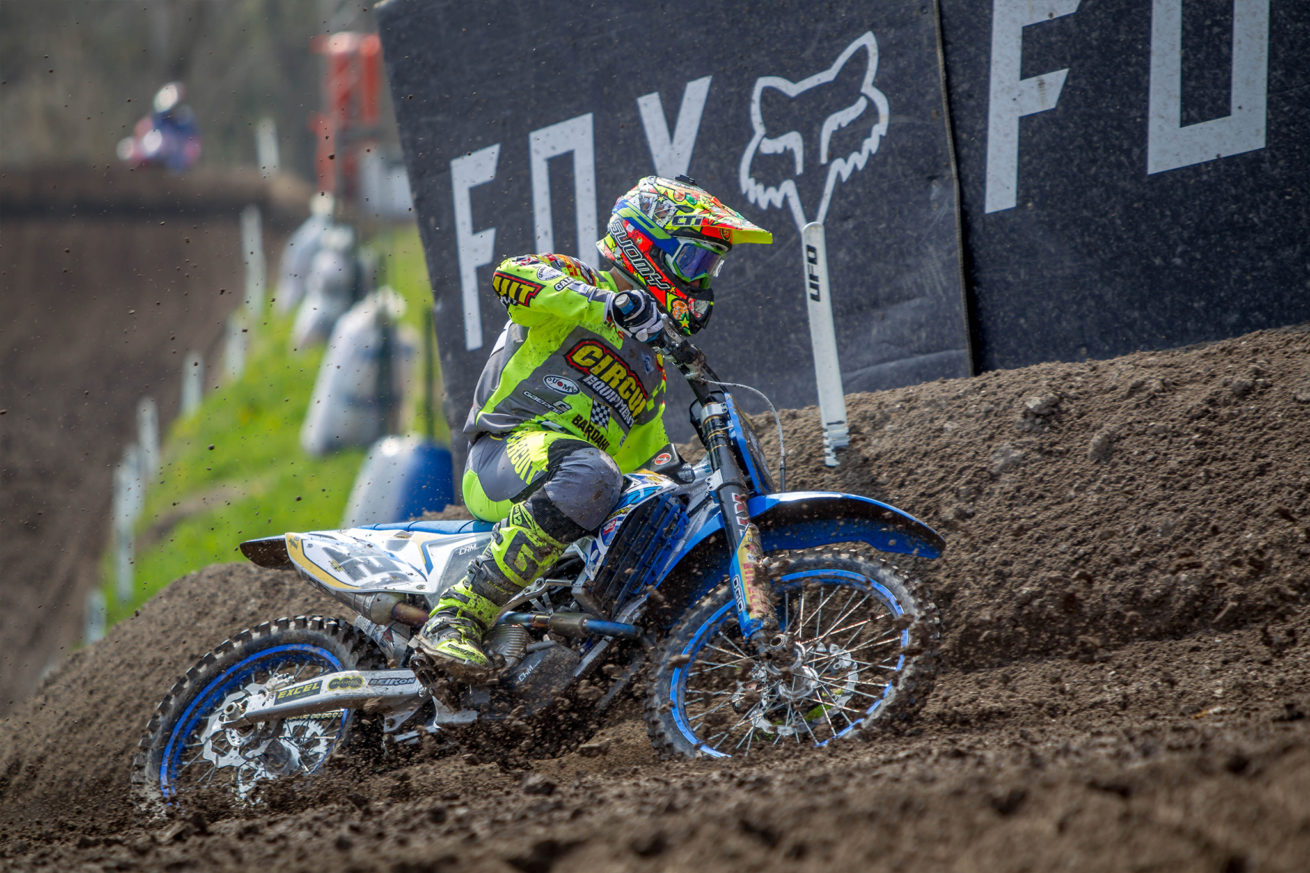 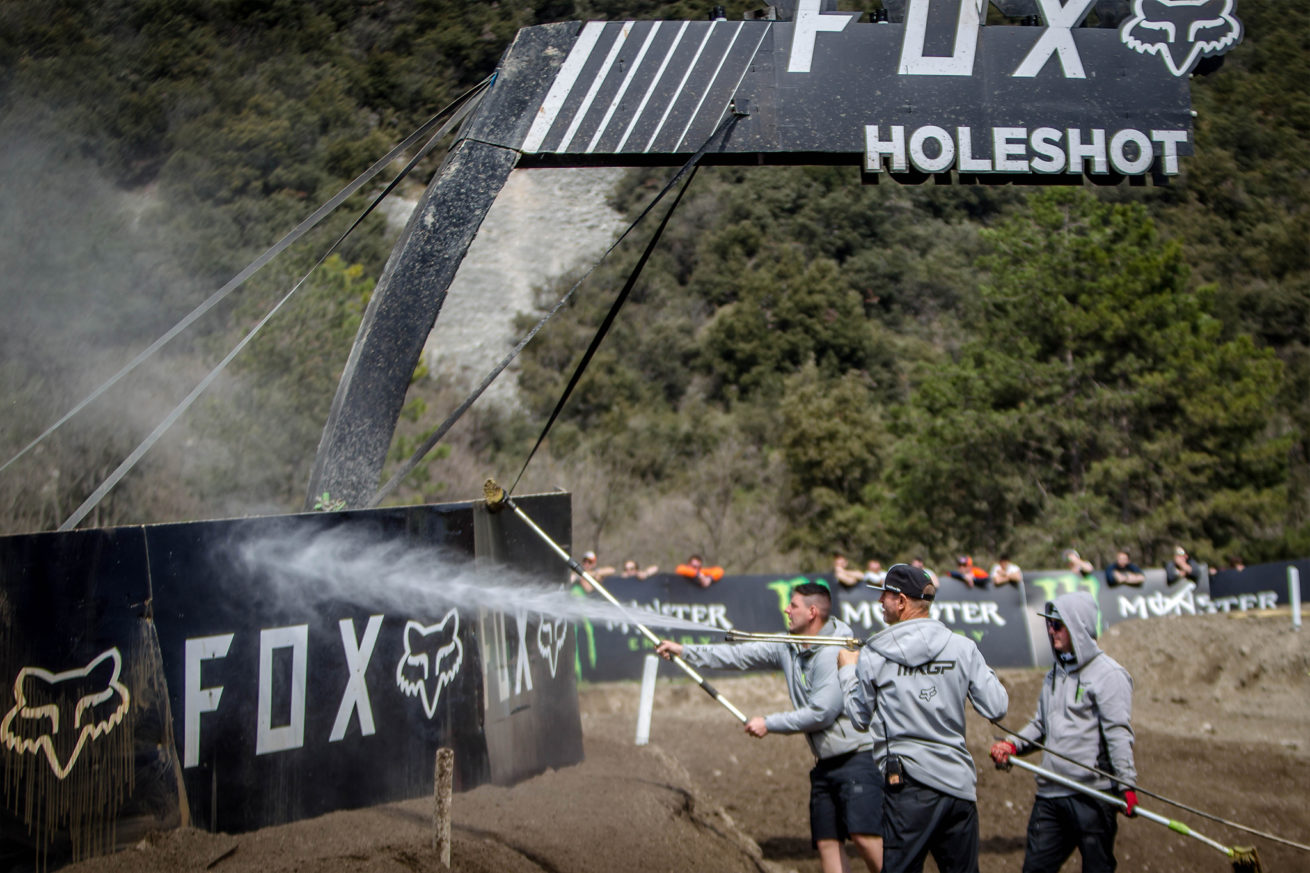 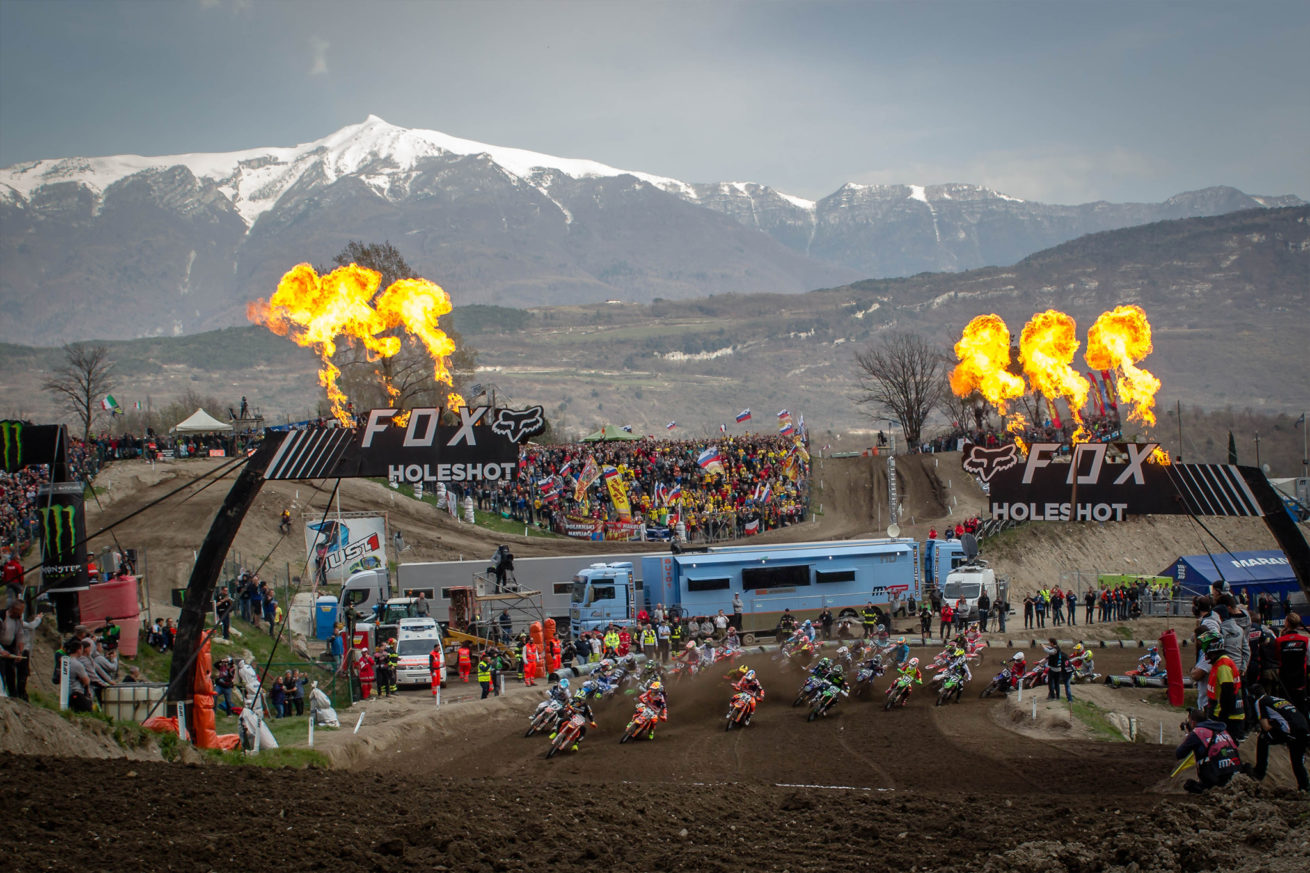 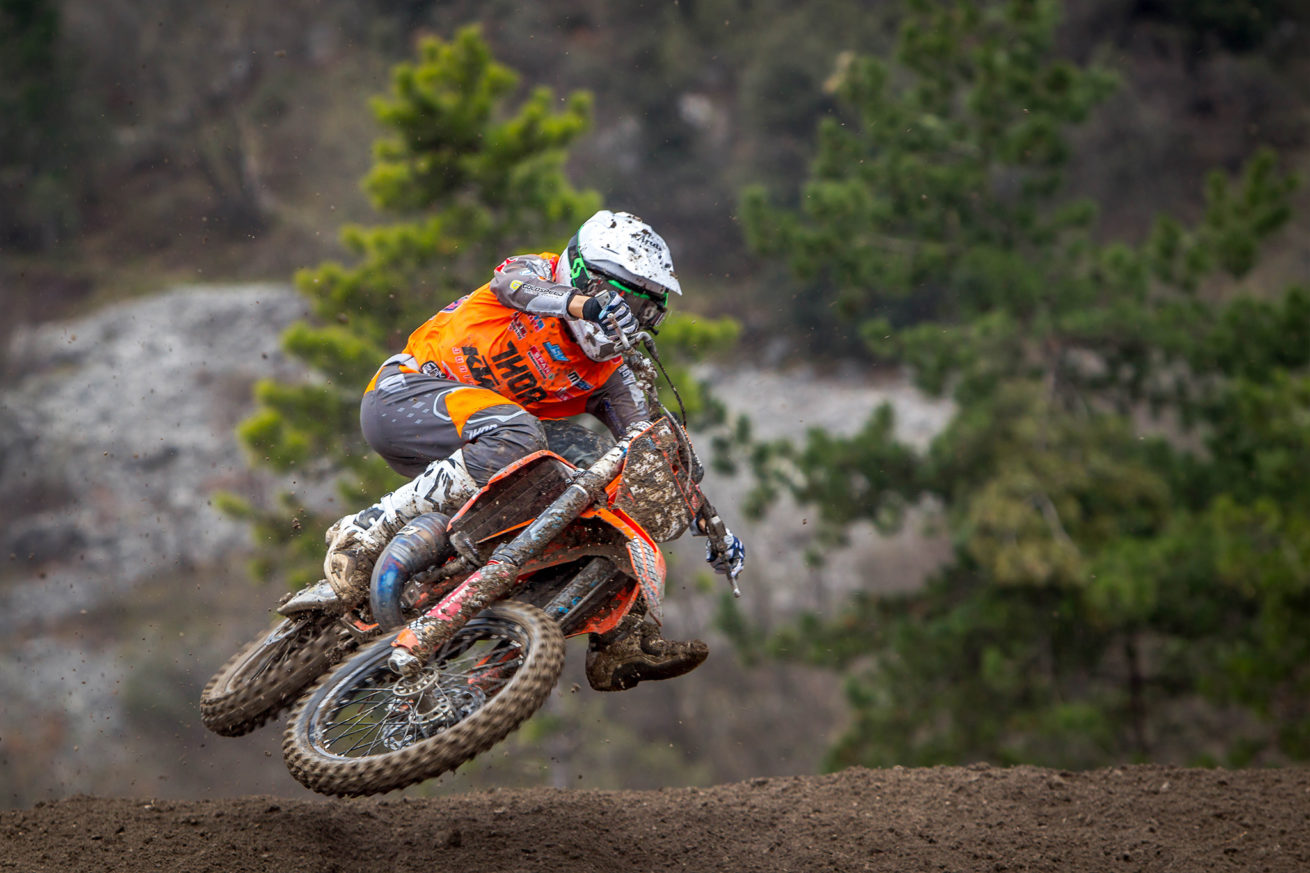 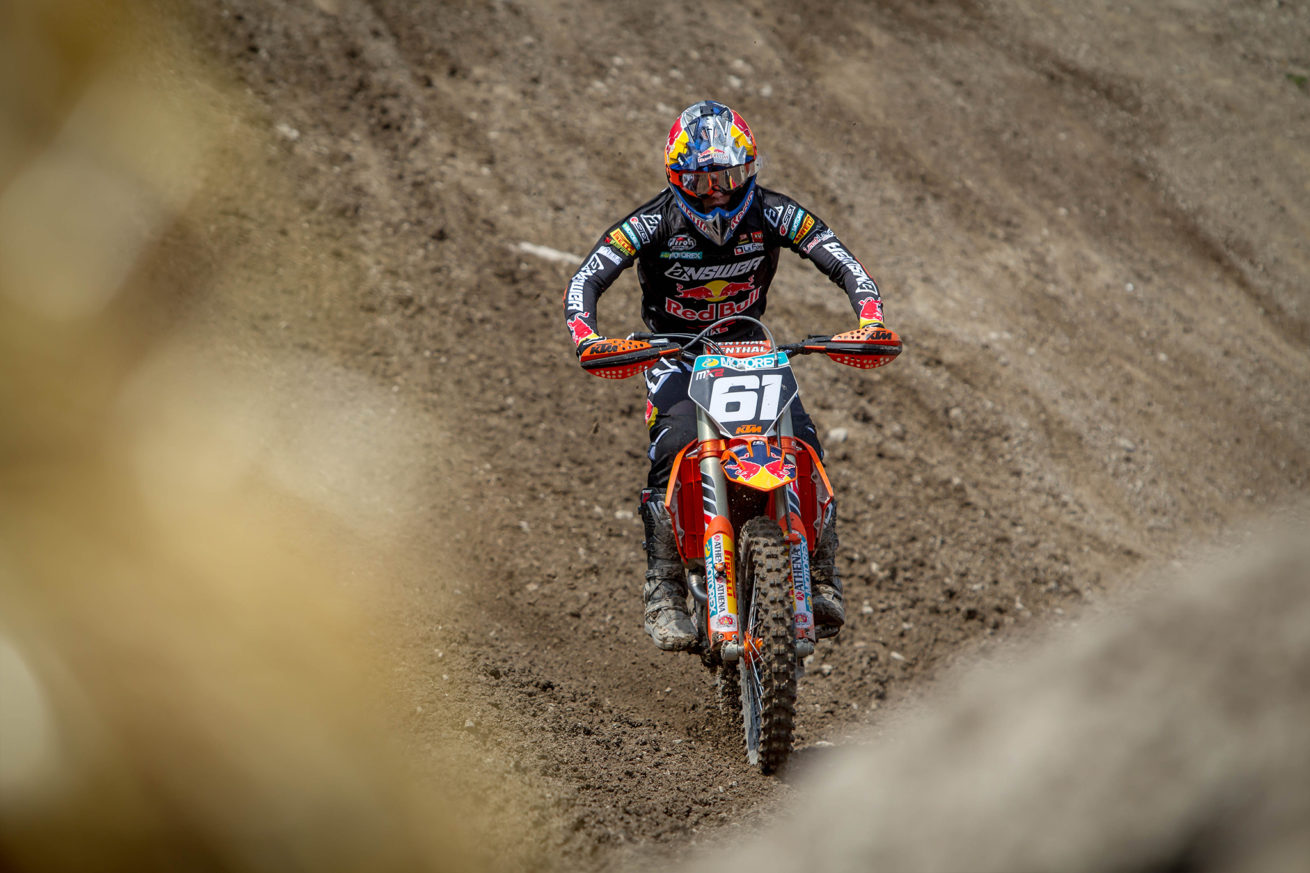 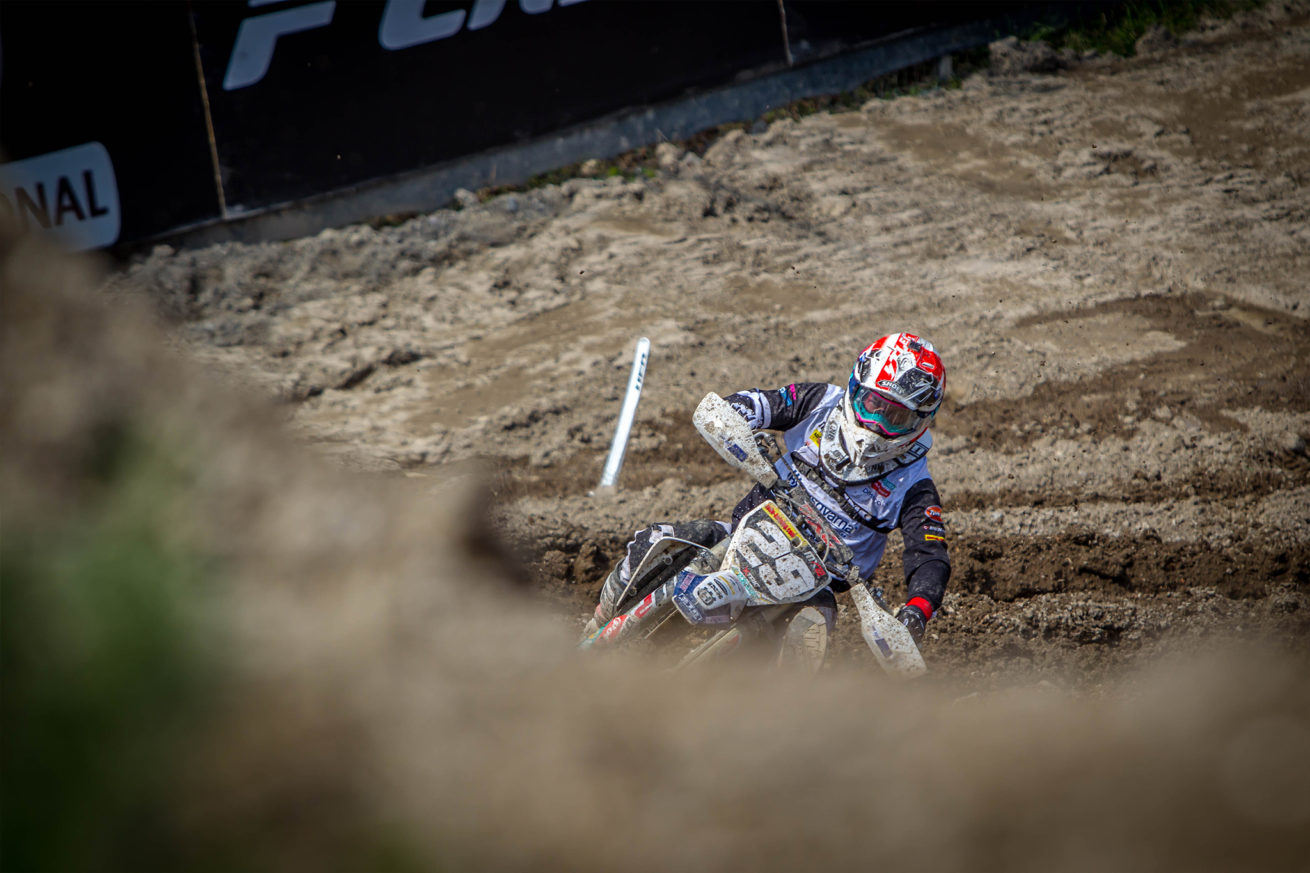 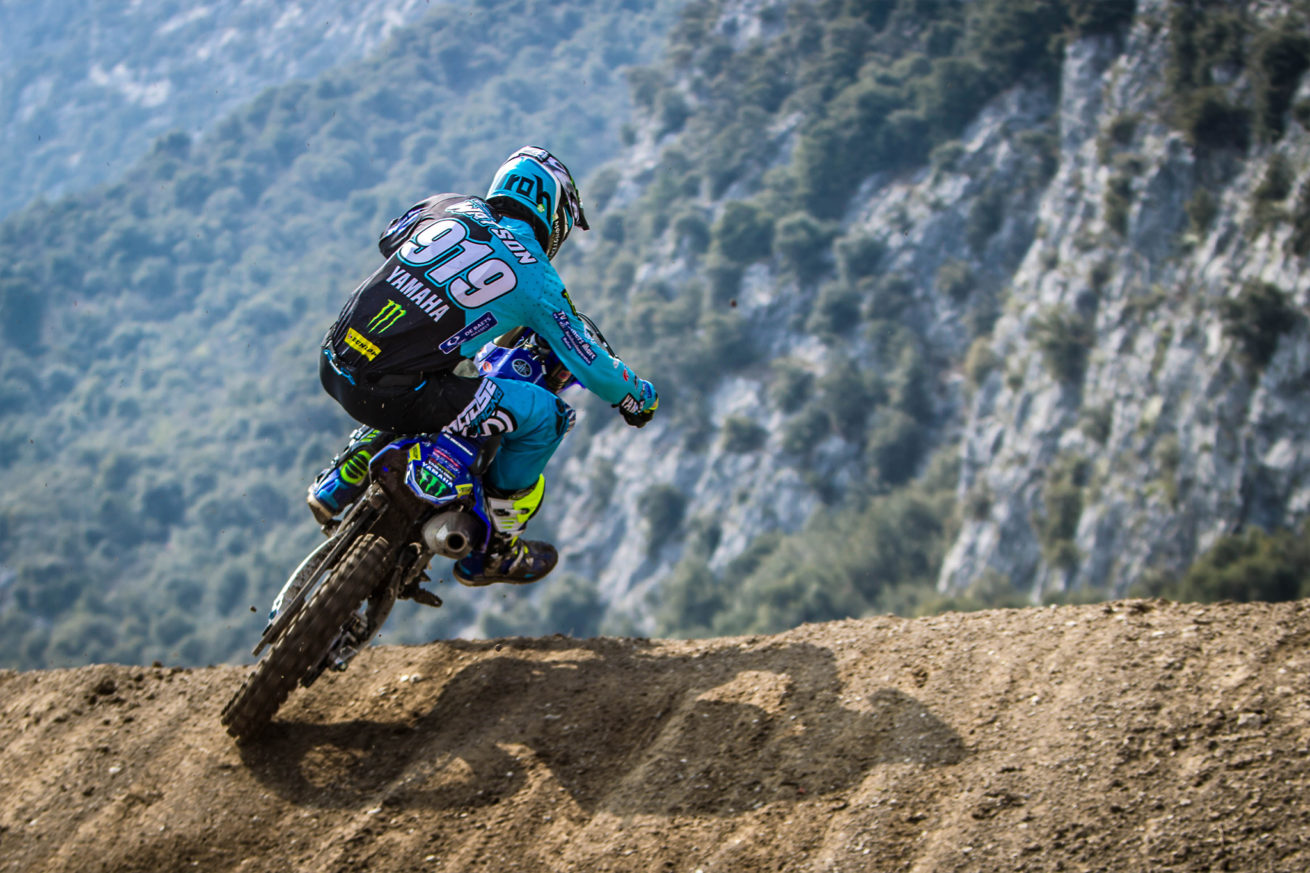 Red Bull KTM Factory Racing’s Jeffrey Herlings has struggled off the start of nearly every race this season up until this weekend. A top priority of Herlings and his team was to improve his starting and it clearly worked when he took his first Fox Holeshot of the season, the second of his MXGP career in MXGP Race 1.

By the end of lap one Desalle made his way forward past Febvre into 2nd but Cairoli dropped from 4th to 8th which he later stated was due to an issue with his front brake. Once back to normal Cairoli started to charge back to the front passing riders such as his teammate Glenn Coldenhoff and later Gajser among others.

While Cairoli tried to regain positions Desalle kept Herlings in sight the majority of race leaving Febvre in a race of his own. At the finish Herlings won by a little more than 5 seconds over Desalle who had Febvre another 7 seconds behind him. Cairoli took rebounded to finish the race right where he started, in 4th.

In race 2 Cairoli took his 6th FOX Holeshot of the 8 races this season but Herlings was right in tow along with Glenn Coldenhoff making it a perfect start for the Red Bull KTM Factory Racing team. Another good start was taken by Clement Desalle who led the newly signed Marchetti Racing Team KTM of Benoit Paturel and the Monster Energy Yamaha Factory of Jeremy Van Horebeek. For the first three laps Herlings chased Cairoli but on the uphill just after the finish Cairoli missed his breaking point and expected Herlings to go wide who instead dove to the instead and took the lead.

Following the pass Cairoli briefly lost touch with Herlings before reeling the #84 back in. Herlings consistently put in one fast lap after another to which Cairoli was unable to match. In the meantime Rockstar Energy Husqvarna Factory Racing’s Gautier Paulin spent 17 laps looking for a way around Van Horebeek in 5th and with only 2 laps remain took the spot from the Belgian.

Herlings finished the race 20 seconds ahead of Cairoli to take the overall and reclaim the red plate, winning every race the weekend, and claiming his 70 GP Overall win. Herlings in the press conference said: “I really enjoyed my time here for sure all the fans were rooting for Tony but that is normal, he is Italian, he is a legend in this sport but still they cheered for me which was very respectful. I really like coming here, it was a great 2 days, I enjoyed it a lot and I am looking forward to Portugal in one week time.”

Desalle’s 2-3 finishes topped the 4-2 result of Cairoli for second and third overall respectively. Desalle in the press conference: “It was a good weekend, really consistent and I knew coming here that the start would be important. Overall it is a really positive and consistent result again everything is going good and heading in the right way.”

Antonio Cairoli who finished the MXGP of Trentino in third: “For the championship it is good to finish on the podium always but I know that we could have done better today. Jeffrey was very fast in the second race and I have to say that it was very difficult to beat him with his speed and consistency during the whole race. It was difficult but this is racing and next time we will try to be more consistent.”