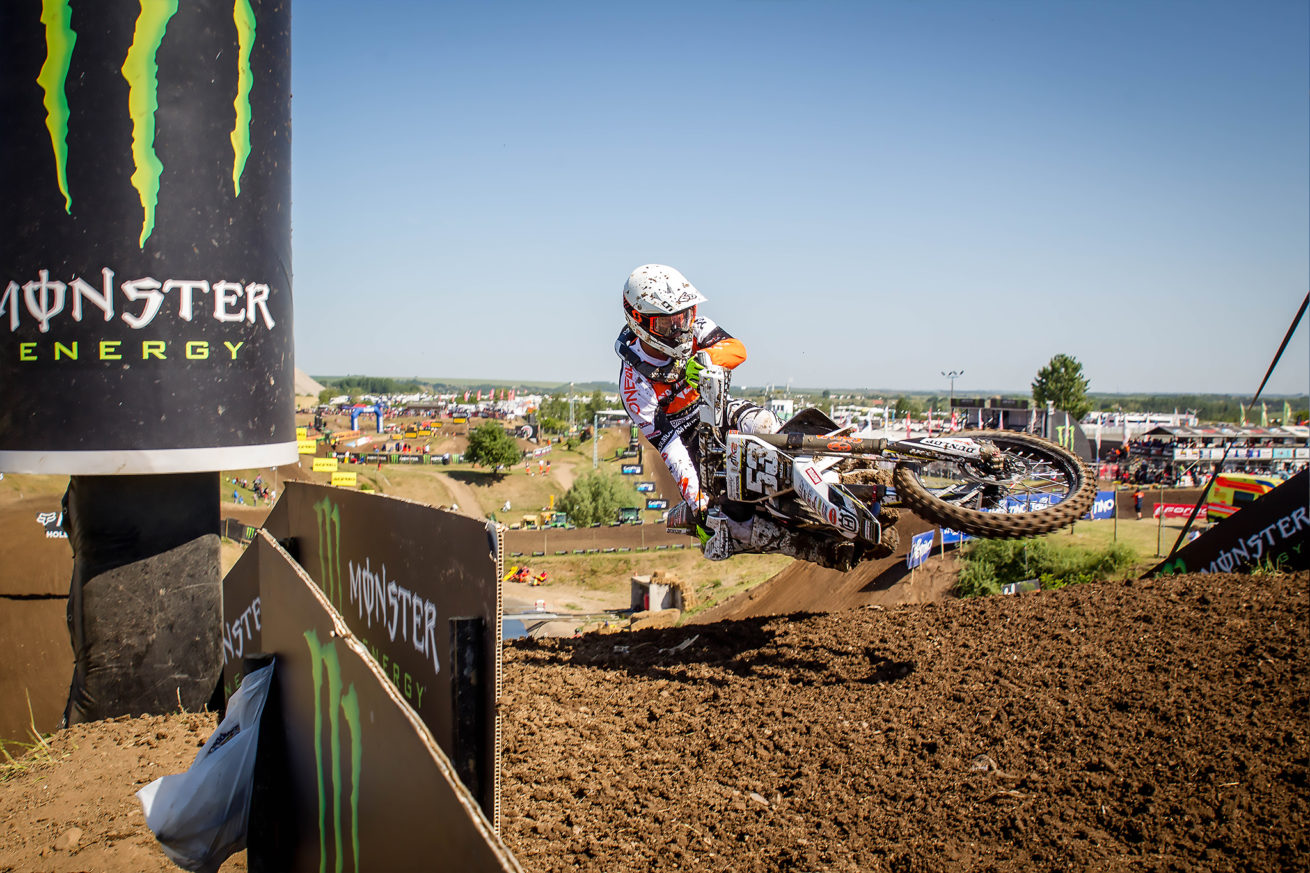 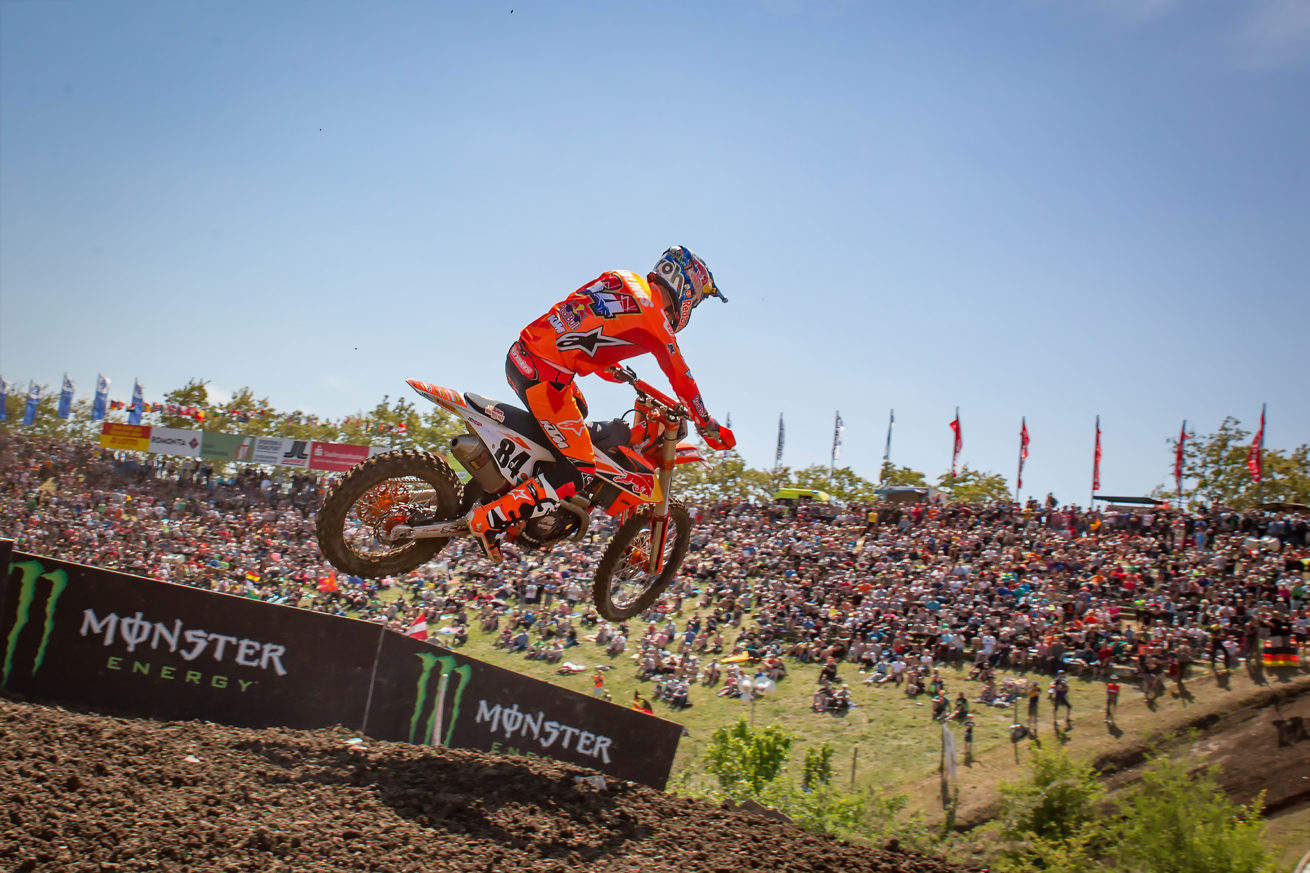 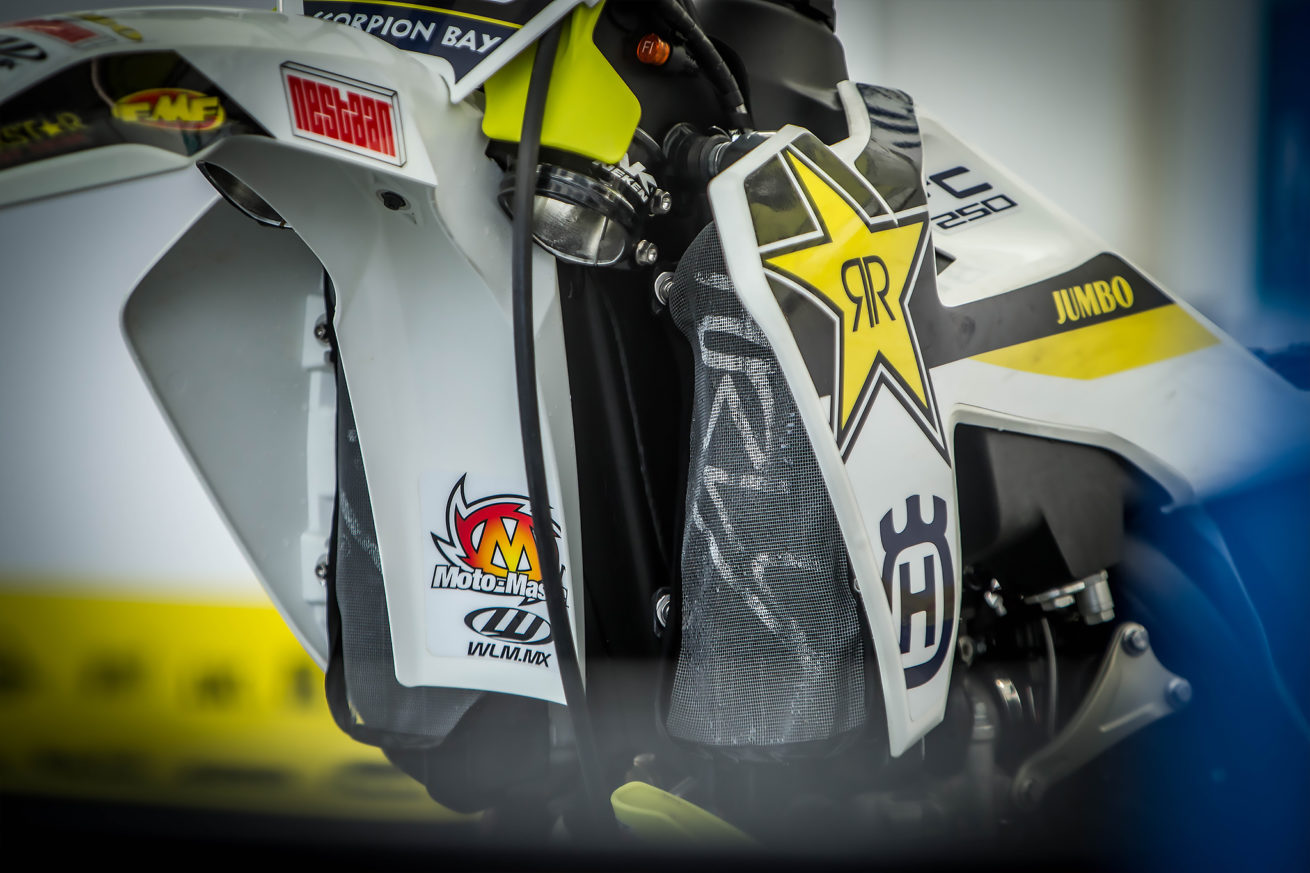 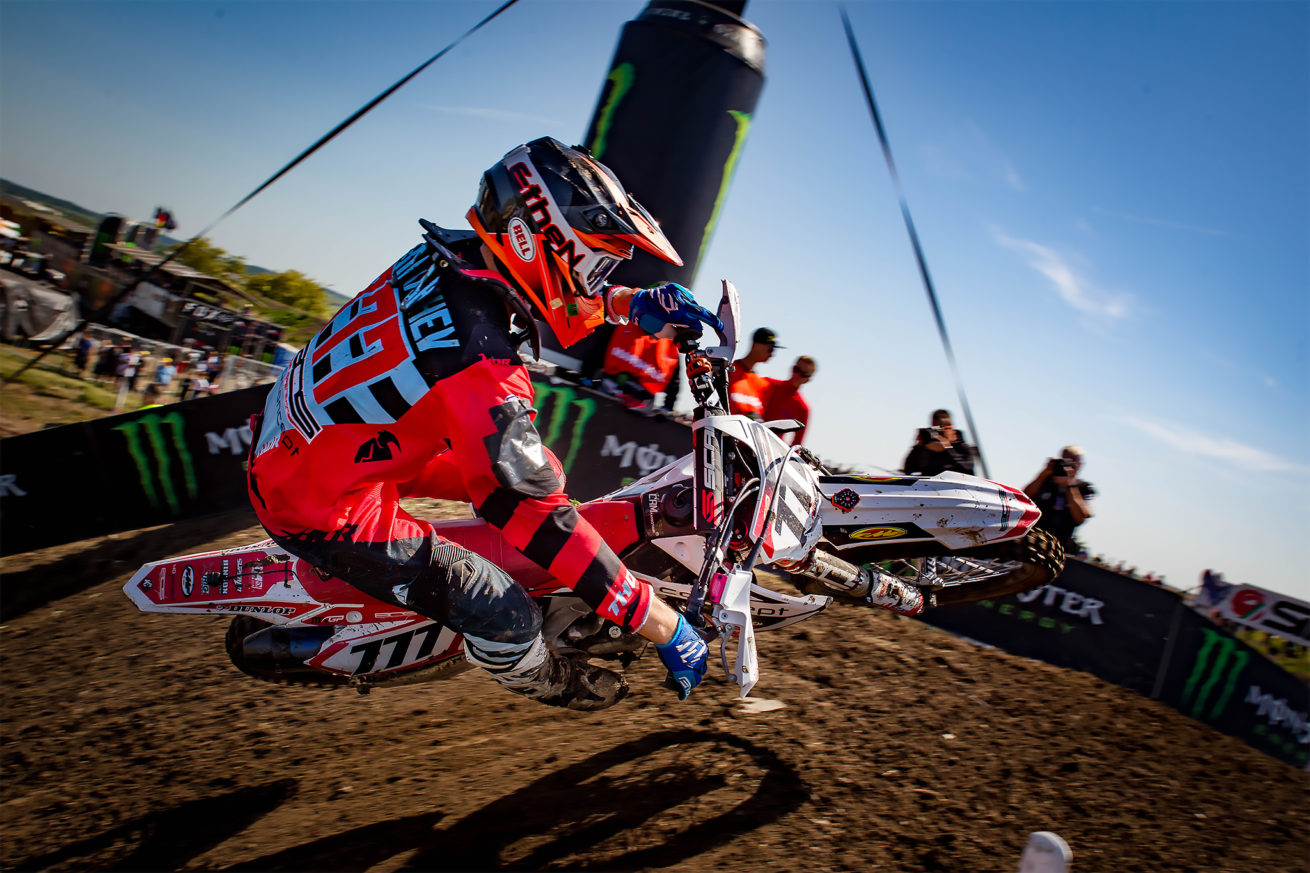 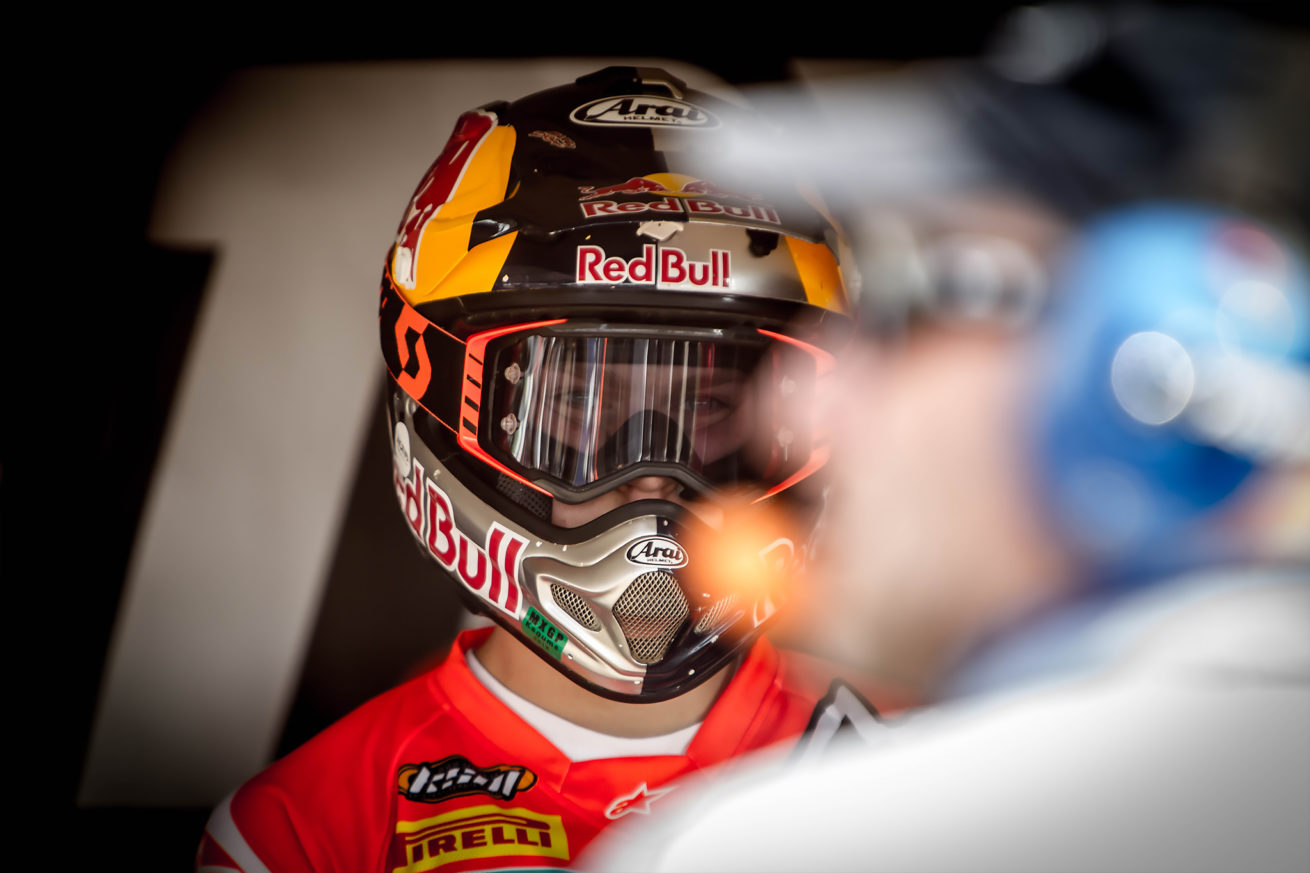 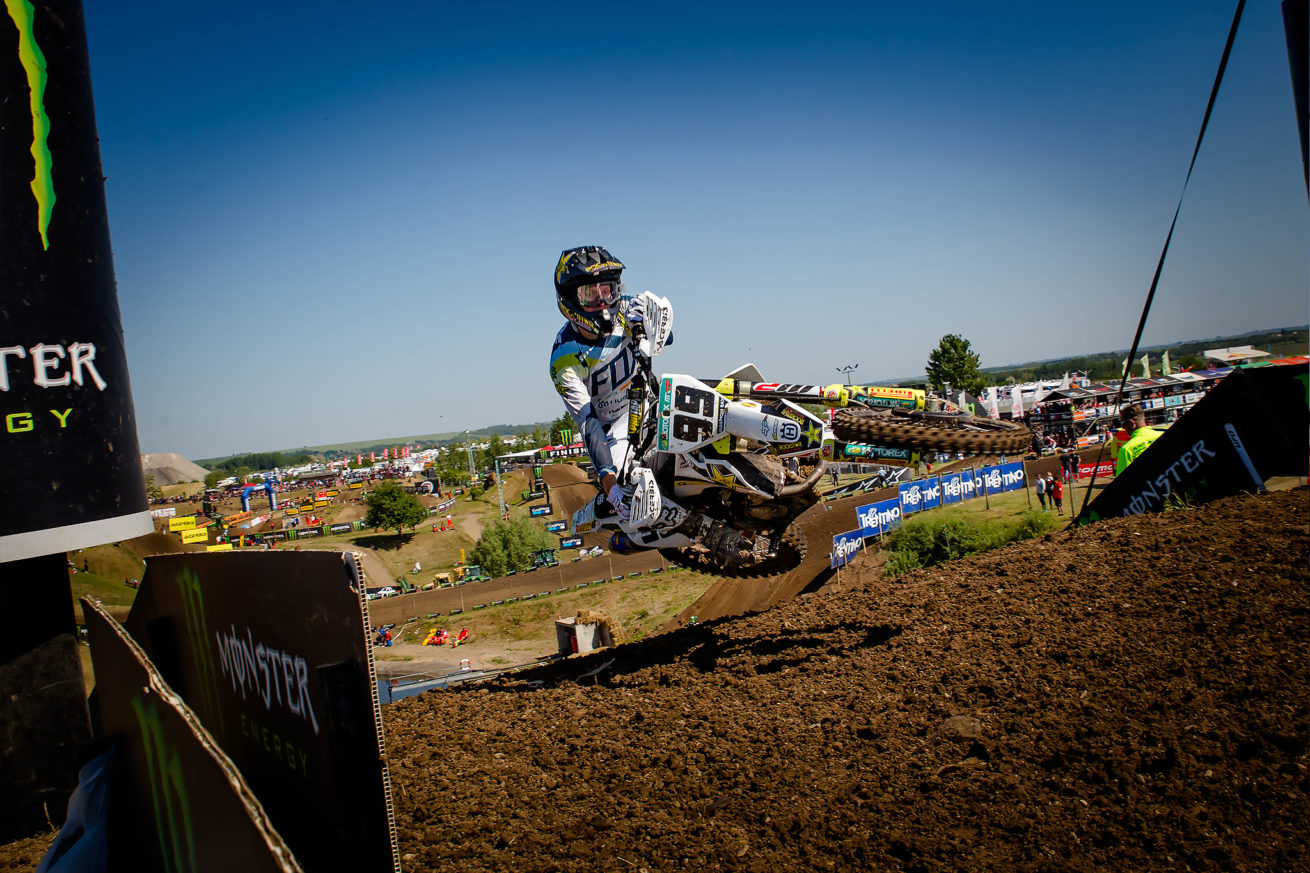 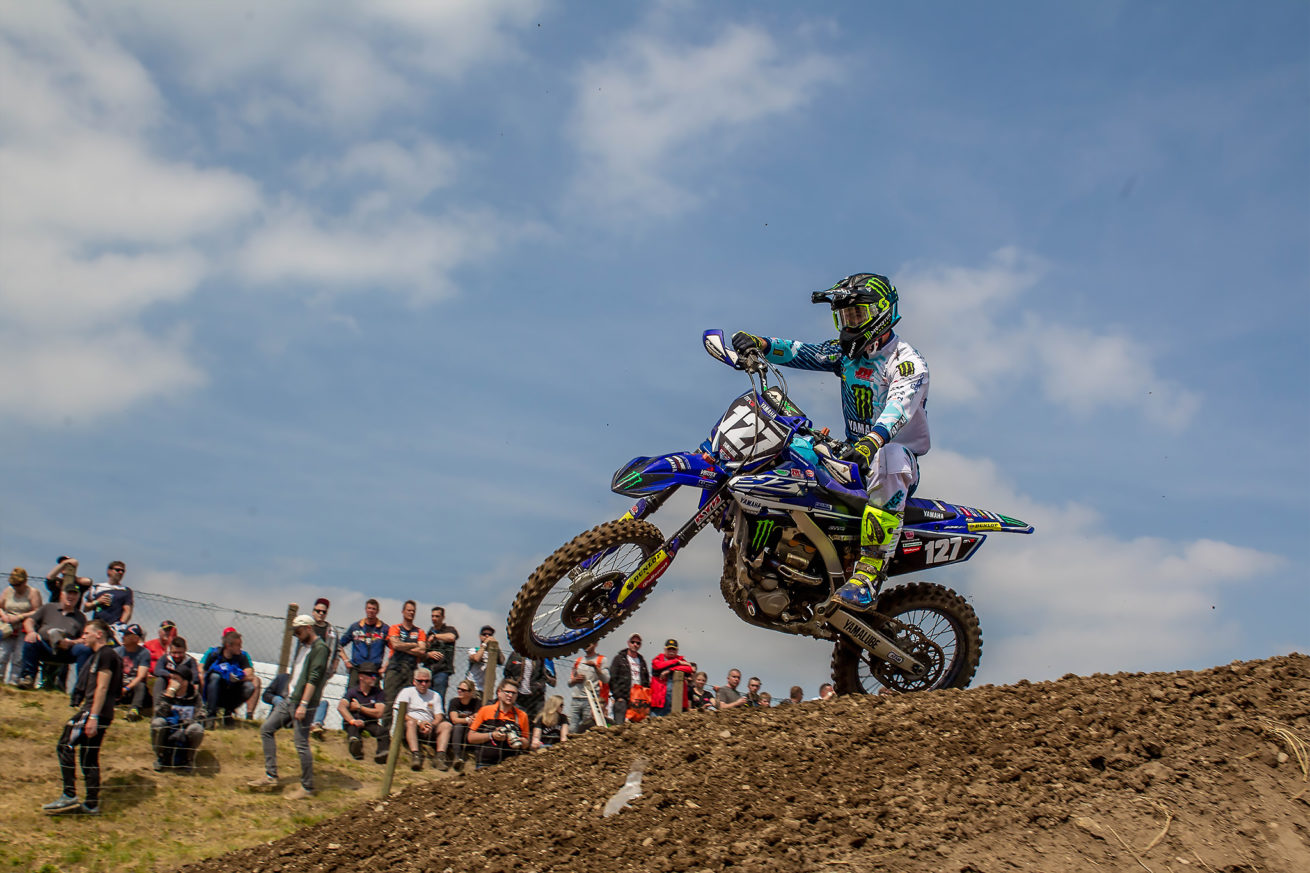 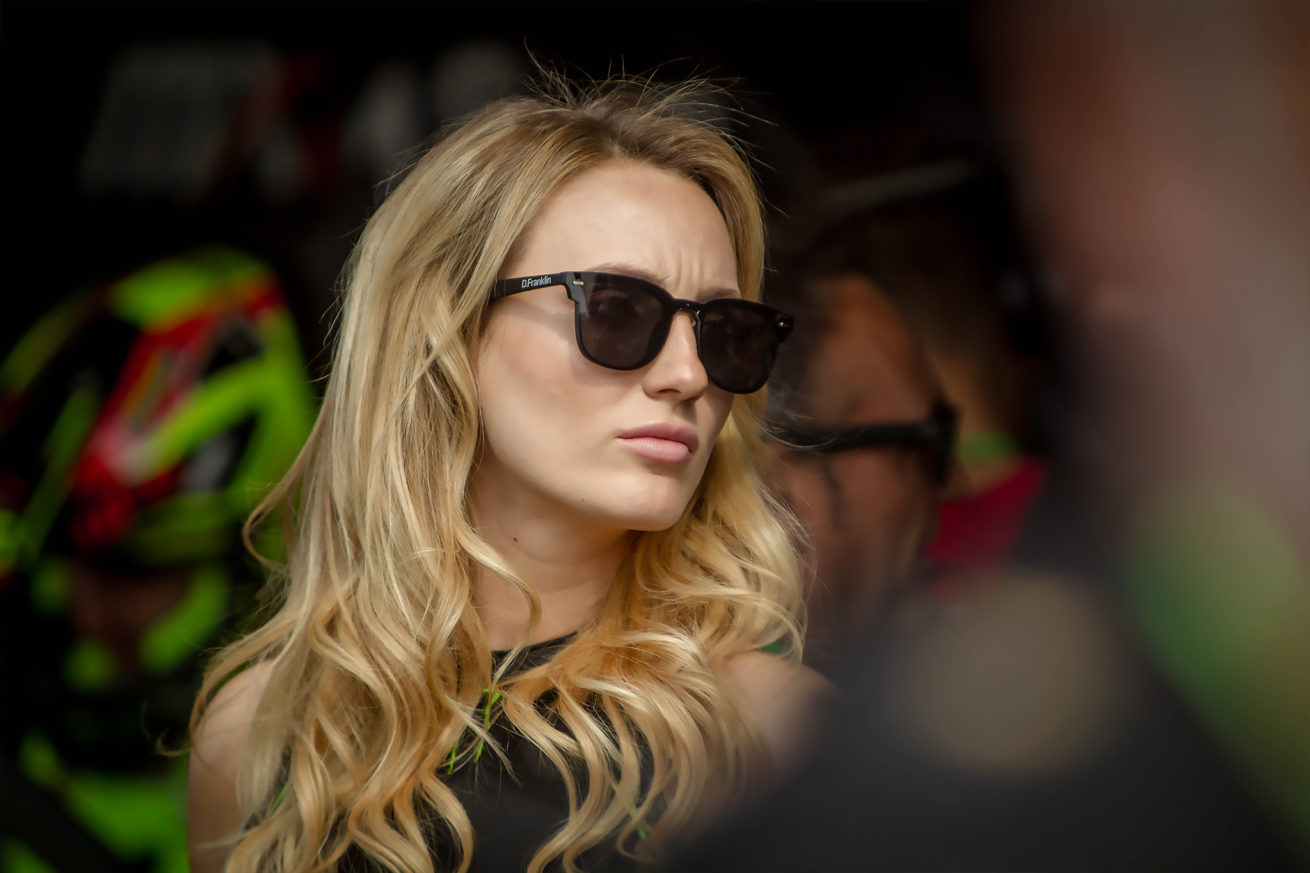 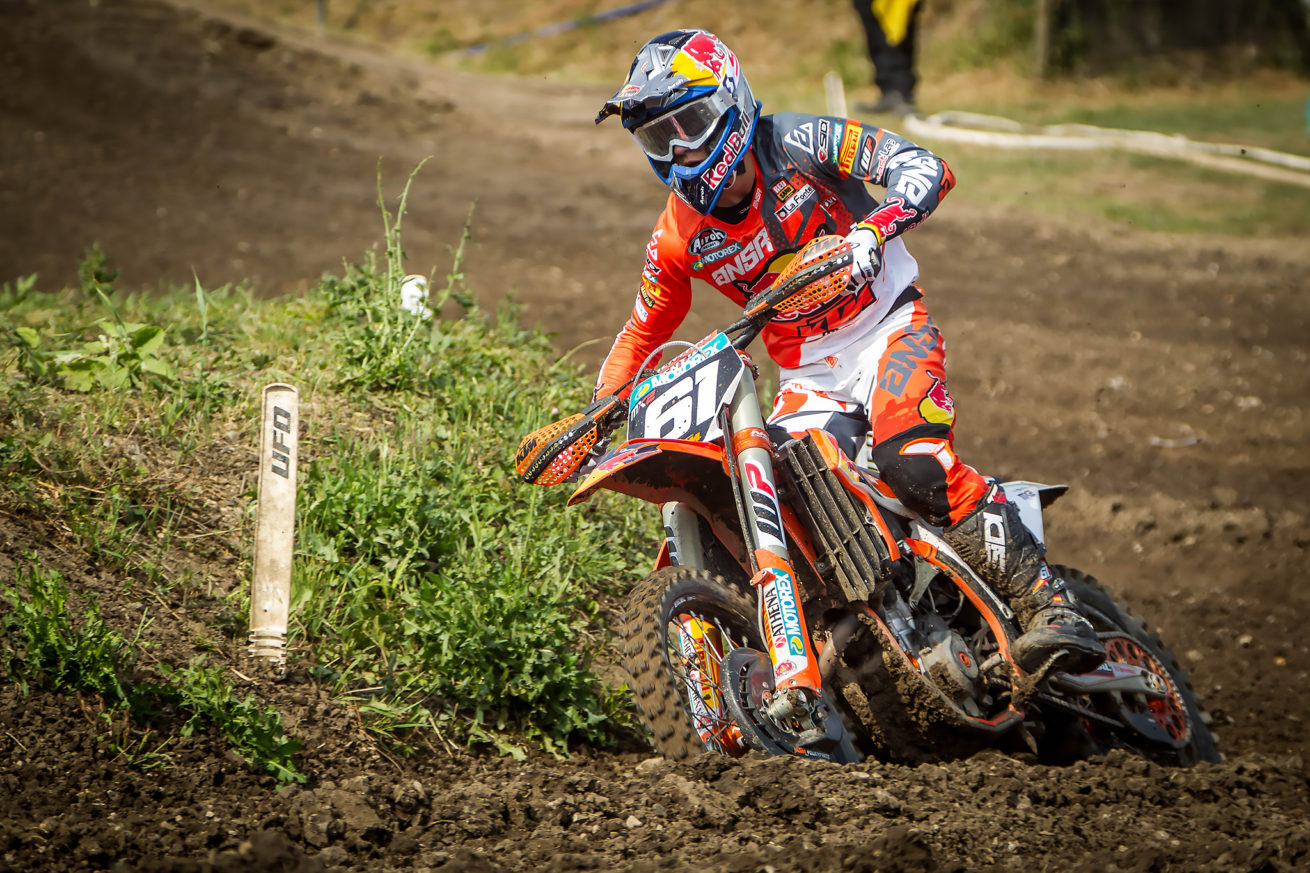 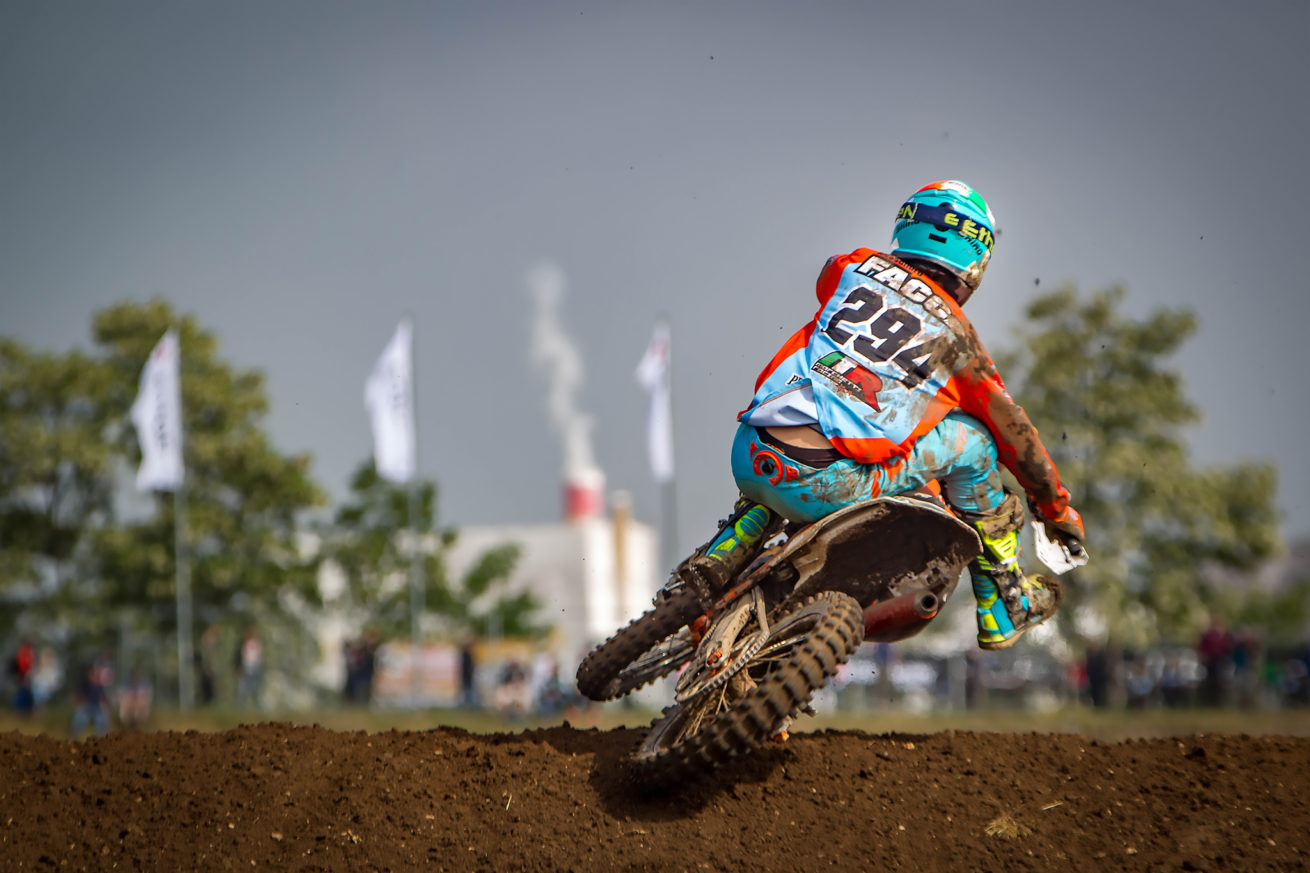 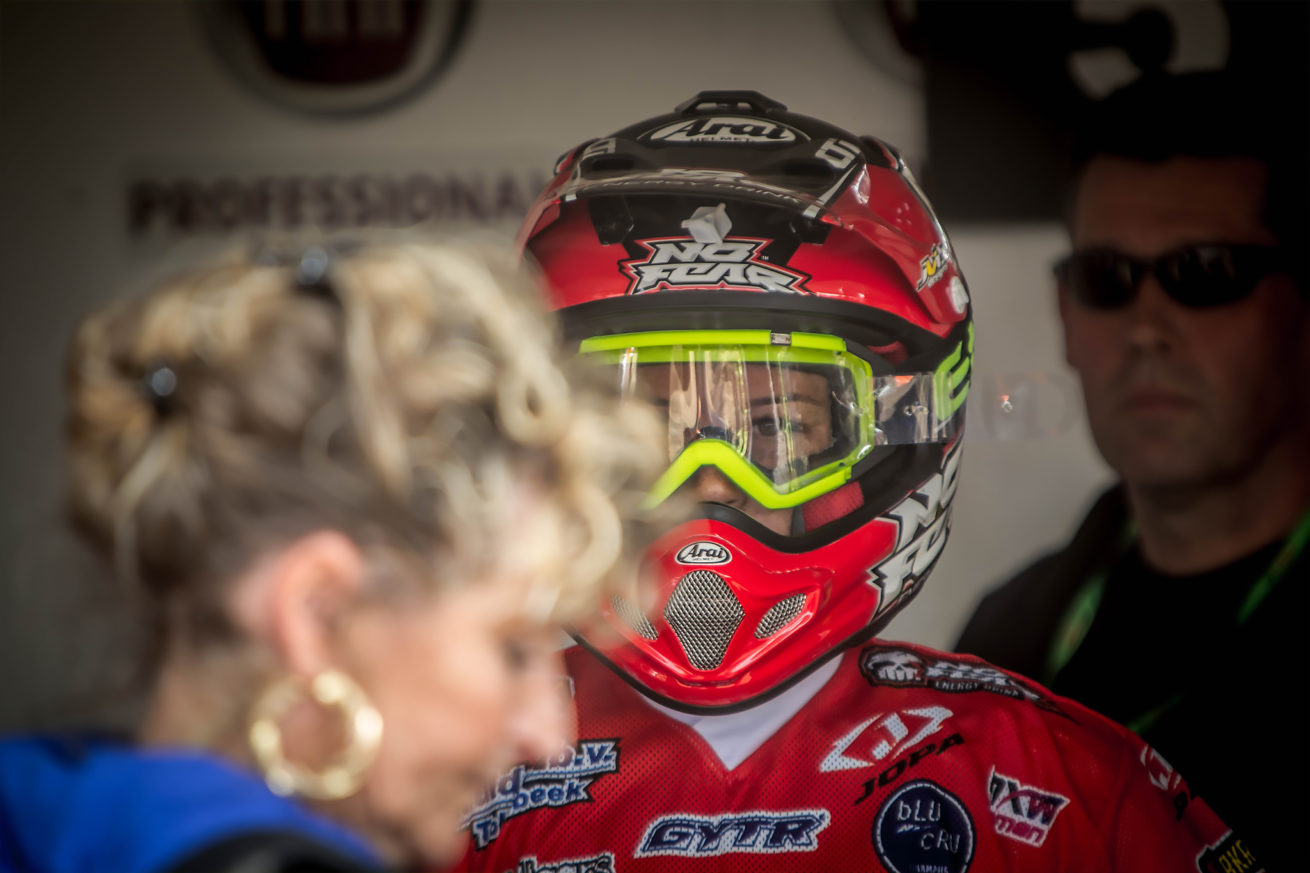 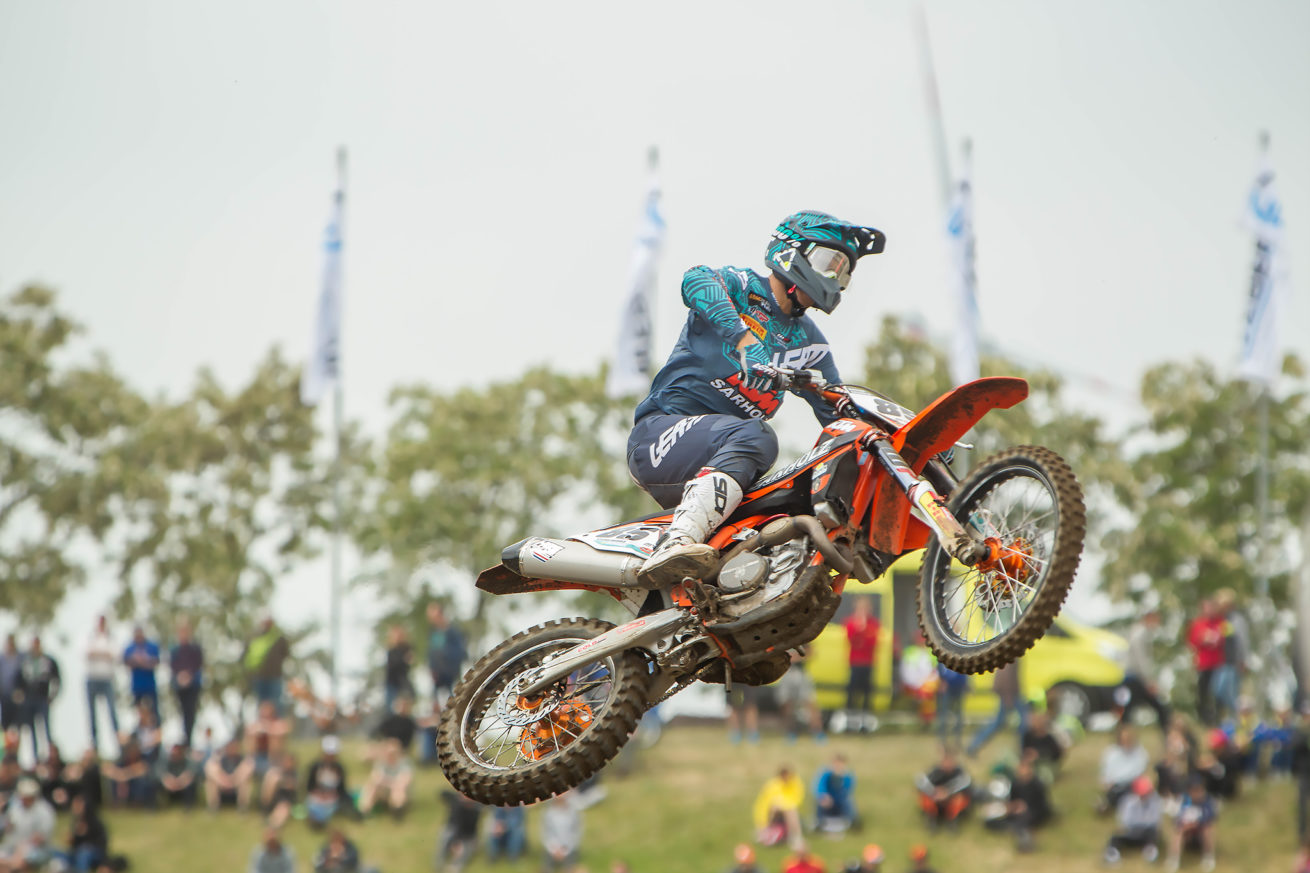 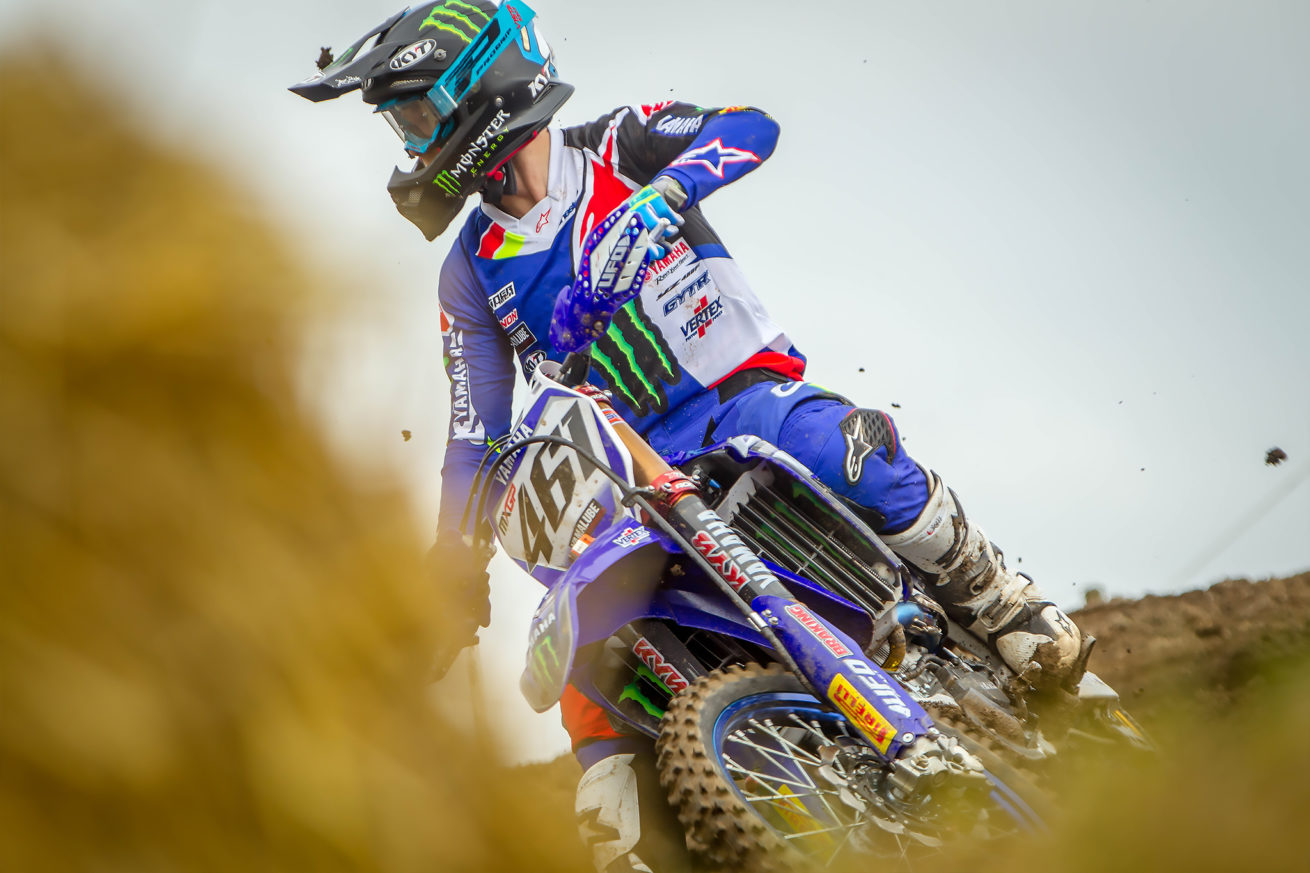 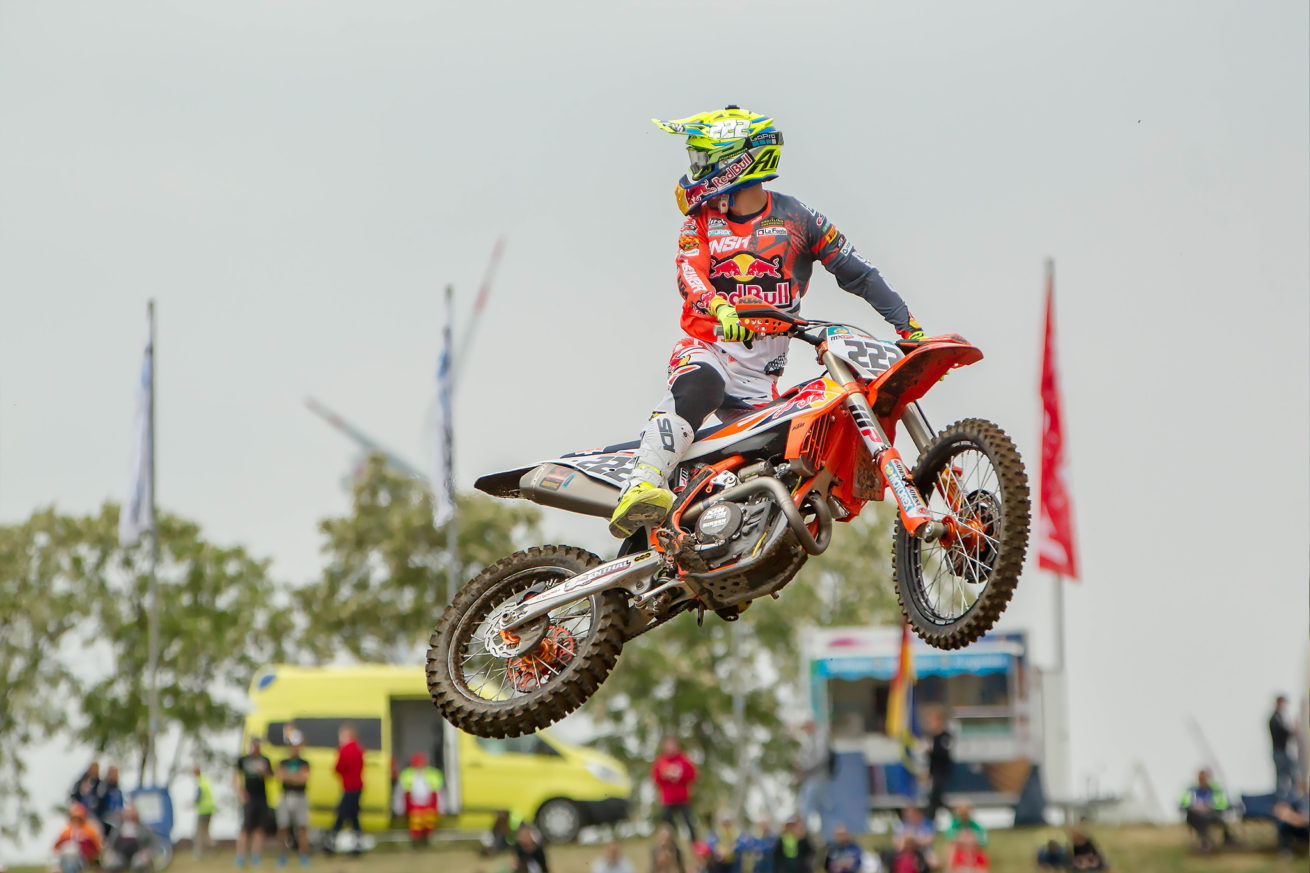 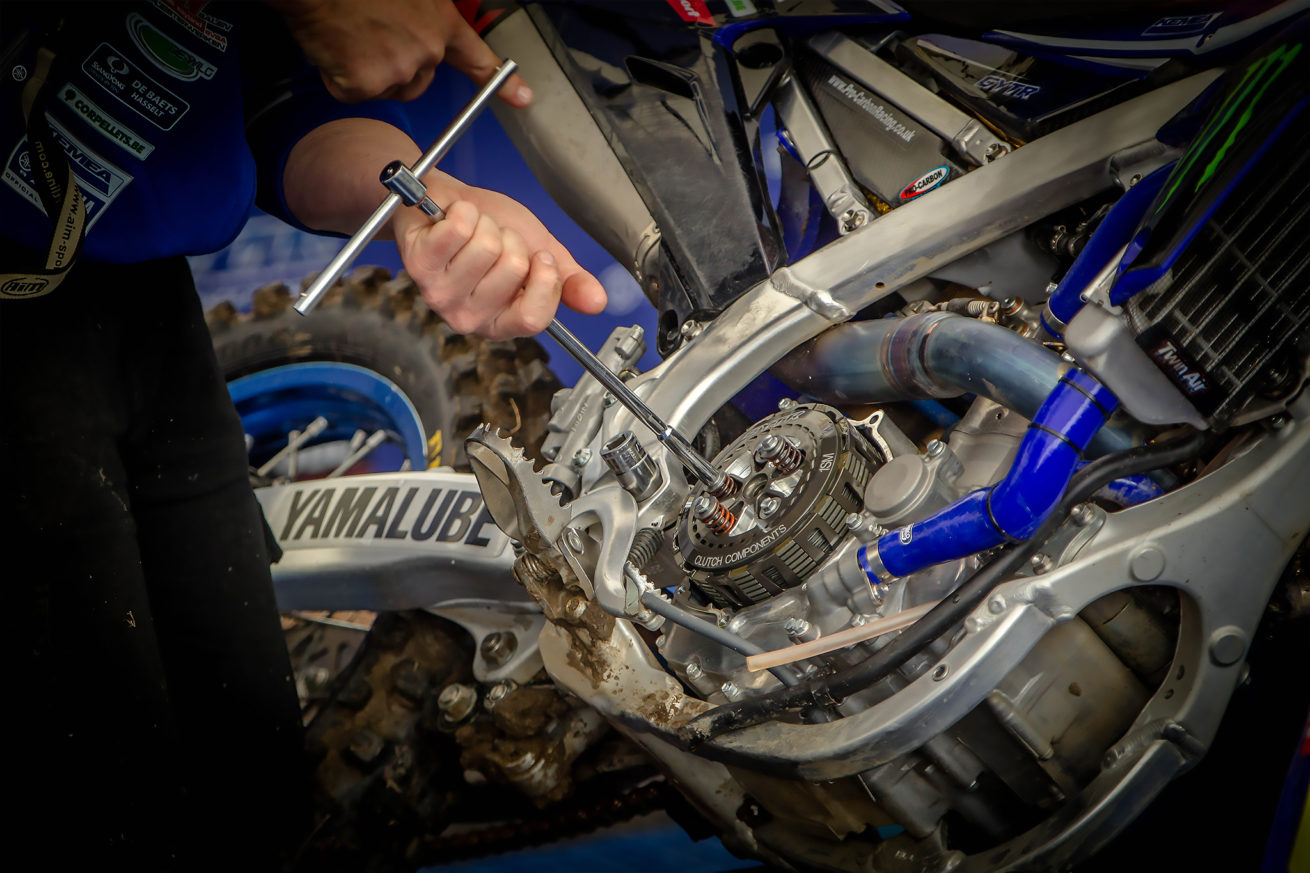 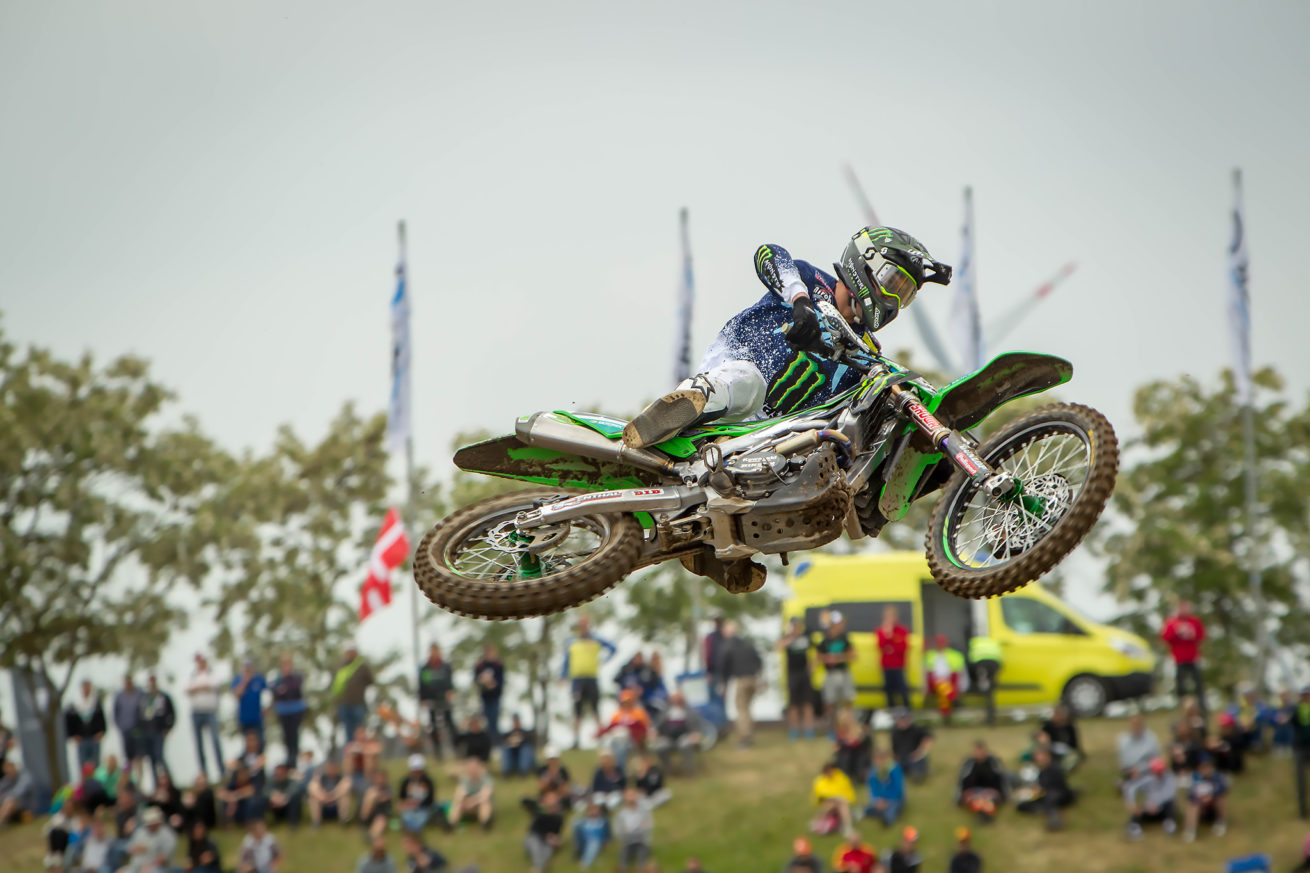 TEUTSCHENTHAL (Germany) 20 May 2018 – The 8th stop of FIM Motocross World Championship’s 2018 season, the MXGP of Germany has been completed today in Teutschenthal. Claiming the German GP wins where the Red Bull KTM Factory Racing riders of Jeffrey Herlings in MXGP and Jorge Prado in MX2.

A reworked track and sunshine led to perfect conditions in front of thousands of German motocross fans and created an amazing atmosphere for racing. The hills of Teutschenthal were filled with the some of the loudest and most energetic fans seen so far this season who would witness some of the most interesting racing to match.

Race 1 started with a season first Fox Holeshot from Paulin but Herlings was right alongside the Frenchman and took the position almost immediately. In third behind the pair was Gajser and Monster Energy Yamaha Factory MXGP’s Romain Febvre.

Cairoli proceeded to the back wheel of Desalle for several laps before he lost control in a rutted turn and dropped his KTM. The mistake cost Cairoli but only in the way of time as he remounted in the same position in which he fell.

Race 2’s start was remarkably similar as Paulin took the Fox Holeshot but Herlings took the lead before the second corner. A mistake from Paulin on the opening lap allowed Gajser into second but Paulin quickly rejoined the race just ahead of his fellow Frenchman, Febvre.

Behind Febvre was Van Horebeek on lap 1 with Desalle and Red Bull KTM Factory Racing’s Glenn Coldenhoff behind the pair of YZ450s. On the second lap Van Horebeek made a mistake which put him off the side of the bike and into the path of Monster Energy Kawasaki Racing Team’s Julien Lieber. Lieber was able to remount his Kawasaki in 15th but Van Horebeek would not resume the race.

The incident helped Cairoli to move forward in the running order from 9th to 6th once again finding himself behind Desalle. In the following 15 laps the top 8 riders remained in the same position before Febvre dropped 3 positions in lap 16 and BOS GP’s Evgeny Bobryshev lost a 8th position to TM Racing Factory Team’s Max Nagl.

Nagl, racing at his home GP, had an impressive comeback to the 8th spot after starting in 16th, all with the help of the vocal support from his fans. Across the finish line Herlings beat out Gajser by over 28 seconds with Paulin, Desalle, and Cairoli rounding out the top five. In the overall result the math was easy for the consistent 1st, 2nd, and 3rd place finishers, Herlings, Gajser, and Paulin. Cairoli would end up outside the top 5 in 6th with Desalle 4th and Febvre 5th.

Jeffrey Herlings: “Both races the riding was really good, I couldn’t wish for anything else, I led every single lap both today and this weekend, so I’m very pleased…it was a dream come true kind of weekend.”

Tim Gajser who took his second podium of the 2018 season: “I’m feeling good, I’m happy with the weekend actually, I was quite consistent and also I like the track here so I was looking forward to this race. It was actually the first race I was feeling comfortable this year…so hopefully we can continue to work hard.”

Gautier Paulin: “The racing went consistent, of course I want to be more up front, I got the Fox Holeshot in both races but then Jeffrey passed me directly after. But it was good, I’ve tried to improve myself but the bike was working awesome and finally we’ve improved our start so it was good.”

At the start of Race 1 the KTM pair of Prado and Jonass rocketed out of the gate while Hitachi KTM UK’s Conrad Mewse crashed down the start straight. Prado took the Fox Holeshot but just like Paulin in the MXGP class Prado was passed right away by the points leader, Jonass.

With Prado chasing Jonass for the lead on the opening lap the German MX2 hero Jacobi ran in 3rd. Unfortunately for Jacobi his Husqvarna lost traction as he jumped up onto the start straight causing him to bobble and letting both Vlaanderen and Watson past.

While Vlaanderen put his head down to catch Jonass and Prado, Rockstar Energy Husqvarna Factory Racing’s Thomas Kjer Olsen was battling with F&H Racing Team’s Jed Beaton. The battle between the Aussie and the Dane ended badly however as Olsen scrubbed his Husqvarna into the side of Beaton’s Kawasaki. The mid air mishap sent both riders down but both managed to continue the race. Beaton got back up in around 13th while Olsen was in 19th.

As the Beaton and Olsen worked their way forward, Prado was unable to find a way around Jonass as Vlaanderen was applying pressure to the Spaniard. Luckily for Prado, Vlaanderen was also struggling to find a preferred passing spot and both remained 2nd and 3rd whilst Jonass won the race. Well worth mentioning was Beaton’s charge through the pack to finish 7th while Olsen only managed to reach 15th.

Race 2 started with another Fox Holeshot from Jorge Prado after hitting elbows with Jonass into the first turn. Prado clearly learned a lesson from race 1 and did not allow Jonass to take the lead early again.

Again in 3rd after the start was Jacobi who managed to hold the position longer. Just behind Jacobi with an amazing start was the number 931 of Andrea Zanotti from San Marino. On the 3rd lap Olsen found his way into the 4th spot but only 2 laps after taking the position Vlaanderen took it away. Olsen then came under heat from Watson who made it past the Dane on lap 11. Only a lap after that Jacobi was moved back by both Vlaanderen and Watson.

Prado crossed the finish 5 seconds ahead of Jonass leaving the #61 with the overall. Even though the pair leave tied in points the overall win for Prado was significant and it gave Claudio de Carli his 100th win as Team Manager. Vlaanderen took his 2nd third place finish of the day marking his best ever result and giving him his first MX2 podium of not only 2018 but also aboard his new HRC bike.

Jorge Prado: “The first race was quite tough and in the second race I knew the start was really important, I don’t know what happened off the gate… but I went into to Pauls a little bit and we kind of fought into the first corner to see who would get the FOX Holeshot but I was on the inside and after that I could just lead every lap so I’m pretty happy.”

Pauls Jonass: “Actually I’m feeling good, I didn’t gain anything but I didn’t lose anything so it is still positive.”

Calvin Vlaanderen reached his first podium of the 2018 MX2 season: “It was a good weekend overall, I had a good feeling on the bike. It was good to hold on for third with 3-3 for the day and it is good to give back to the team for all their hard work and to get on the podium.”

The FIM Women’s Motocross World Championship’s 3rd round of 2018 played out over 2 days on the German circuit of Teutschenthal. Altherm JCR Yamaha’s Courtney Duncan faced tough competition and a challenging track this Saturday and Sunday but provided a masterclass for her competitors taking double race wins.

The WMX round of Germany was held along side the MXGP of Germany’s MXGP and MX2 races on the classic motocross track with tens of thousands of fans witness the action.

Coming into the weekend Courtney Duncan led the Championship with 2 rounds complete and at the drop of gate for Race 1 on Saturday she would take the Holeshot. Duncan battled with her fellow Yamaha mounted competitors such as MXFONTARACING Yamaha’s Kiara Fontanesi.

Fontanesi, who is the defending WMX Champion, took the lead from Duncan before the end of the first complete lap. Duncan chased Fontanesi for 10 laps as Nancy van de Ven was running in third.

The German fan favorite was of course Larissa Papenmeier who maintained 4th position every lap from the start just ahead of fellow German Stephanie Laier. Back at the front the pair of title contenders battled on their way through lapped traffic but when the two lap board came out, Duncan made a pass to win the race almost 7 seconds ahead of Fontanesi.

Race 2 started with Duncan again out front but Fontanesi back slightly further unable to put in an early challenge. Splitting Duncan and Fontanesi on the first lap was Nancy van de Ven while Papenmeier was again 4th.

Fontanesi passed van de Ven for 2nd on lap 2 and 2 laps after that Papenmeier moved into 3rd. The #85 of van de Ven then lost 2 more spots to both Sara Andersen from Denmark and KTM Silver Action’s Amandine Verstappen.

Nancy van de Ven was able to get back two positions but remained unable to pass Papenmeier which would ultimately decide the final spot of the podium. Duncan took her second race win of the weekend this time by more than 15 seconds over Fontanesi. In the overall standings Duncan and Fontanesi clearly went 1-2 after identical race scores but Papenmeier took the final spot on the podium after a tie in points with van de Ven but a better race 2.

Courtney Duncan stated: “Overall the weekend went pretty good, I think when you go 1-1 you have to be happy and I am. I’m also really excited for Ottobiano!”

This weekend the MXGP calendar made a stop at Germany’s Teutschenthal motocross track and along with it came the European Motocross Championship’s EMX125 class presented by FMF Racing. Topping the group of riders at the end of the weekend was Team Maddii Racing Husqvarna’s Mattia Guadagnini with unbeatable 2-1 finishes.

88 riders entered the racing from around the world for their chance to qualify for the main races’ 40 rider starting list. Qualifying on Saturday morning narrowed the field down for Race 1.

From the start to the finish KTM Junior’s Rene Hofer led race 1 with red plated #11. Behind Hofer the first half of the race was Jezyk Racing team’s Eddie Wade. Wade, the 2017 FIM Junior Motocross 85cc World Champion, had the Husqvarna of Guadagnini behind him from the start but on lap 9 of the 15 total Wade lost the spot.

Yamaha Europe EMX125’s Thibault Benistant, a first time podium finisher from last weekend in Latvia, ran in 4th every single lap. Past the checkered flag Hofer won his 4th race of the season while Guadagnini took 2nd and Wade 3rd.

The surface for today’s Race 2 was noticeably different as the riders were the first on the track following overnight watering and track maintenance. The conditions played perfect into the hands of Meico Vettikfrom Estonia who took the lead early over Benistant, Guadagnini and Hofer. The Italian, Guadagnini, mounted a charge immediately and was into 2nd by lap two while for Hofer it took longer to move forward. On lap 5 Guadagnini was into the lead past Vettik but Hofer was still positioned 4th. With Guadagnini getting away, Hofer found a way to get by Benistant on lap 6 and then Vettik on lap 8.

In the remaining 6 laps Hofer chipped away at the gap of Guadagnini successfully. With only two corners to go Hofer was all over the back of the Italian who could feel the pressure. The last minute charge from Hofer was left too late to make a pass and Guadagnini took his first ever race win swapping results with Hofer for equal points. The race 2 performance gave the Italian his first ever overall victory while Hofer extended his points lead and Vettik took 3rd.