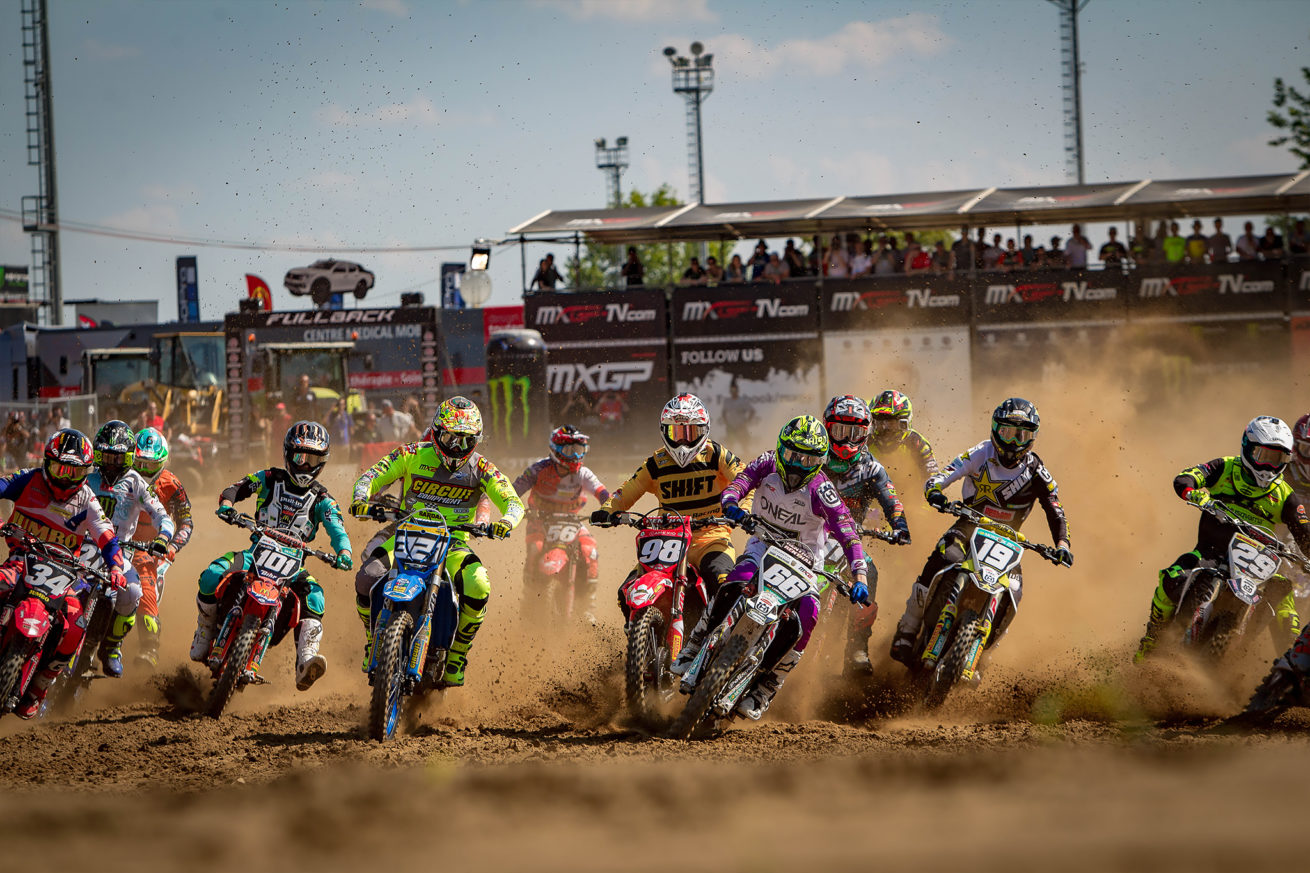 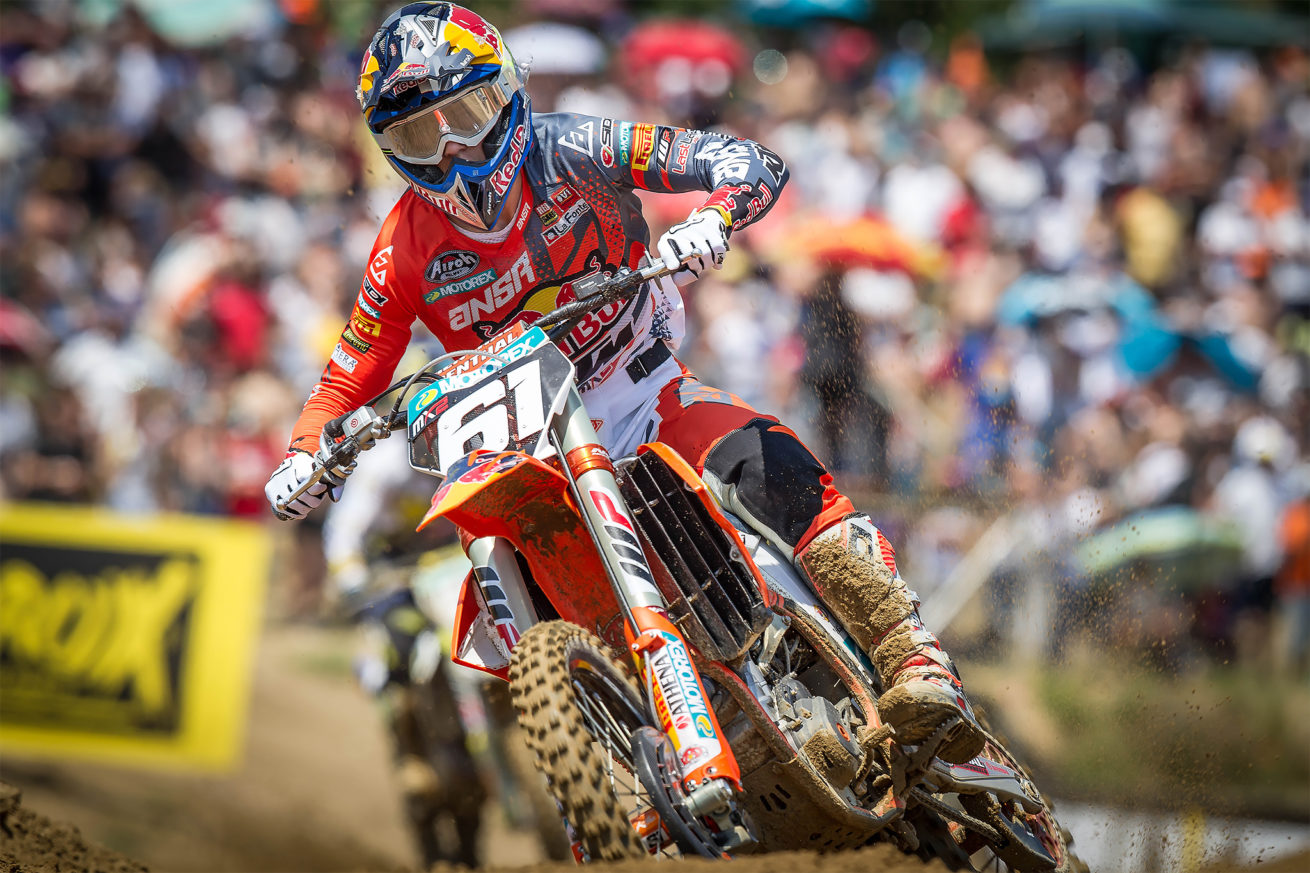 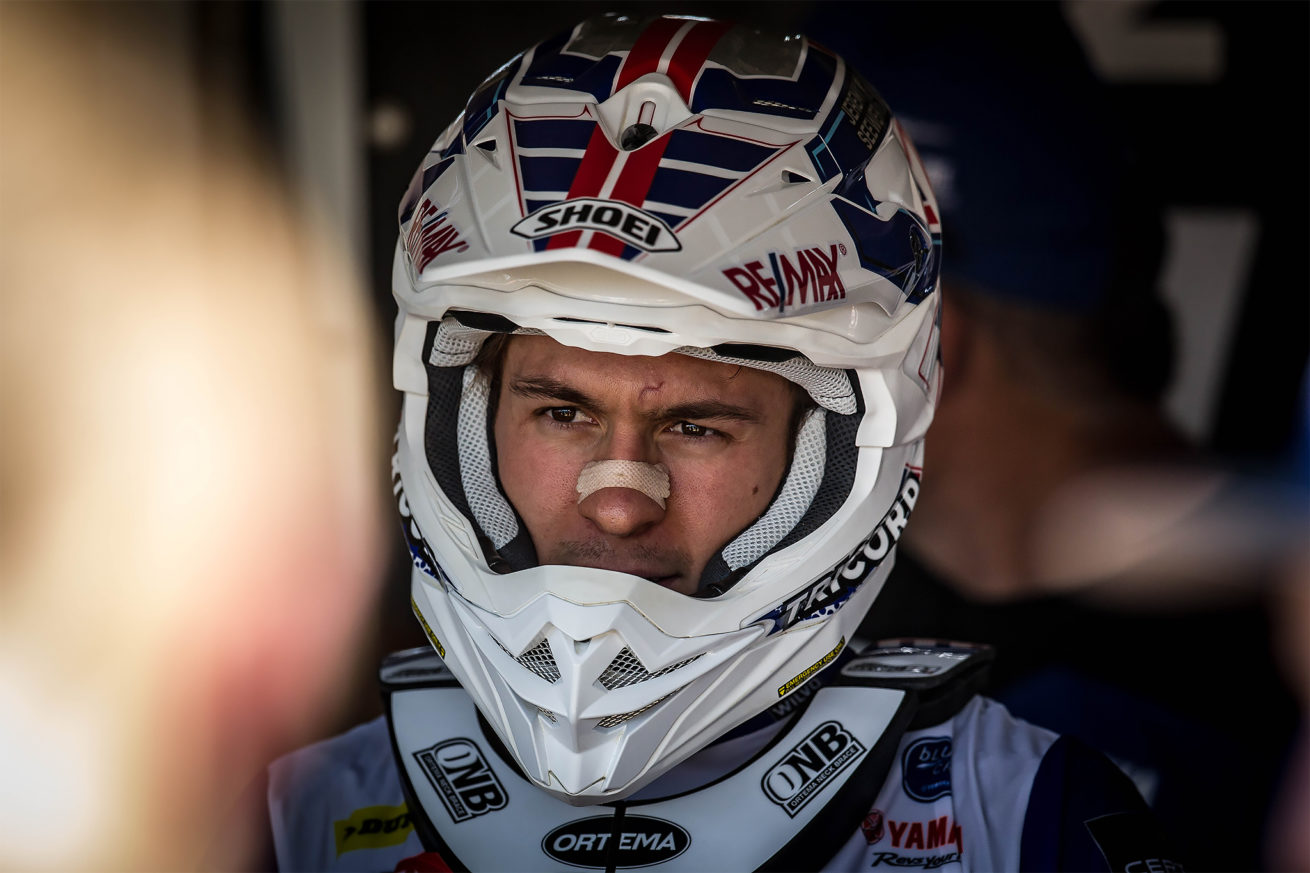 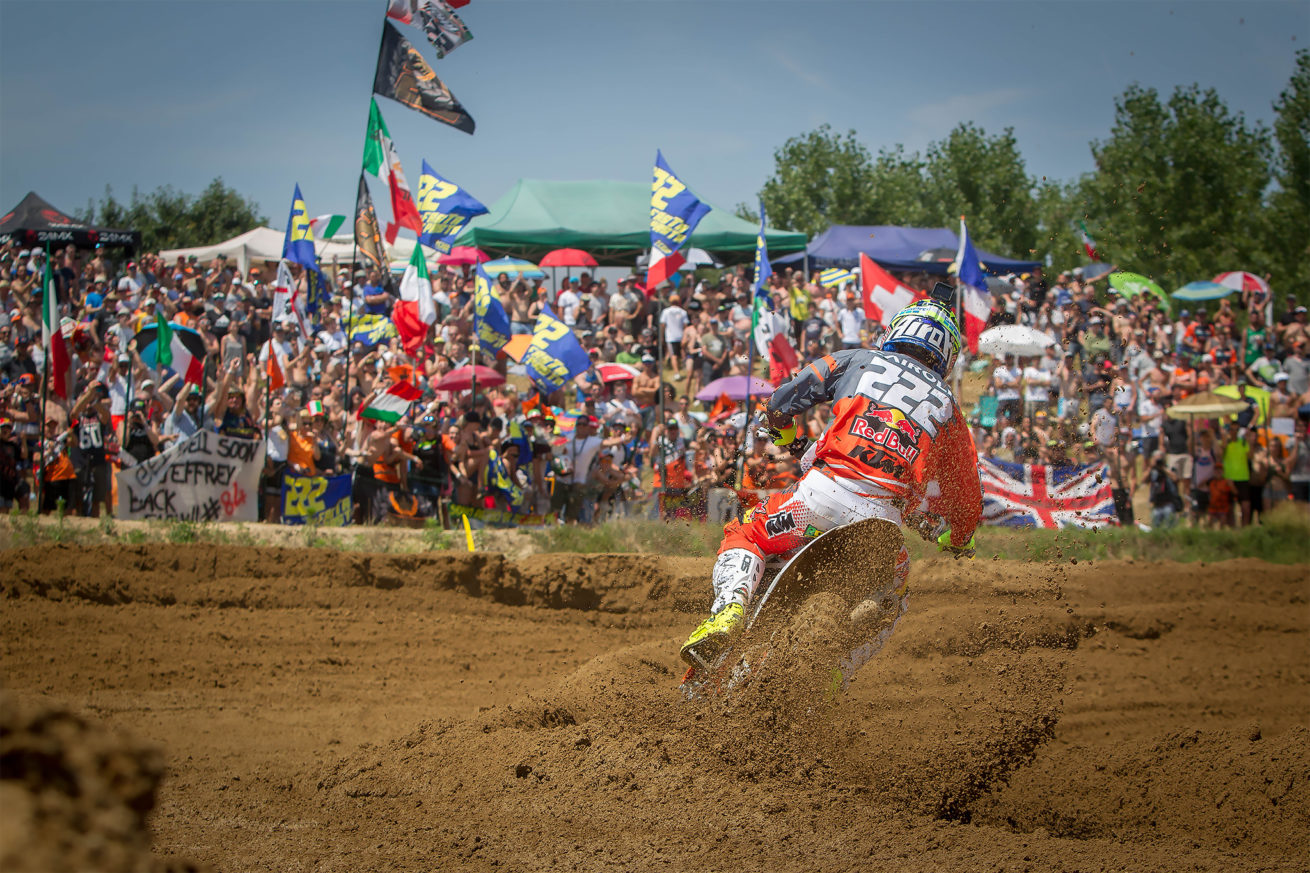 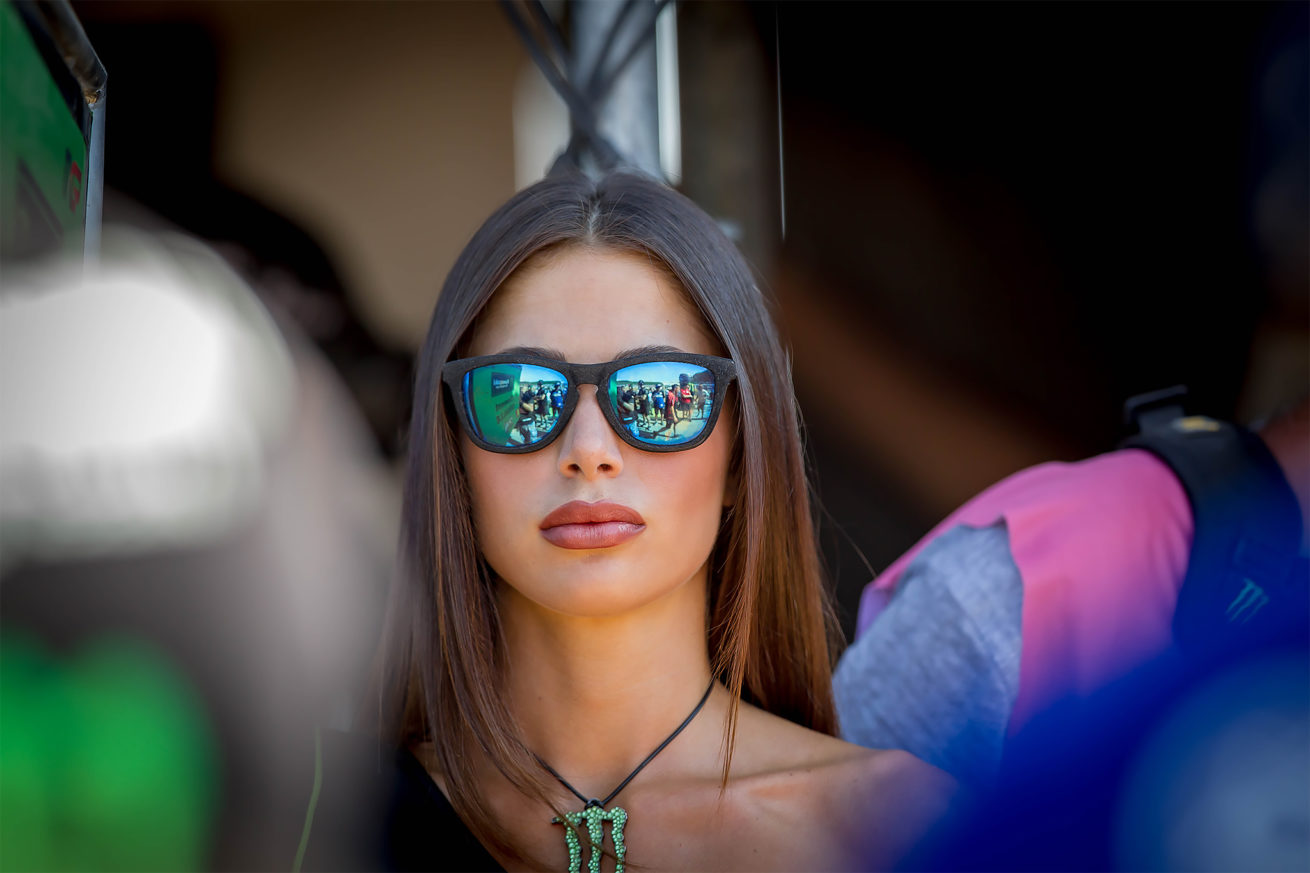 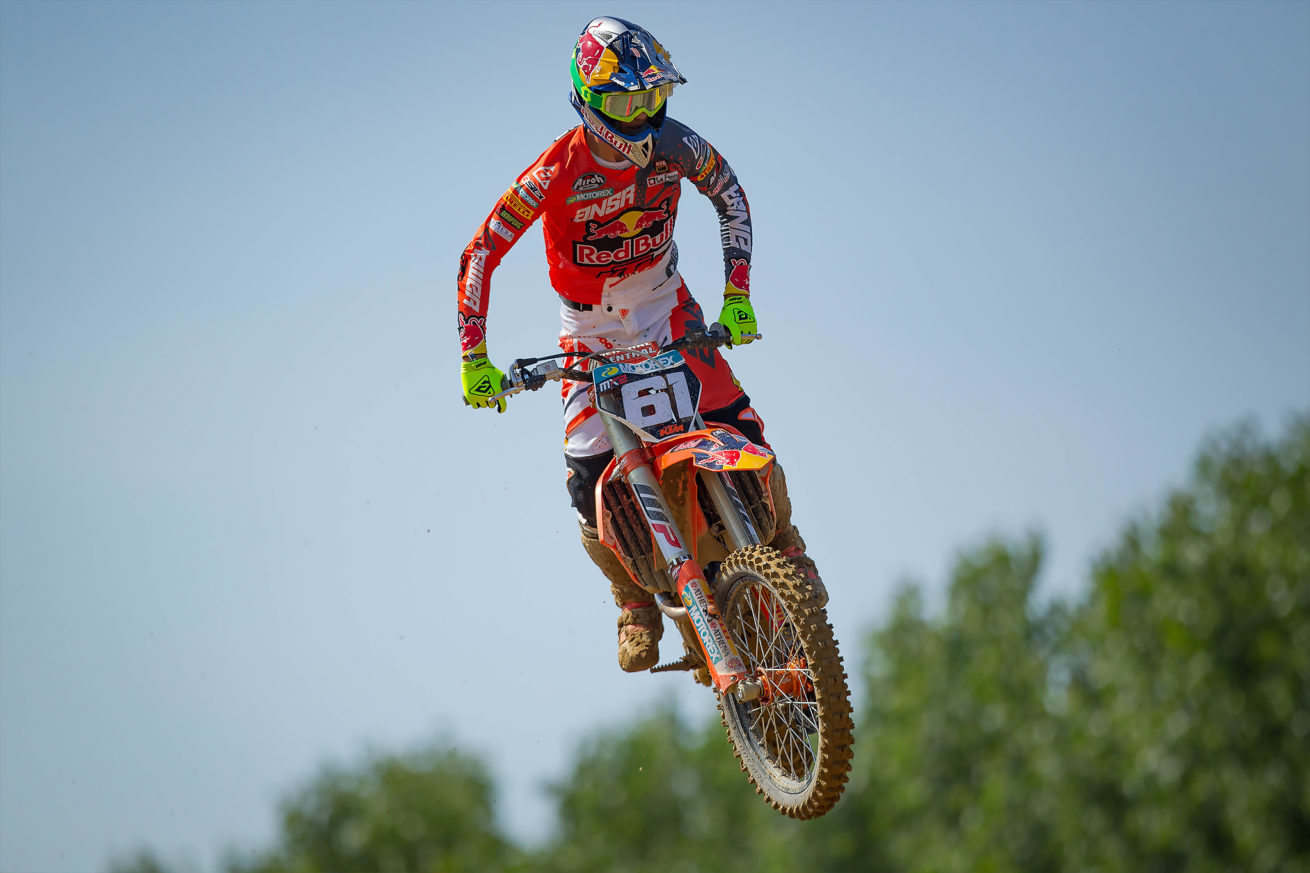 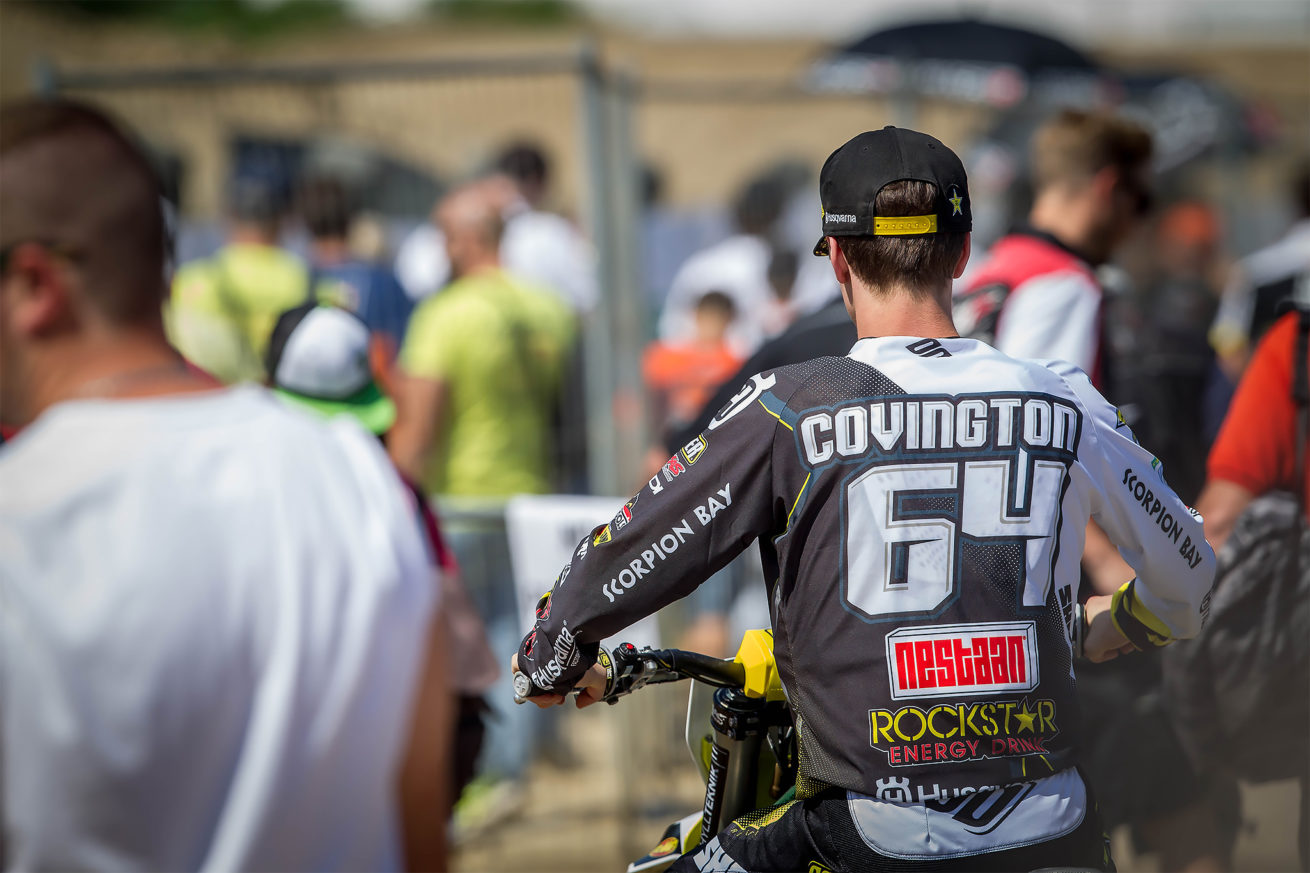 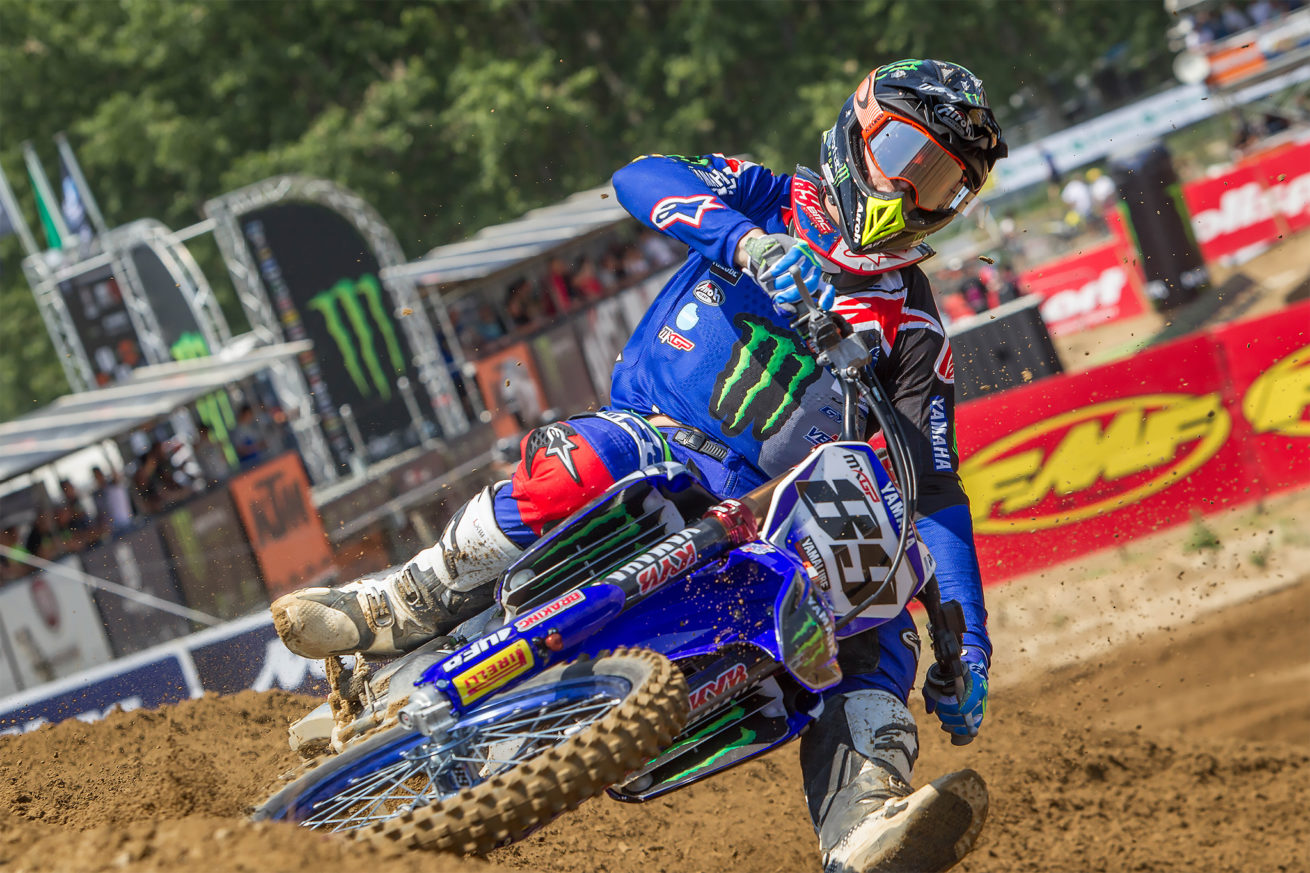 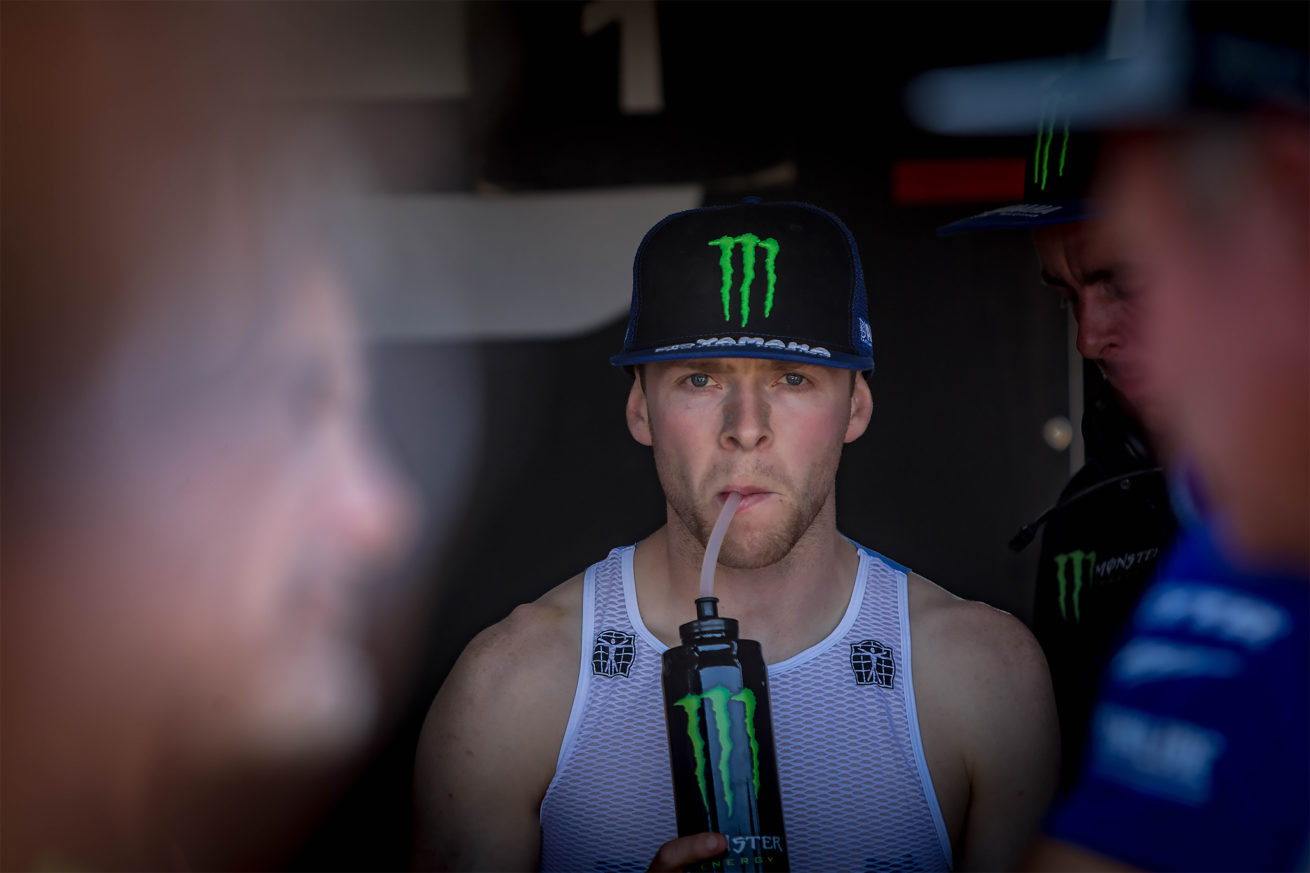 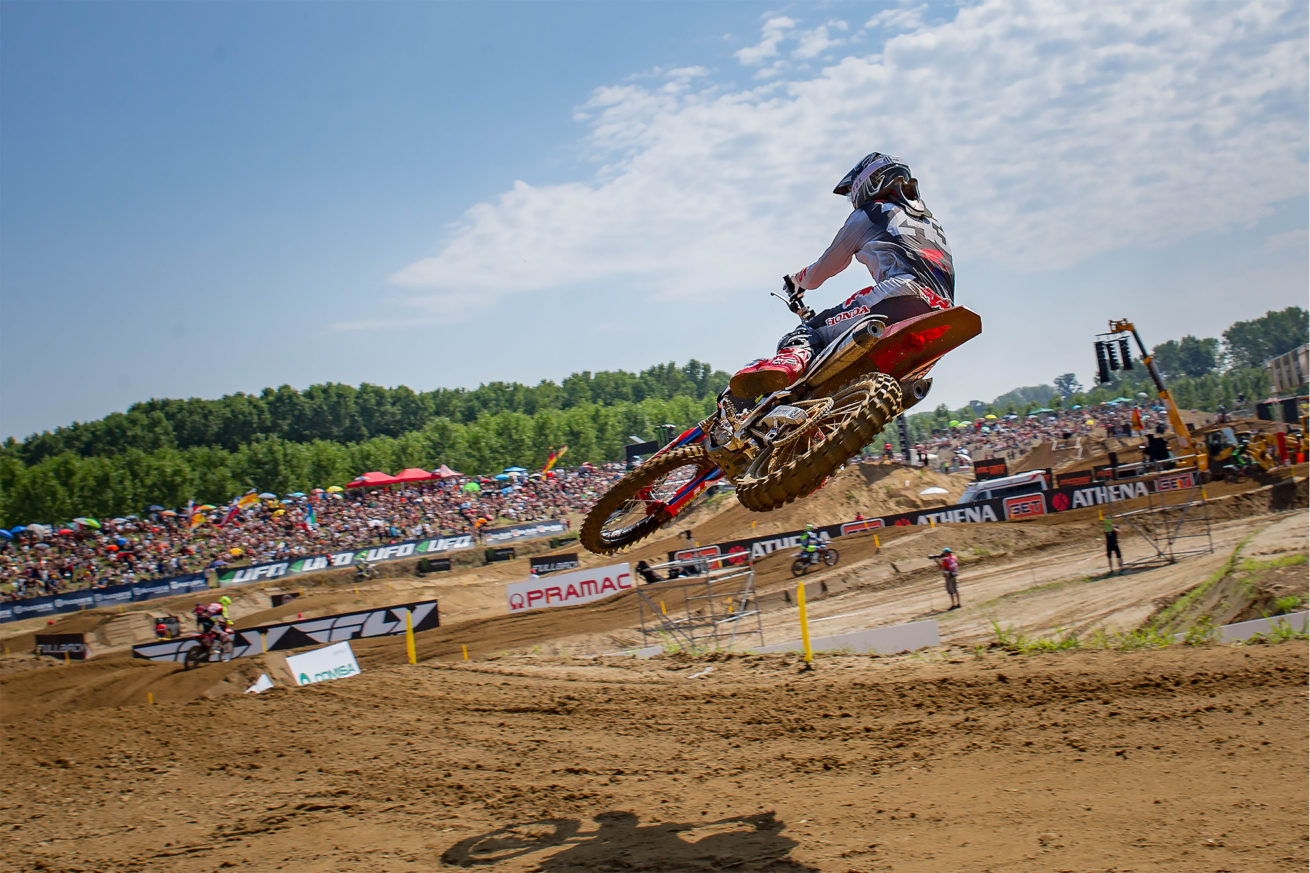 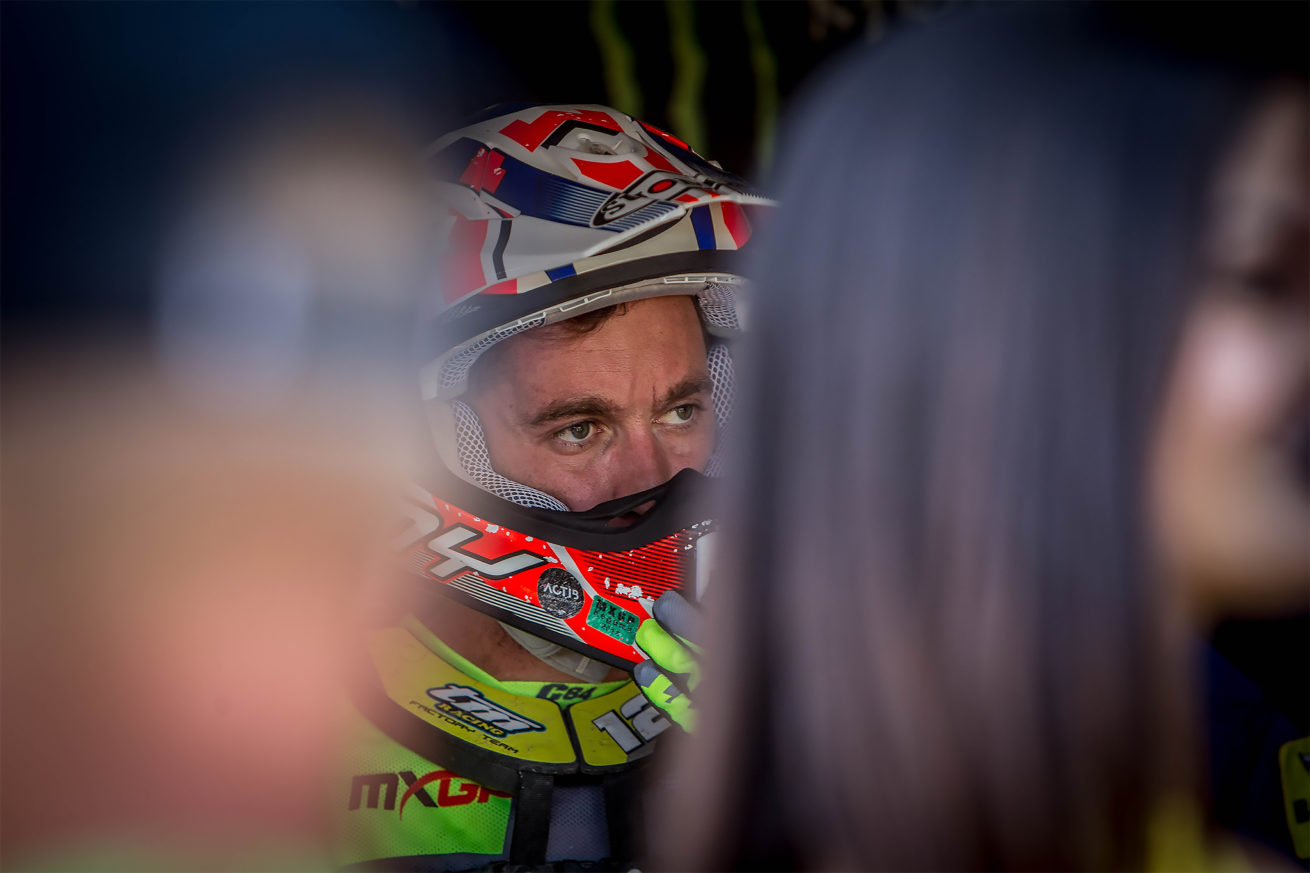 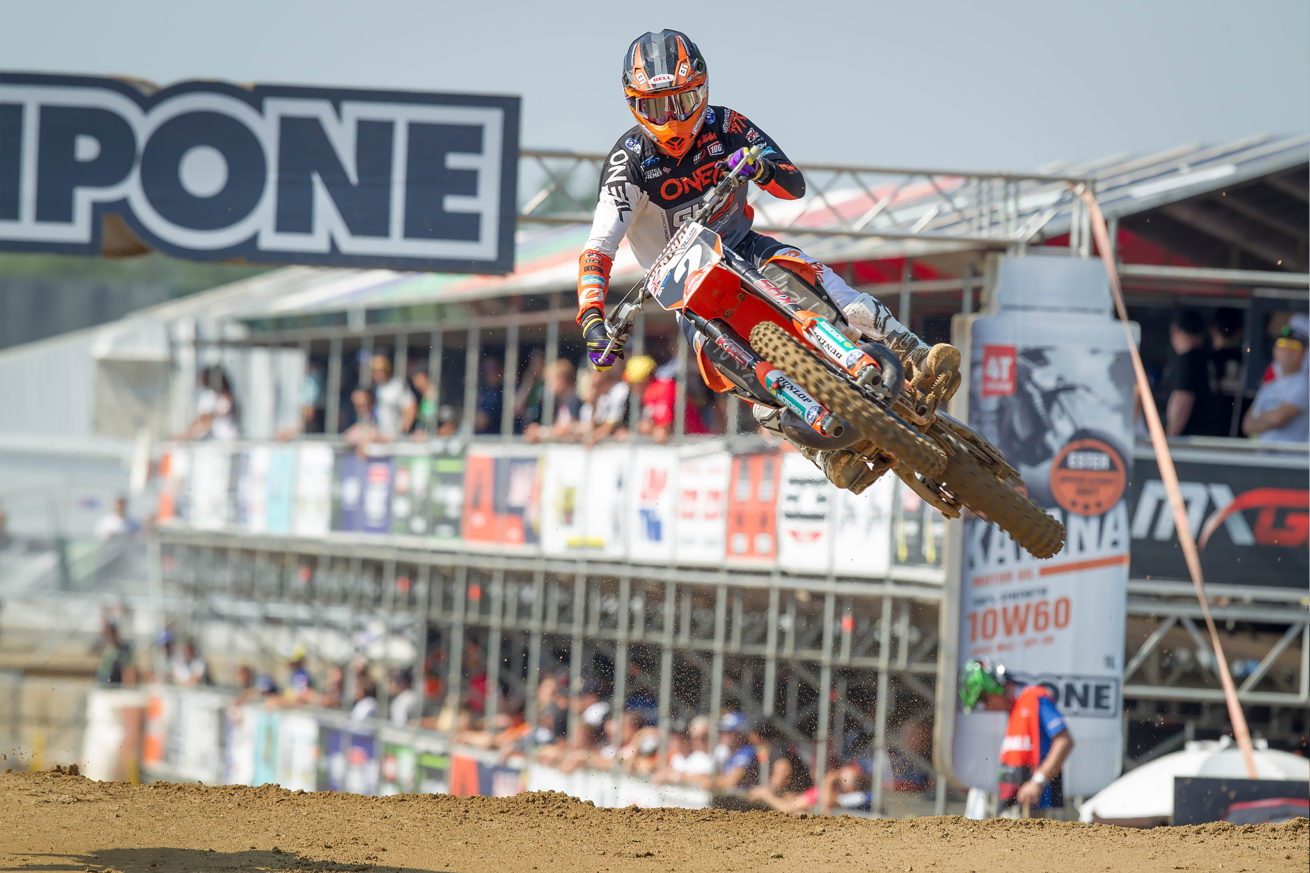 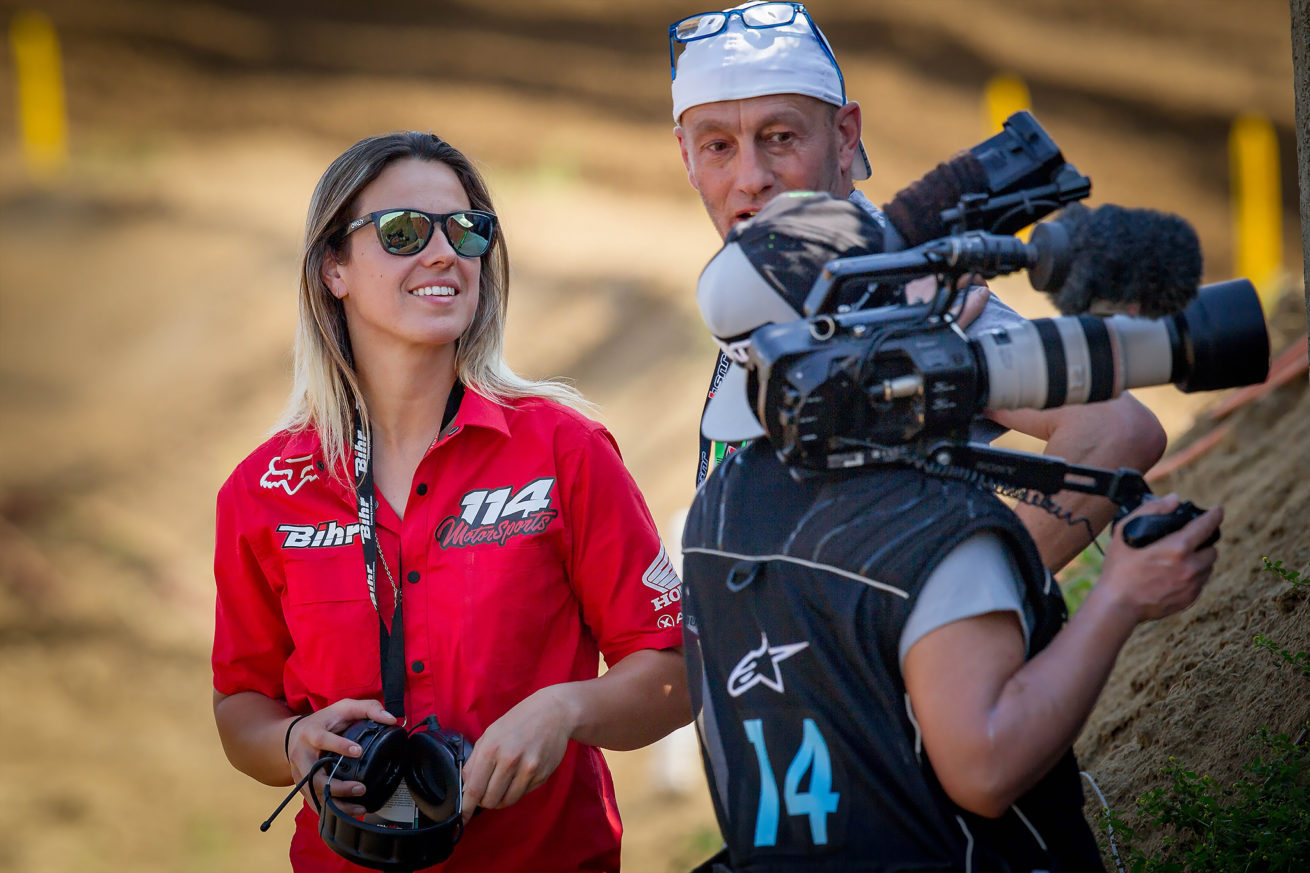 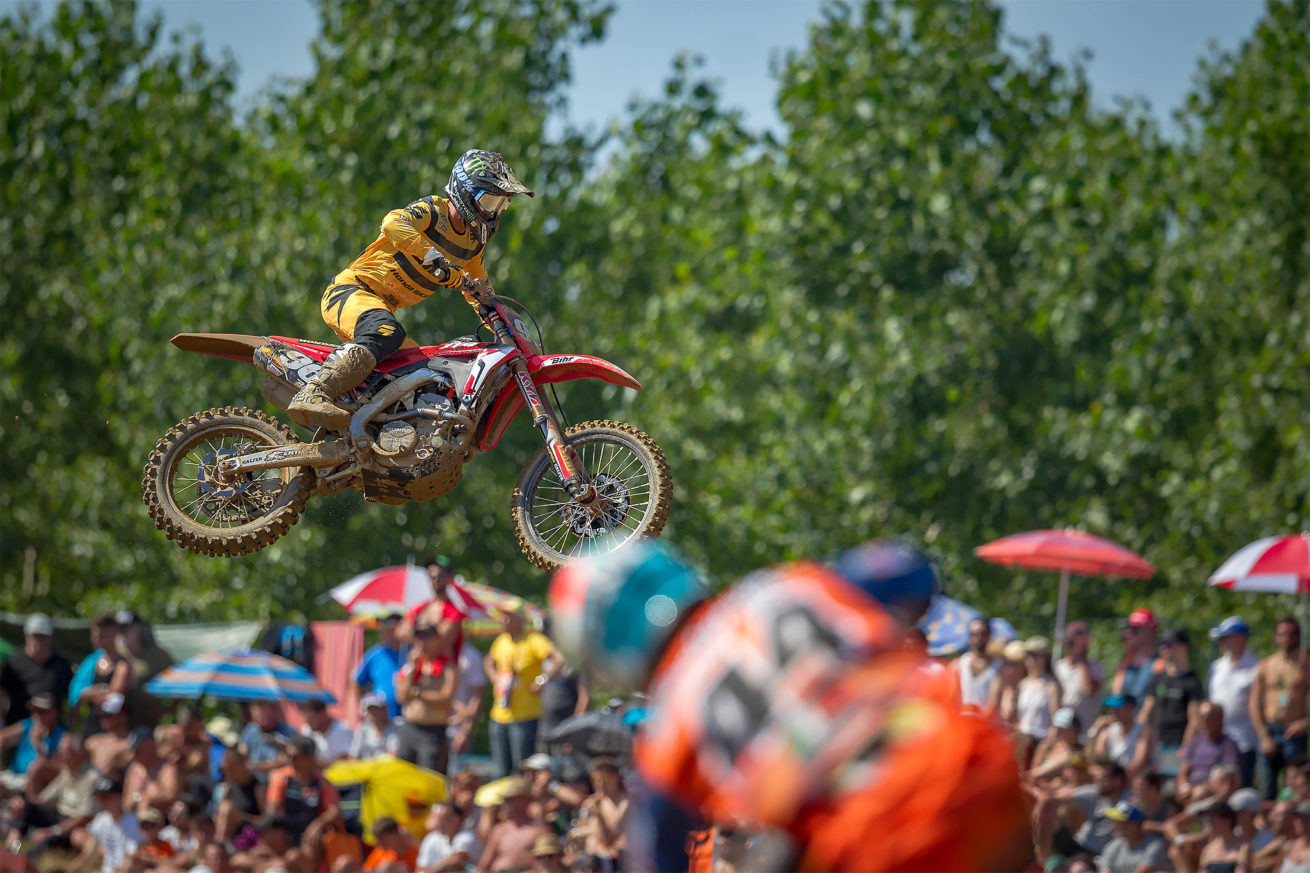 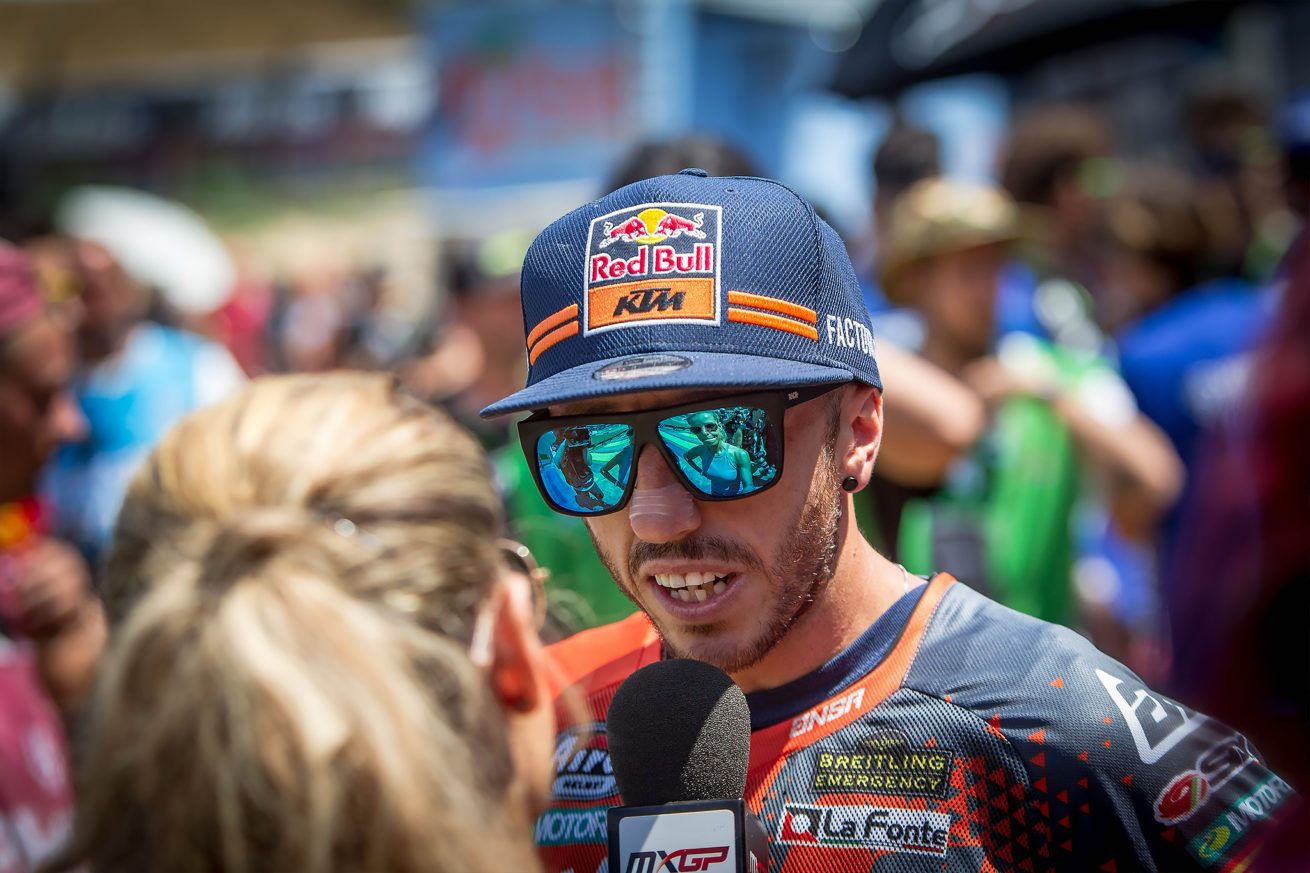 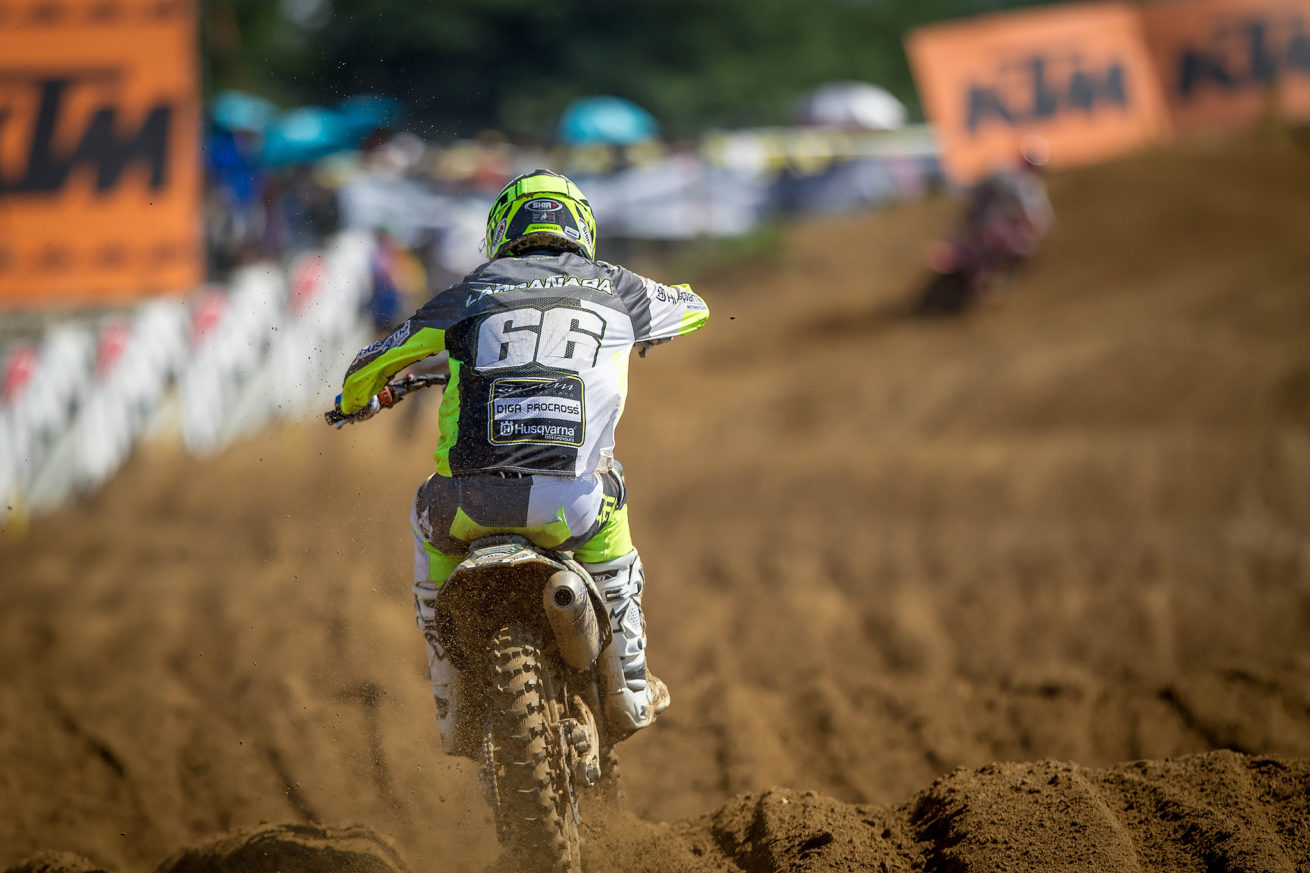 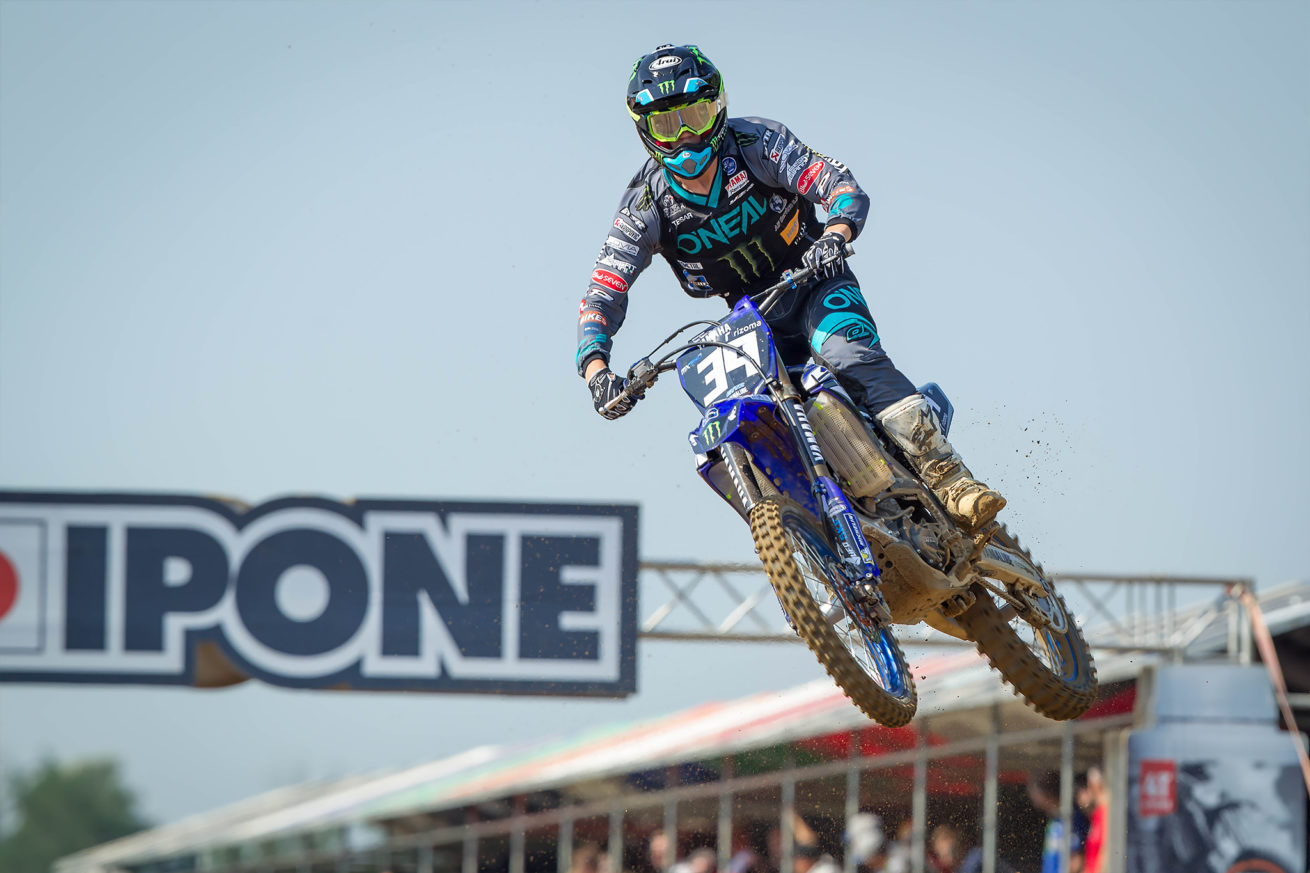 OTTOBIANO (Lombardia, Italy) 17 June 2018 – The 11th round of the 2018 FIM Motocross World Championshiphas wrapped up at the Ottobiano circuit in the Lombardia region of Italy. The Fiat Professional MXGP of Lombardia hosted one of the most important races of the 2018 season so far with Red Bull KTM Factory Racing’s Antonio Cairoli and Jorge Prado taking the overall wins and gaining precious championship points in the process.

Italy’s Ottobiano circuit was challenging for the best riders in the world with rough, technical, and sandy sections testing both rider fitness and ability. In addition to the track taking its toll on the riders’ energy so too did the high temperatures but thousands of Italy’s wildest motocross fans encouraged the MXGP and MX2 stars as they fought. Rewarded with a win from the Italian motocross superstar, Antonio Cairoli, the fans filled the hillside and starting straight for podium celebrations.

MXGP Race 1 was scripted perfectly for Red Bull KTM Factory Racing’s Antonio Cairoli as he took the Fox Holeshot after taking the 7th gate pick equal to his Saturday qualifying result. Cairoli’s start was indicative of the following 19 laps where he jumped in front of the field and never looked back.

Anstie had his teammate Paulin closing in which pushed him to catch Desalle. All the while Romain Febvre was back on a mission and took 5th from Nagl who was having a season high ride. On the last laps Anstie was all over Desalle for second but on the final lap he lost the front end in a turn and had to settle for third.

Cairoli took the race win with dominance, Desalle was second, then Anstie, Paulin and Febvre. Team HRC Tim Gajser made a pass on the next to last lap, after crashing in the first turn, to take 6th from Nagl.

Race 2 was another strong start from Cairoli in 3rd while Standing Construct KTM’s Kevin Strijbos took his first Fox Holeshot and Desalle was second. By the third turn Cairoli was past Desalle and only one turn after that he took the lead from Strijbos.

Gajser was fourth behind Desalle but by lap 2 was past the Belgian and into 3rd. Nagl was off to another good start to the race in 5th with the two French riders of Paulin and Febvre giving chase. Cairoli however went down on lap 2 while leading, lost 3 spots, and gave Strijbos the lead. Gajser would however only allow Strijbos one lap at the front before making his way into the lead.

Cairoli went back to work quickly after his fall and made one pass a lap for each of the next 3. Cairoli’s third pass was the one which gave him back the lead and it was done just in front of the home fans along the fence.

Desalle then fell in a corner losing positions to Paulin, Nagl, Febvre, and Anstie. Desalle’s race just got worse from then on as he caught a kicker and swapped out through the roller section and was narrowly missed by Wilvo Yamaha MXGP Official Team’s Jeremy Seewer. Desalle was lucky to come away unharmed but had to pull into to Pit Lane to have his bike repaired. Later rejoining the race Desalle took 20th position for only 1 championship point.

At the finish it was another strong win from Cairoli ahead of Gajser, Paulin, Anstie, and Seewer. In the overall standings Cairoli’s perfect 1-1 scored the maximum 50 points while Paulin and Anstie tied at 38 points a piece with Paulin taking 2nd and Anstie 3rd. The final result has cut the championship lead of Red Bull KTM Factory Racing’s Jeffrey Herlings to only 12 while both Paulin and Anstie achieved their season best results.

Antonio Cairoli: “Overall it was a good weekend. I’m taking home 50 points which is very important for the championship. We are looking forward to Indonesia, it will be a hot race which I like so hopefully we will be back on the podium which is always the goal.”

Gautier Paulin: “I feel good, most of the track is tough but I like it. Today was not easy, I had two bad starts, and had to come from the back of the pack. I had a good feeling and I’m happy to go back home with a second place.”

Max Anstie: “It’s nice to have got it done today and turn the page, hopefully now we can keep the ball rolling and it is just nice to be here on the podium with the guys. Overall I’m pleased with the riding… I’m looking forward to Indonesia”

Just like in the MXGP class the MX2 title chase is tightening up between the two main protagonists. Red Bull KTM Factory Racing’s Pauls Jonass leads the points but his younger teammate Jorge Prado has again cut into the lead this weekend.

Race 1 started with the now typical Fox Holeshot from Jorge Prado with Rockstar Energy Husqvarna Factory Racing’s Thomas Covington, Kemea Yamaha Official MX2’s Ben Watson, and STC Racing Husqvarna’s Henry Jacobi chasing in that order. Jonass was around 7th place but was up to third after a pair of passes on Watson with the second finally sticking.

Olsen teammate, Covington, chased Prado for the first 7 laps but then he started to see the Spaniard making mistakes and took the opportunity to claim the lead. Covington then controlled the race and gapped Prado who had Jonass giving chase while also holding off Watson in 4th. Across the finish Covington won the race 5.8 seconds ahead of Prado, Jonass, Watson, and Olsen.

MX2’s second race looked nearly identical out of the first turn with Prado taking the FOX Holeshot and Covington second. Olsen found himself 3rd in opening lap ahead of Jonass and Jacobi. Team HRC’s Calvin Vlaanderencame from around tenth to pass Jacobi for 5th on lap 5. 3 laps later Watson took the spot away but Vlaanderen fought for the spot back on the next lap. The pair’s battle resulted with Watson holding the position.

Meanwhile at the front of the field Prado’s lead was too far gone and Covington soon lost positions to Olsen and Jonass. At the finish of Race 2 Prado won both the race and the overall with Olsen 2nd, Jonass 3rd, Covington 4th, and Watson 5th. Covington was second in the overall behind Prado but ahead of Jonass. Prado’s victory cuts the championship lead of Jonass to only 9 points as the series will head to Indonesia in two-week time.

Jorge Prado: “It was a really good weekend for me, I could manage to take the win going 2nd and 1st so I’m really happy about that. Last year here wasn’t the best but this year made it to the podium and took the win.”

Thomas Covington: “The weekend overall felt really good starting on Saturday, I just had a nice flow around the track and I felt really comfortable with the bike. It was awesome.”