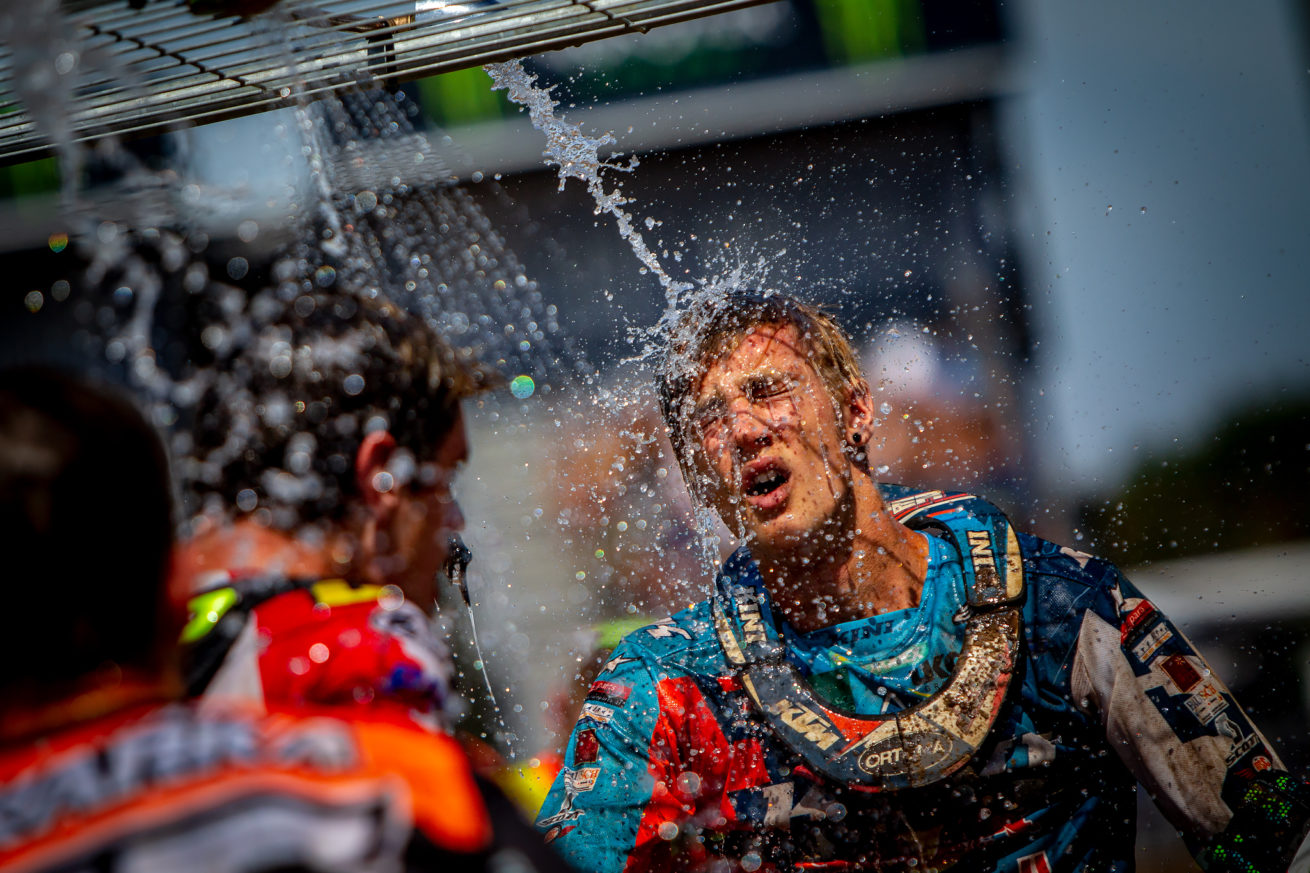 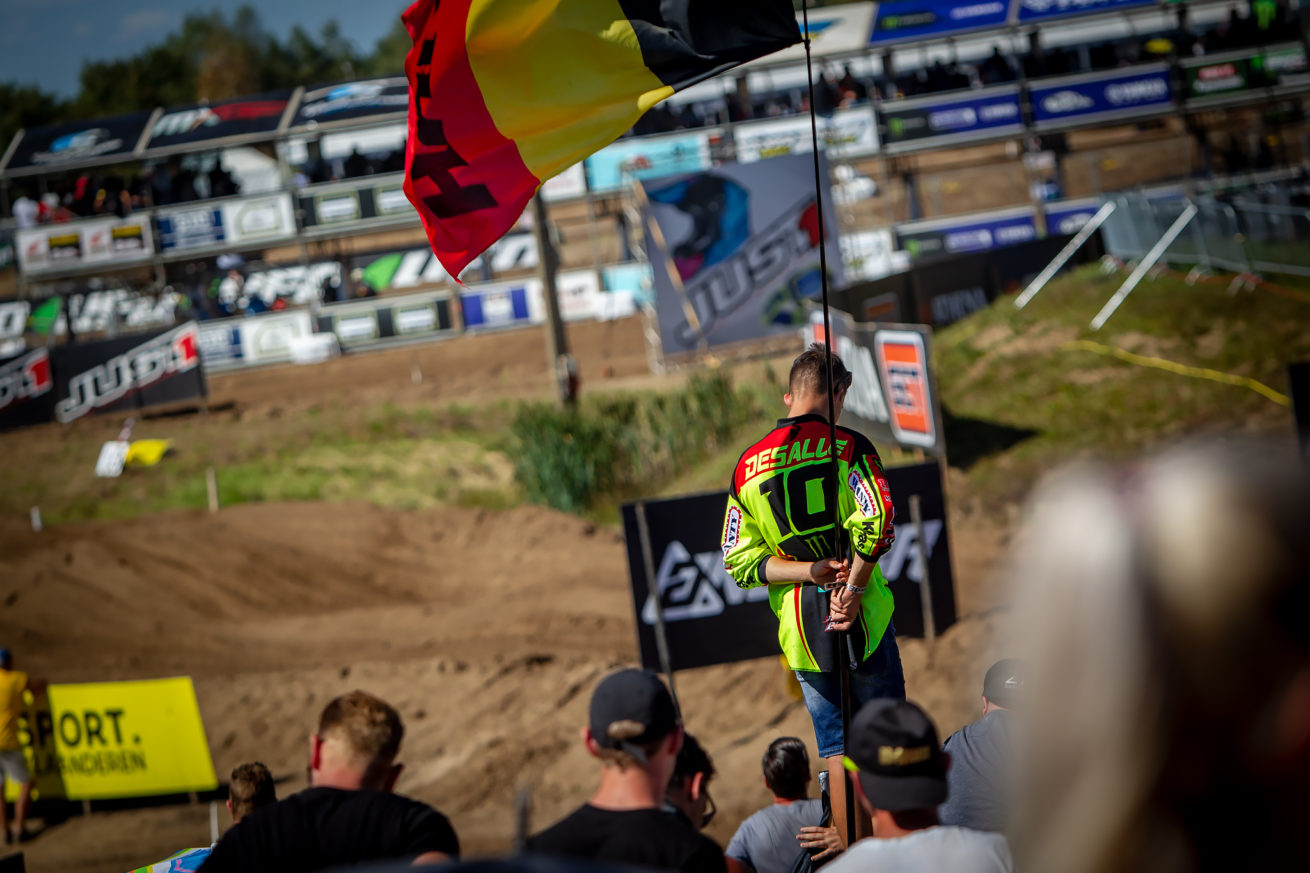 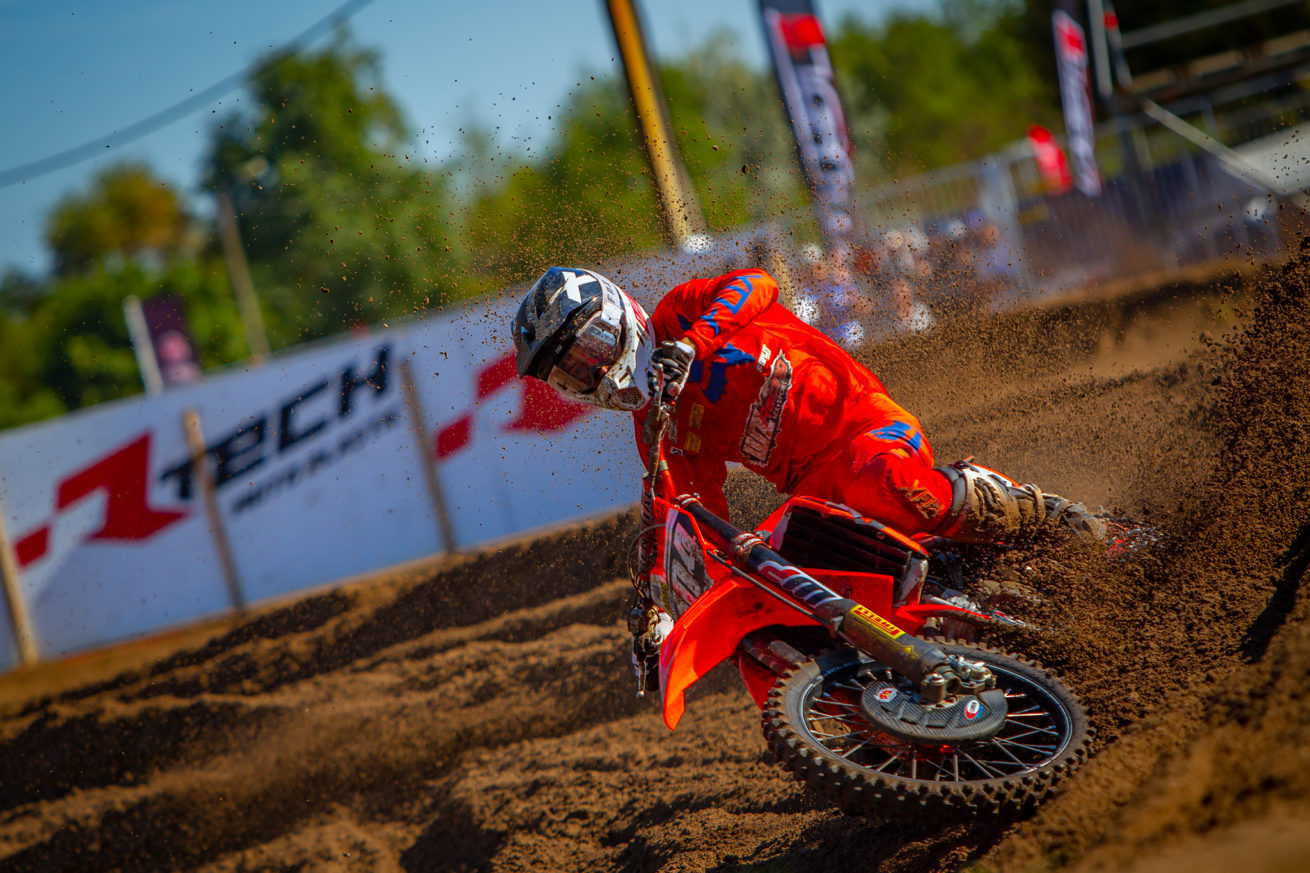 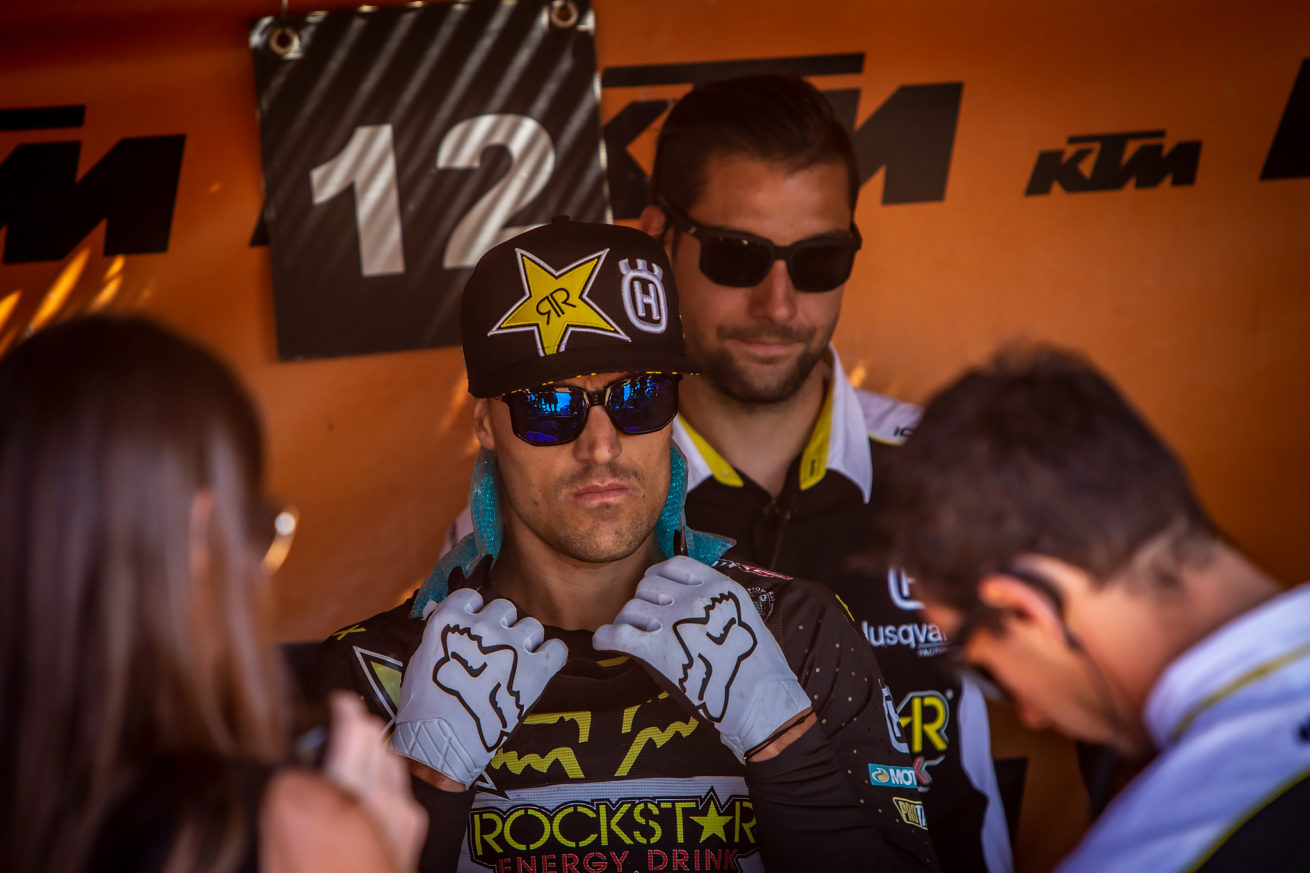 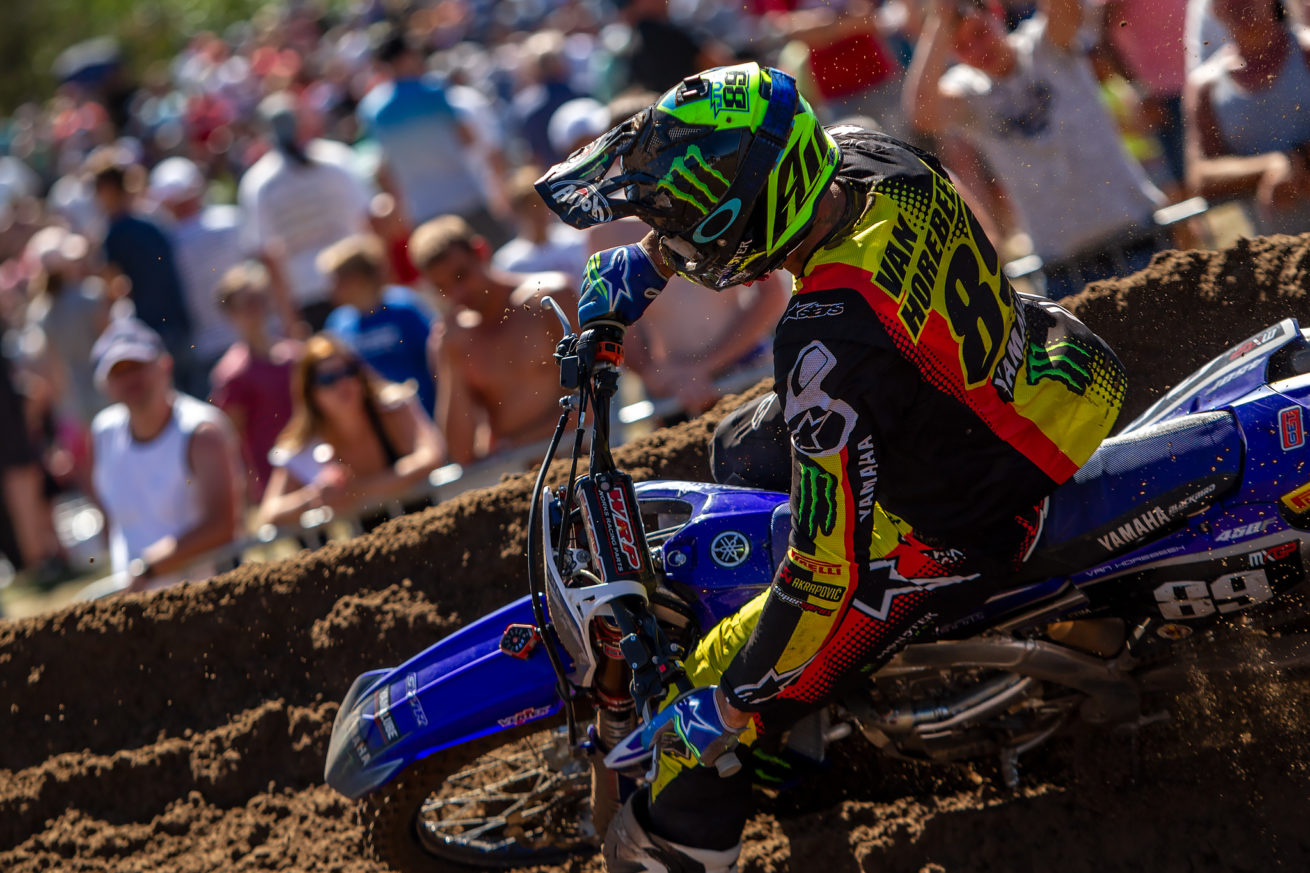 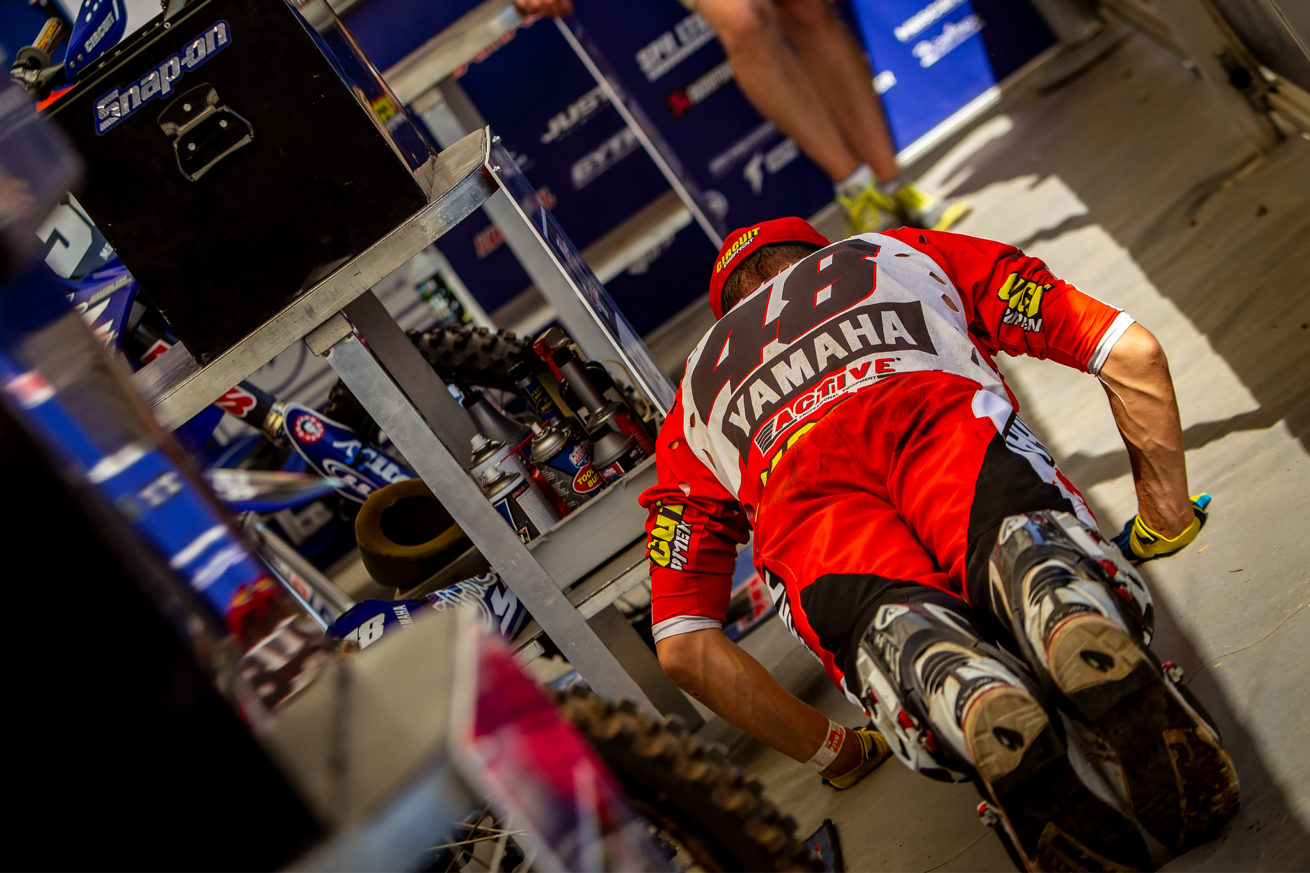 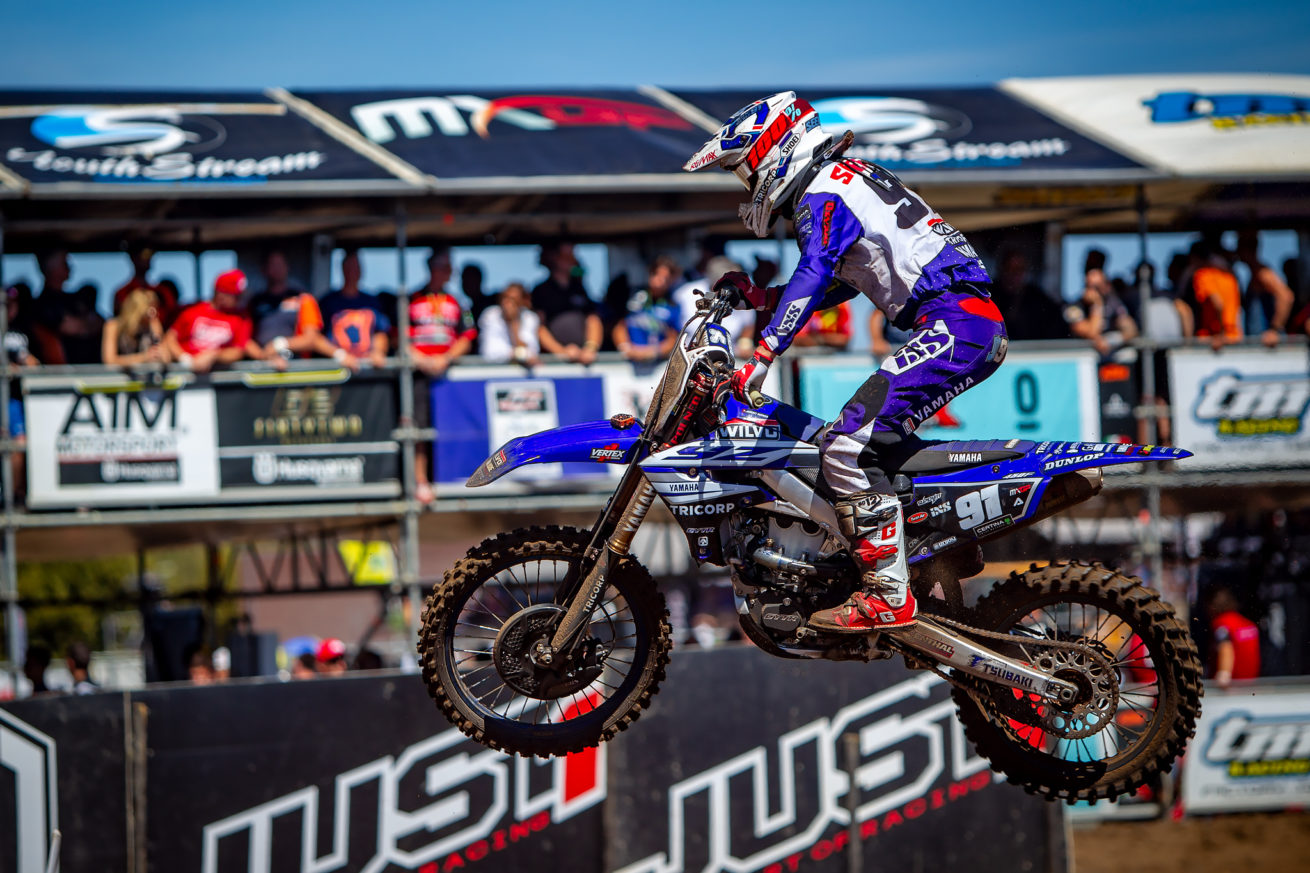 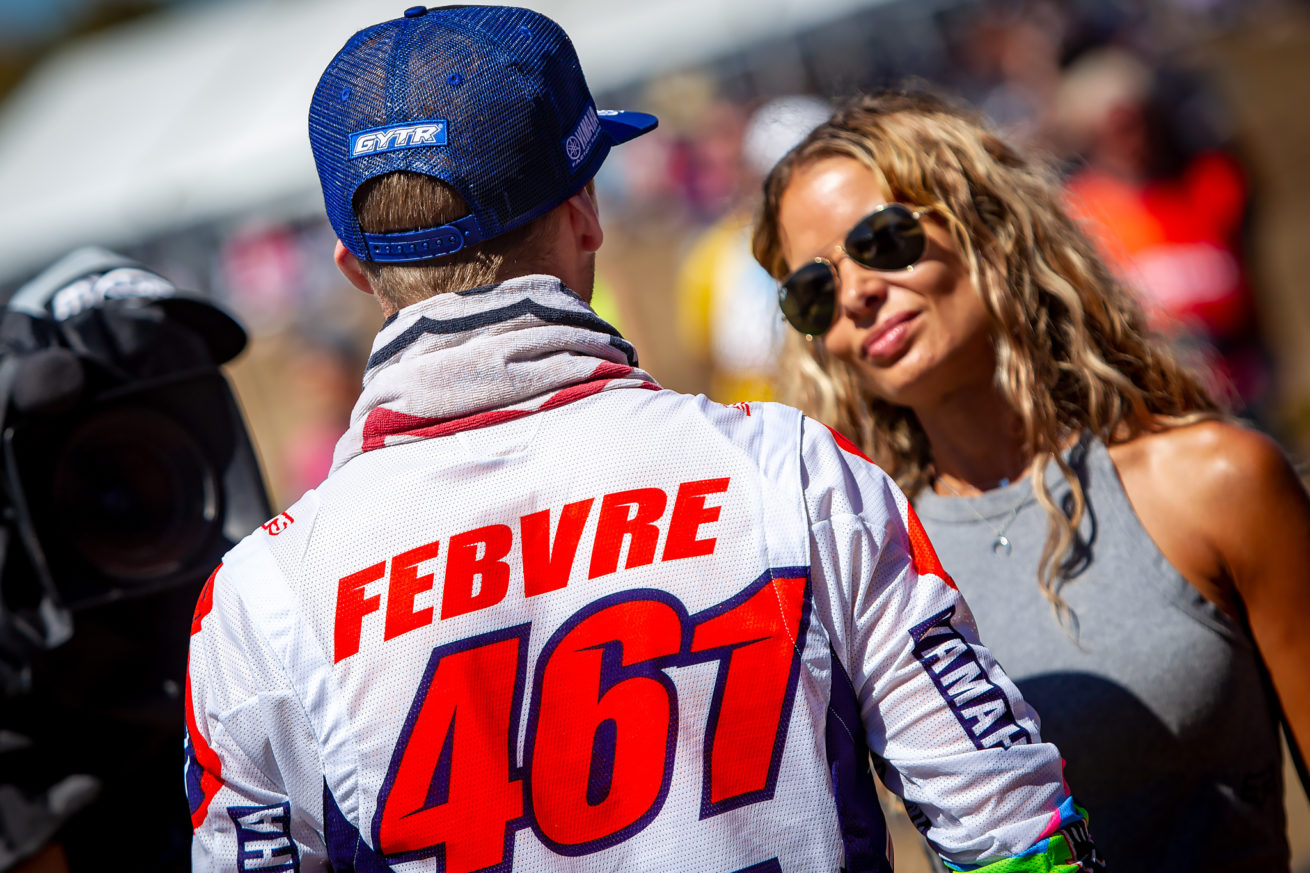 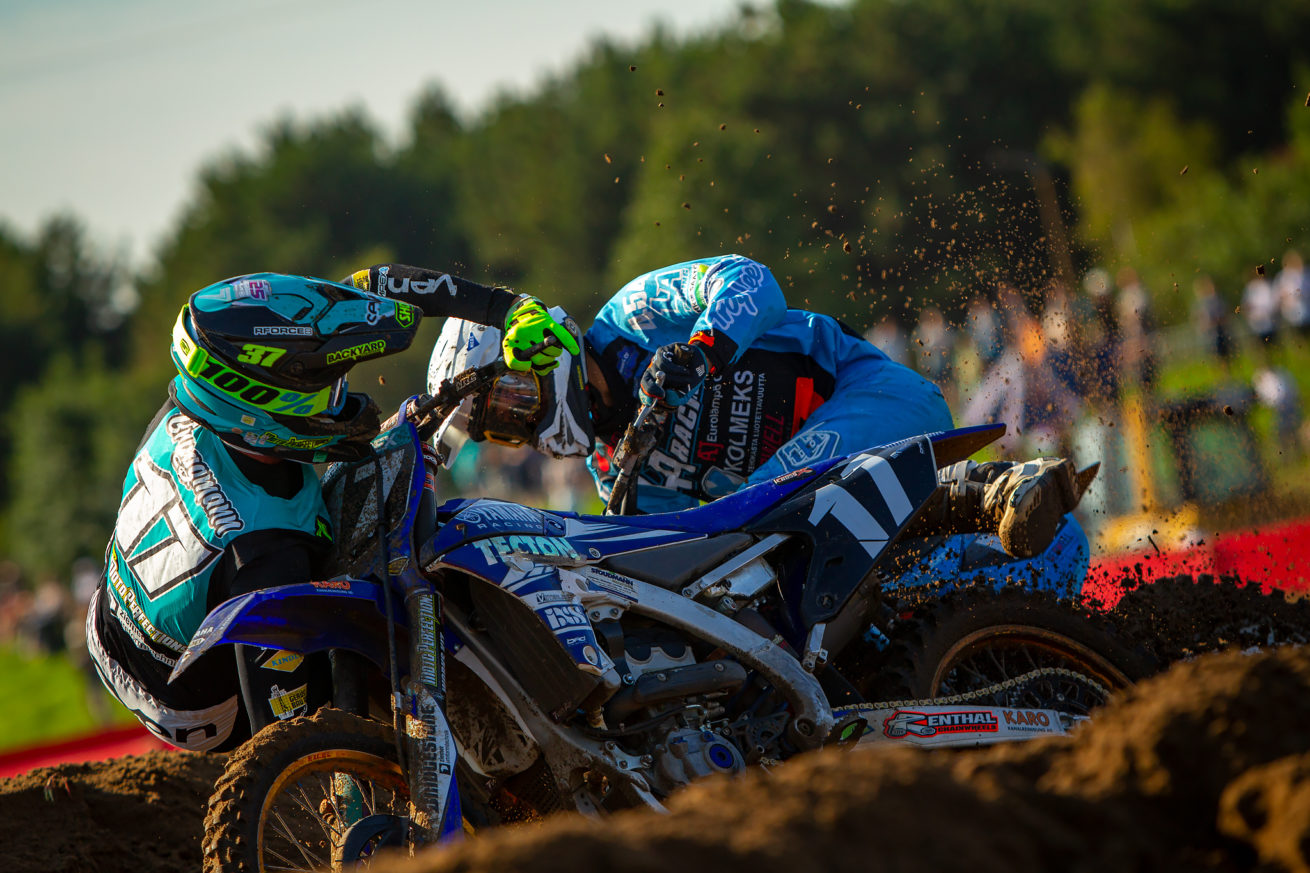 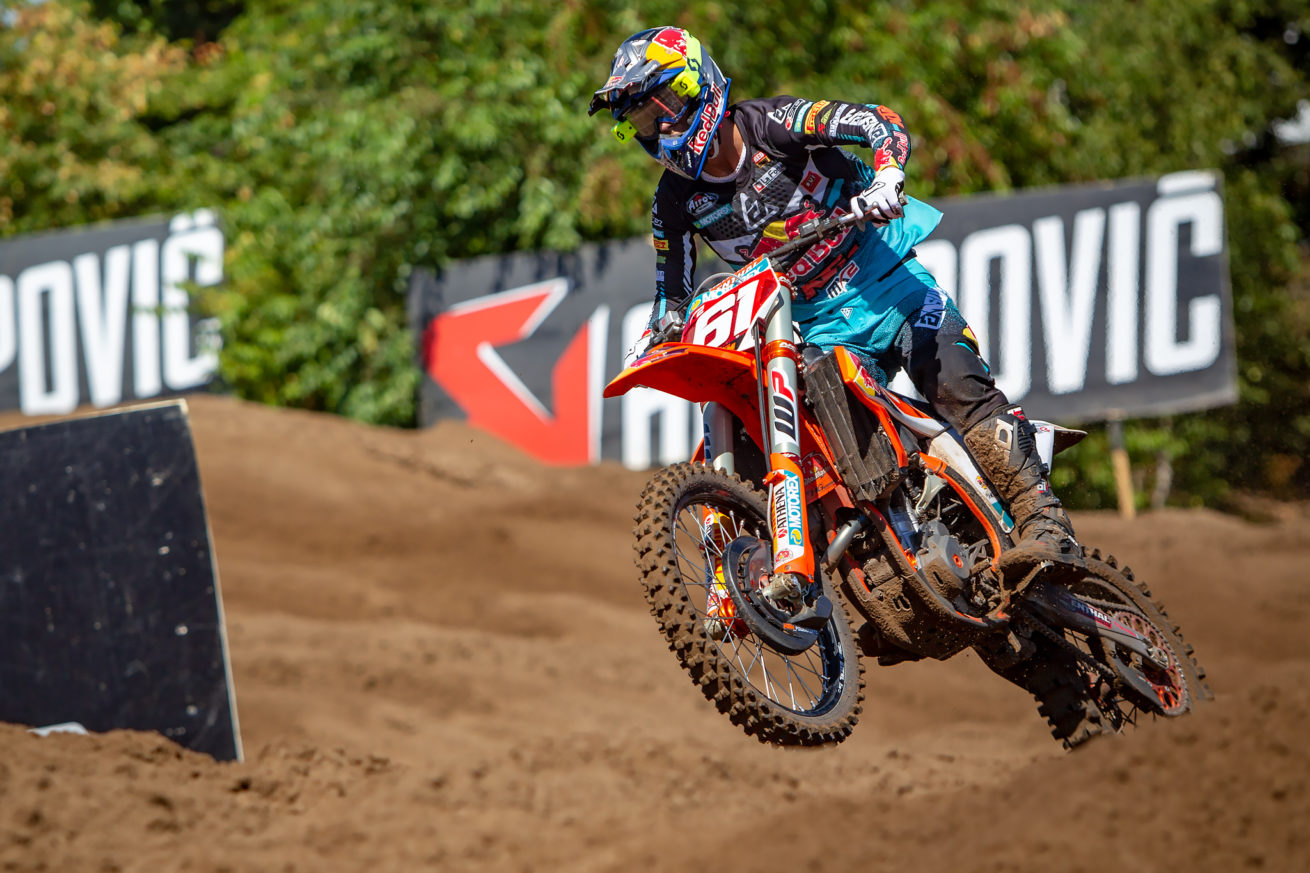 The Lommel circuit in Belgium is the stuff of legends with seemingly endless sand shifting as each rider passes by. This weekend’s surface was not only legendary but so too were the winning performances of Red Bull KTM Factory Racing’s Jeffrey Herlings and Jorge Prado.

The site of the 2018 Fiat Professional MXGP of Belgium is truly in the center of the worldwide motocross. Nearly every team in the paddock calls Lommel or its surrounding regions home with many riders and personnel living in the area along with various team workshops. The area is also home to tens of thousands of motocross fans who arrived in massive numbers to watch the riders perform on the edge of perfection.

When looking at the results of the weekend on paper or watching the races on TV it is near impossible to truly understand the speed at which the MXGP riders attack the track but nevertheless Red Bull KTM Factory Racing’s Jeffrey Herlings finds a way to go even faster.

From the start of the weekend Herlings was on fire with the fastest times in Free Practice and Time Practice followed by a Qualifying race win. Today started just as strong with a heater of a lap time in Warm Up followed by his 7th Fox Holeshot of the season to begin Race 1.

Anstie’s Rockstar Energy Husqvarna teammate Gautier Paulin was off to a difficult race after falling twice on the opening lap and crossing the line to start the race in 34th. Seewer moved past Van Horebeek on the second lap and Anstie passed the Belgian a lap later. At around the same time Gajser passed Febvre for 3rd but only held the position for 3 laps before the Frenchman took it back.

The same lap saw Anstie pass Seewer to reach the top 5 and several laps after that Gajser dropped a spot to Anstie on his way backwards to 7th place. At the finish of Race 1 Herlings won by 13 seconds even after a fall of his own while Cairoli took 2nd, Febvre 3rd, Anstie 4th, and Seewer rounded out the top 5. Red Bull KTM Factory Racing’s 3rd MXGP rider, Glenn Coldenhoff took 6th.

Race 2 was another Red Bull KTM FOX Holeshot but this time it would be Coldenhoff in the lead with Anstie and Gajser 2nd and 3rd but Herlings shot himself into second only a few corners later and took the lead before the end of the opening lap.

Cairoli was behind Anstie and Gajser as his teammates ran in 1st and 2nd but took the 4th spot from Gajser quickly and took 3rd from Anstie on the same spot the next lap. The same section worked well again for Cairoli as he passed Coldenhoff to get into second.

Herlings had grown his lead to an impressive gap at that point and showed no signs of slowing as he put in an unmatchable pace. Febvre and Gajser battle for 5th briefly in which Febvre came out ahead. Anstie took 3rd from Coldenhoff but mistakes allowed the Dutchman back through.

Herlings lapped his way through the field but on the final lap lost control sending him down. Herlings lead was massive however and though the fall cost him several seconds he still came away with a lap time faster than most riders on the track.

Across the finish line Herlings won by 33 seconds over Cairoli and left only the top eight on the lead lap with Monster Energy Kawasaki Racing Team’s Clement Desalle starting his final lap as Herlings took the checkered while Van Horebeek finished 1 lap down and nearly 7 seconds later. Coldenhoff took 3rd but missed out on the podium to Anstie who took 4th ahead of Febvre.

Jeffrey Herlings: “The weekend was really good. I am very pleased, I took three good starts and won the qualifying, both races and was fastest in each practice. It is one of my favorite tracks on the calendar anyhow but I’m happy to extend the championship by 6 points and I’m looking forward to Switzerland.”

Antonio Cairoli: “I know how to ride sand and to ride here for sure but to keep the speed and his pace for the whole race is very tough, I couldn’t do more. We are fighting to the end of the season, we will try to stay on his rear wheel and when it is possible to go for a win.”

Max Anstie: “It is always nice to be back up on the podium, it was a tough one and they made me work for it. It was a solid and consistent weekend in practice and timed training. Of course I want to be on the podium every weekend but it is hard to be up here. It is not easy even with all the amount of work we do…in the gap from 3rd to 10th you can be battling with great guys in 9th and 10th having a good race and finish 10th or you could have just as good of ride and finish 3rd.”

The MX2 racing was just as interesting and showcased nearly as dominant of a performance from Red Bull KTM Factory Racing’s Jorge Prado. Similar to Herlings in MXGP, Prado took Saturday’s qualifying race win and backed it up with a Fox Holeshot to start Race 1 today.

Prado had Rockstar Energy Husqvarna Factory Racing’s Thomas Covington behind him first but title adversary and Red Bull KTM Teammate Pauls Jonass was alongside and took second from the American immediately.

Covington’s Rockstar Energy Husqvarna teammate Thomas Kjer Olsen chased Covington with Team HRC’s Calvin Vlaanderen following both. In a heated battle over 6th was Hitachi KTM UK’s Conrad Mewse and Kemea Yamaha Official MX2’s Jago Geerts. Geerts had the upper hand however with it being his home GP the fans cheered him on to pass the Brit in what was his first race in nearly 6 weeks.

The biggest moment of the race however was the crash of Jonass as he tried to catch Prado for the lead. Jonass miss timed the massive SIDI jump into rollers and landed heavy which ejected him from his bike. Lucky to get away from the fall uninjured Jonass rejoined the race in 4th but lost another spot while trying to kick his clutch lever back into place.

At the finish Prado took the win with Covington 2nd, Olsen 3rd, and Jonass 4th after he passed Vlaanderen back 2 laps after the crash. Mewse managed to take the 6th spot back from Geerts after following the Belgian’s lines for 6 laps.

Race 2 was consistent with the Race 1 for Prado who took the Fox Holeshot again leading Covington and Olsen while Jonass fell remounting in 14th. Kemea Yamaha Official MX2’s Ben Watson started well in 4th but dropped to 7th before the opening lap was complete.

Geerts in the other hand battled again with Mewse taking the spot and advantage of a crash from Vlaanderen. Geerts continued his charge forward taking 3rd from Olsen and then going after Covington for 2nd.

Covington made a mistake and jumped off the track while under pressure from Geerts and lost the spot but somehow managed to stay on the bike and take 3rd. Prado’s 2nd race win was followed by Geerts, Covington, Olsen, and Watson while Jonass fought back to 6th.

In the overall podium result it was perfect 50 points from Prado followed by Covington’s 2-3 and Olsen’s 3-4. Prado now leads the championship by 28 points after gaining 17 points on Jonass this weekend.

Jorge Prado: “It was a great weekend getting the qualifying win yesterday and today I felt really good already in warm up with the bike and the track. The first race I got a good start and could win then in the second race got the FOX Holeshot and won again. We train really hard and you can tell we get to a track like this.”

Thomas Covington: “This weekend I’m really happy to be up here on the podium in Lommel. I really struggled here my first few years in Europe so to come away with a podium is pretty big for me, I think it has been a long time since an American was on the podium at Lommel so it is a pretty cool accomplishment.”

Thomas Kjer Olsen: “It is really great to be on the podium again. I had a couple of rough weeks off the podium so I was really motivated to get back on the box, just get 2 good starts, and ride like I know I can. I am happy for me and for the whole team to have 2 riders on the podium at the home GP.”