MXGP of Switzerland presented by iXS 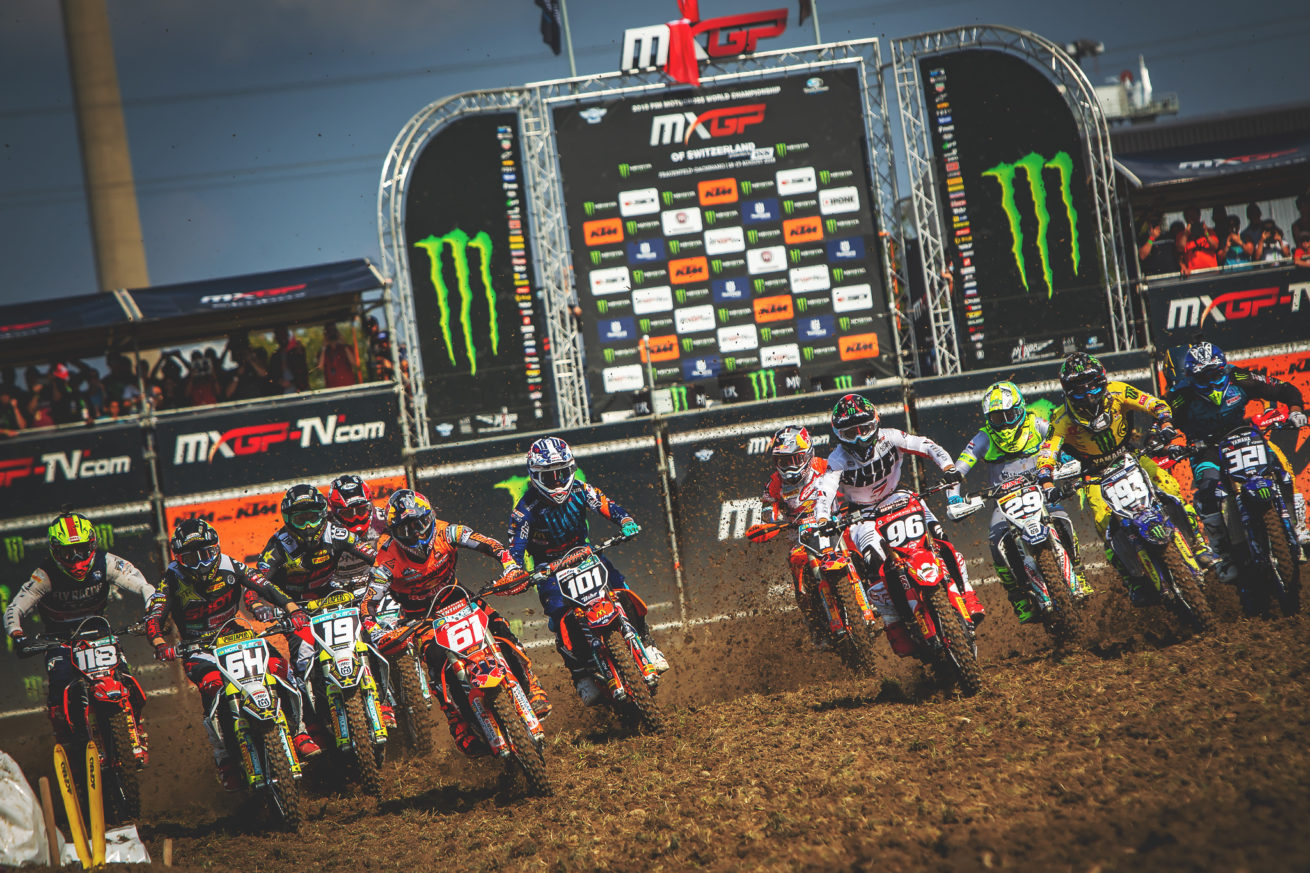 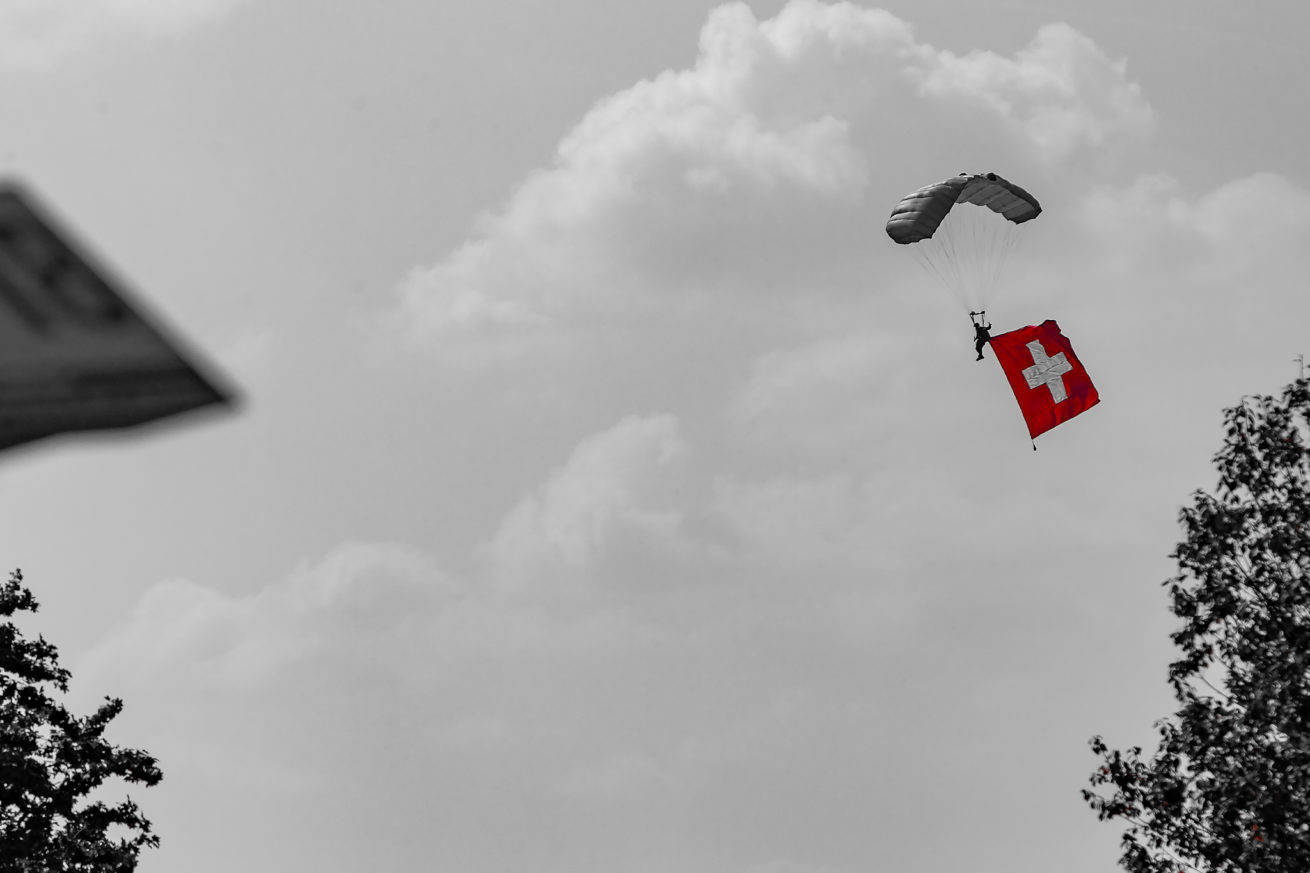 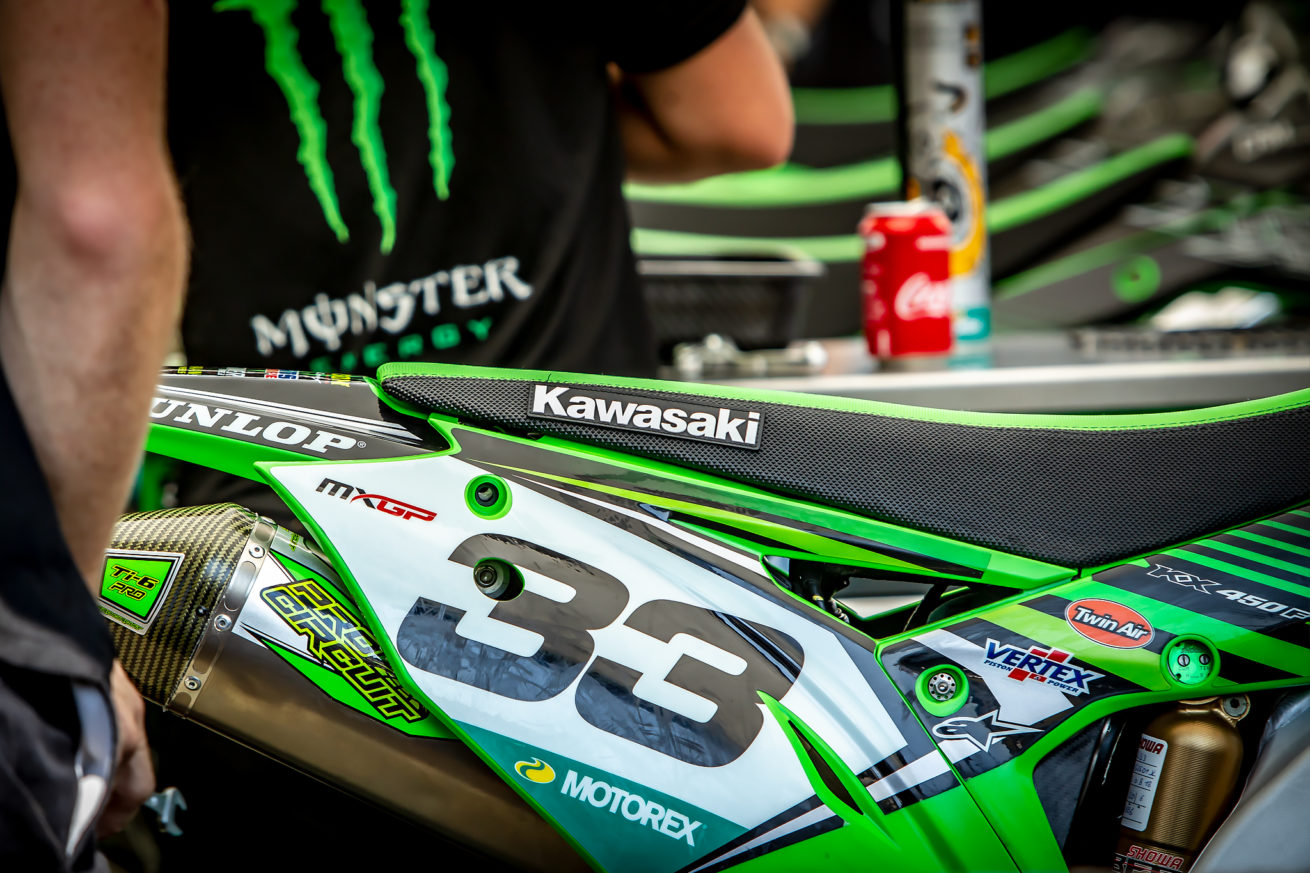 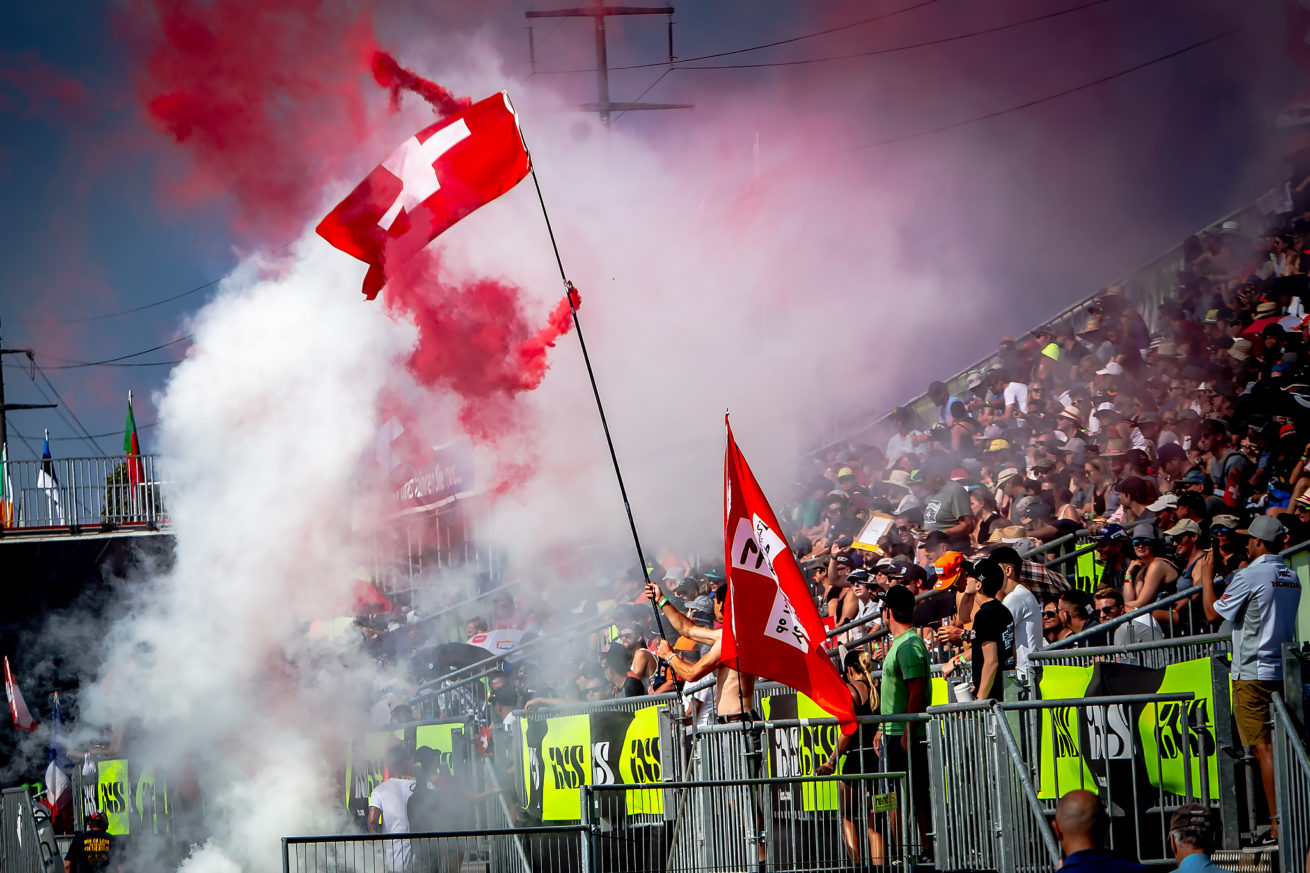 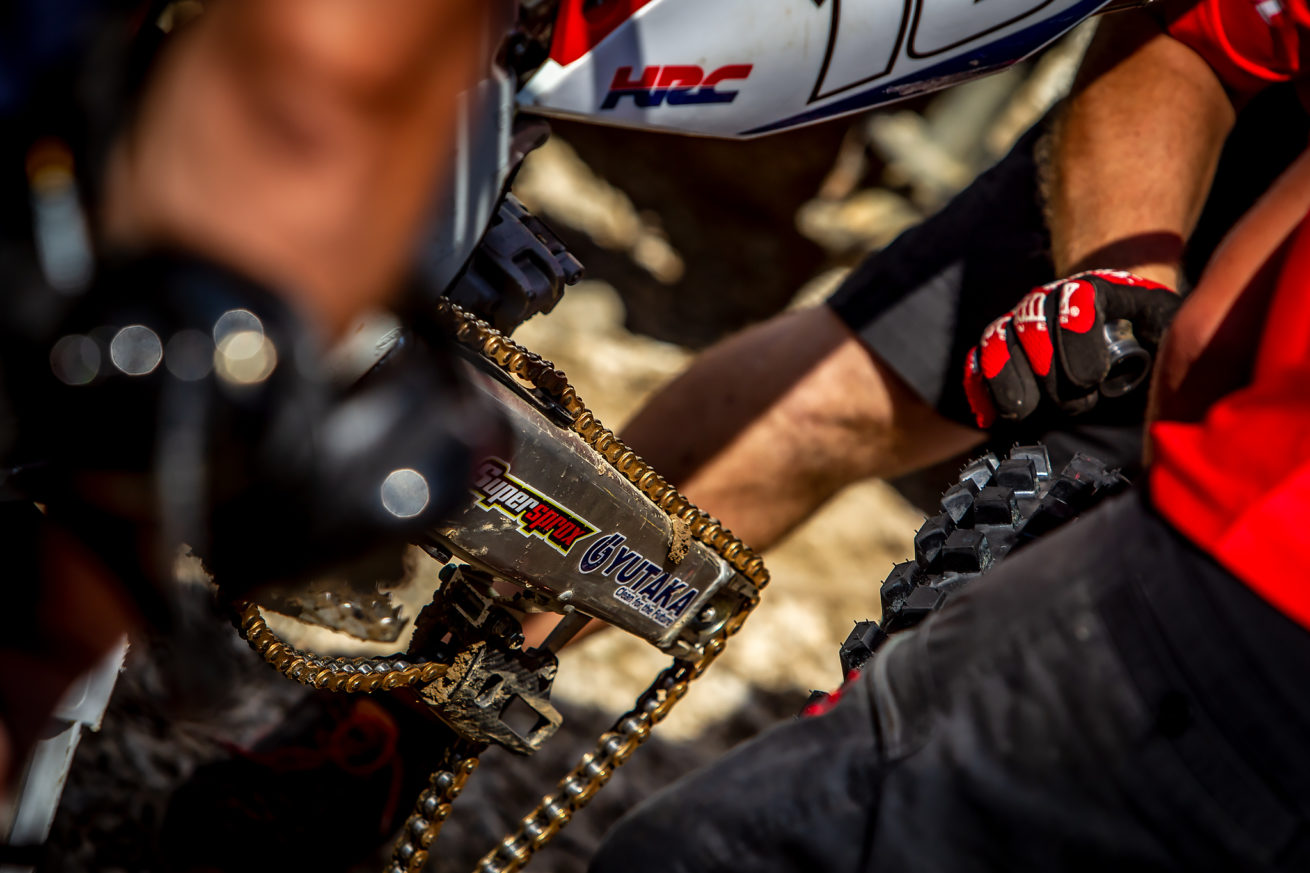 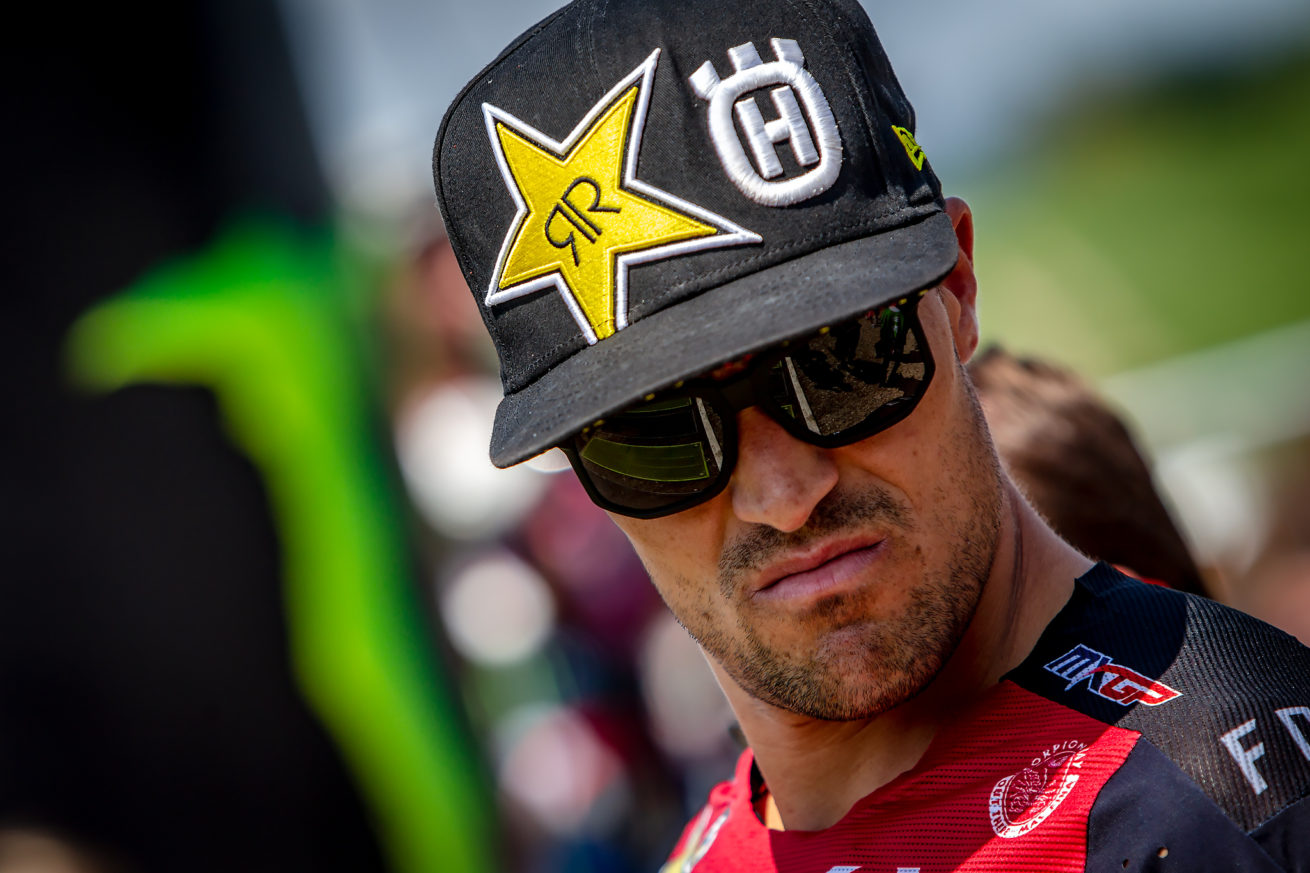 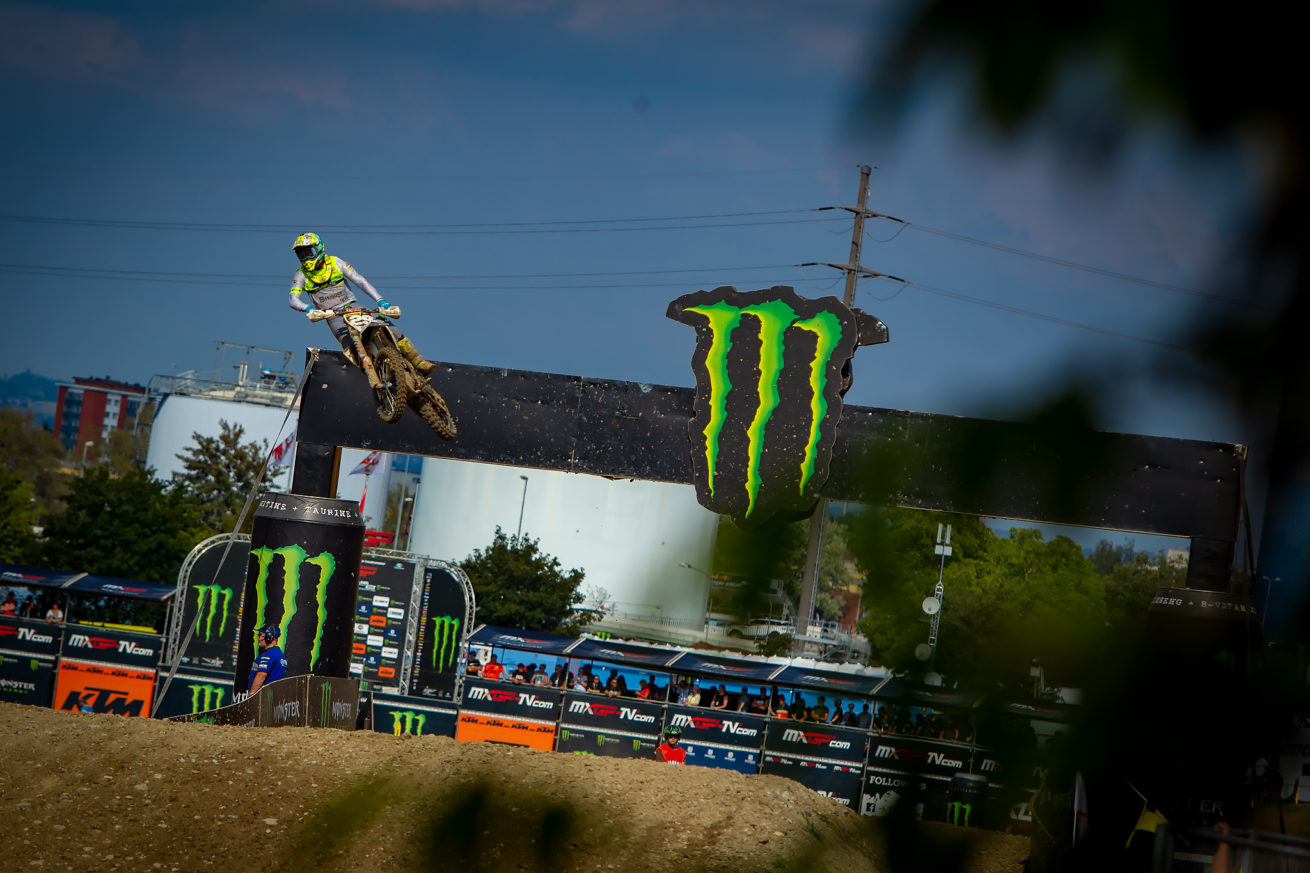 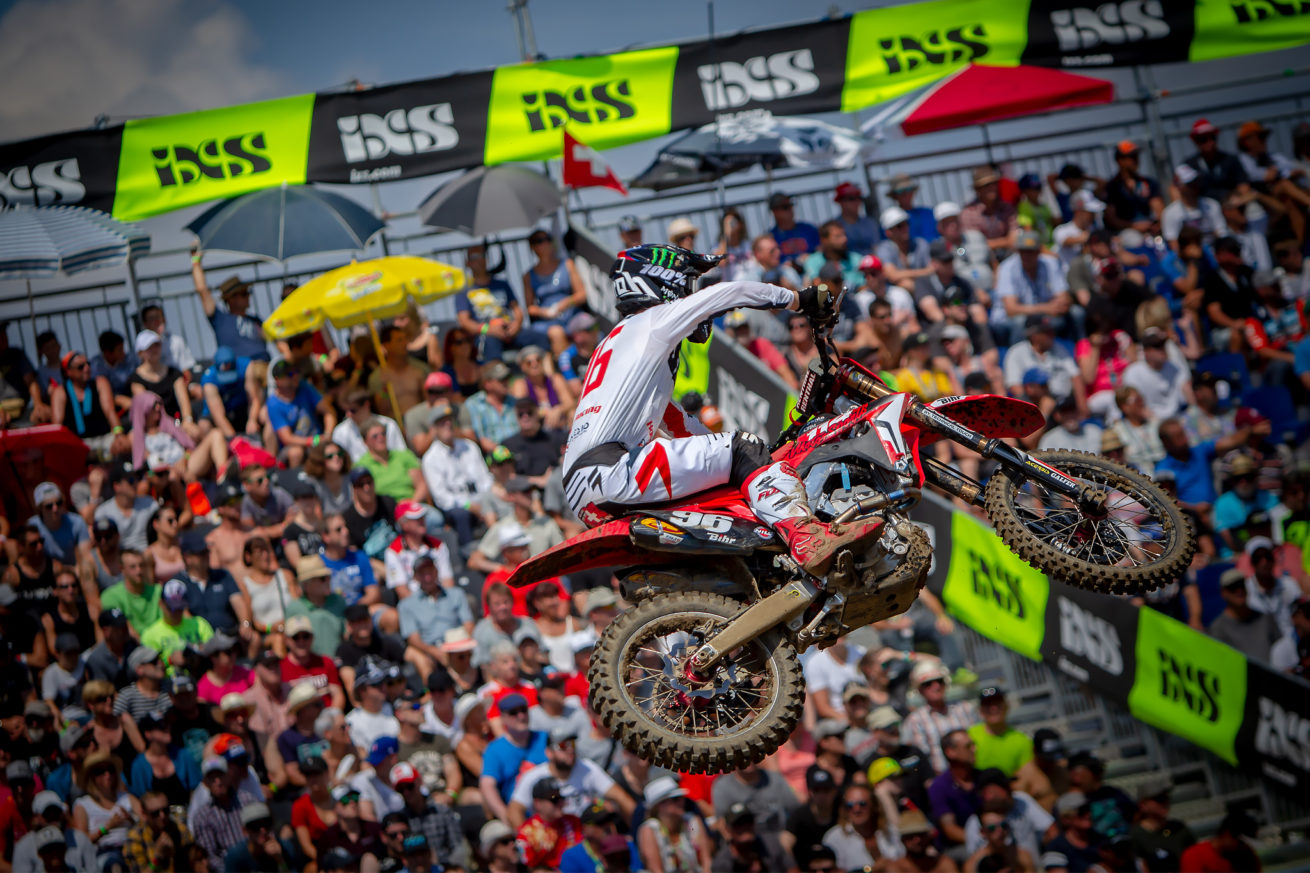 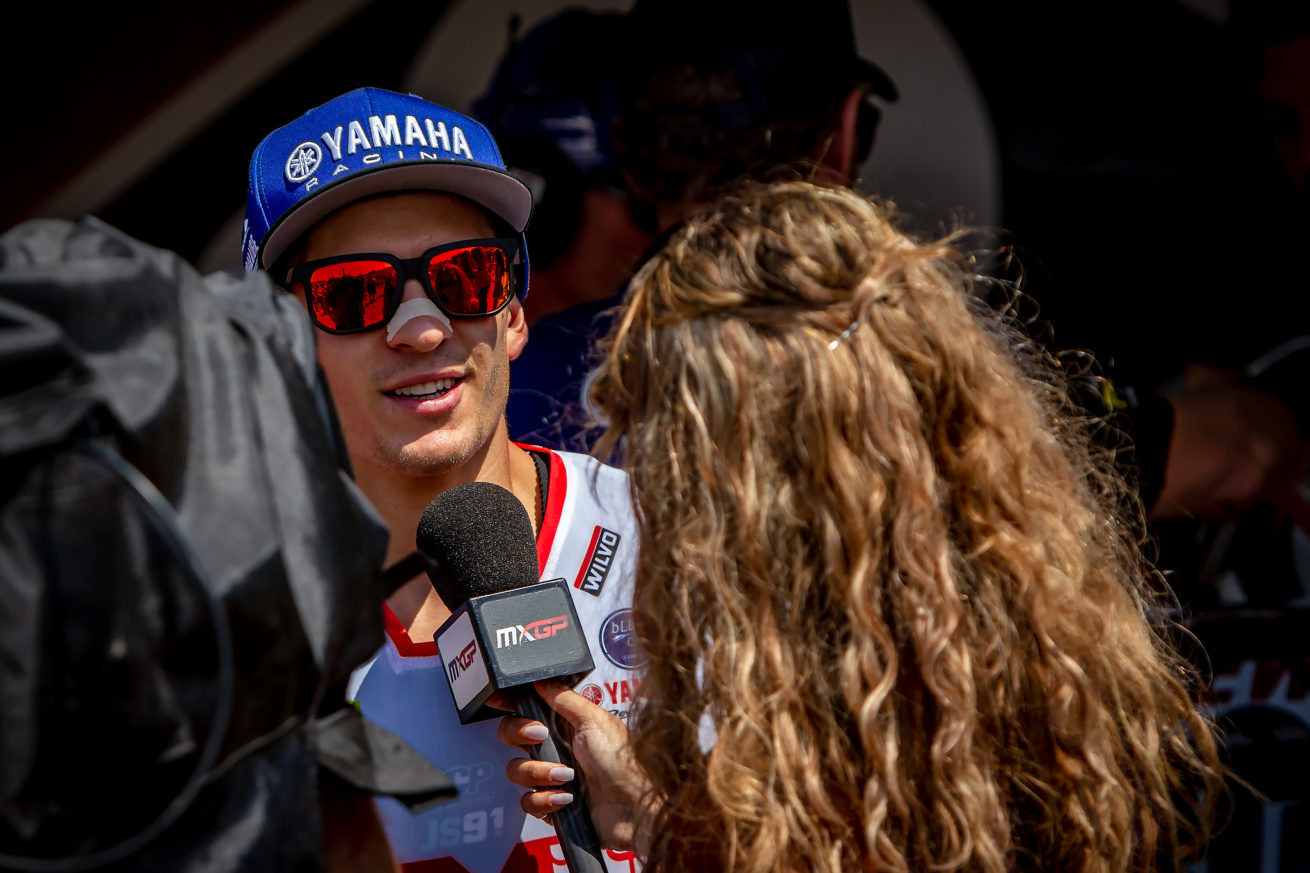 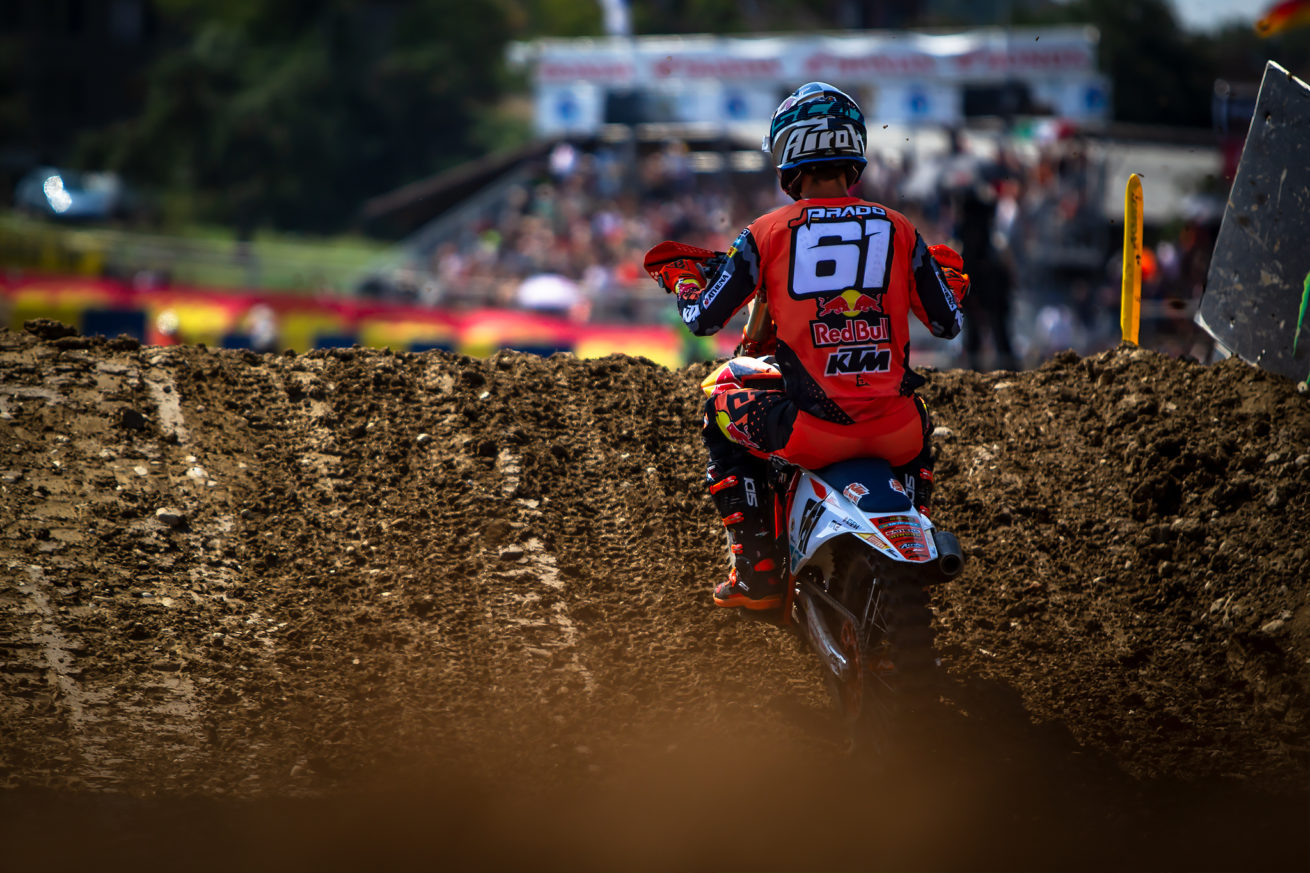 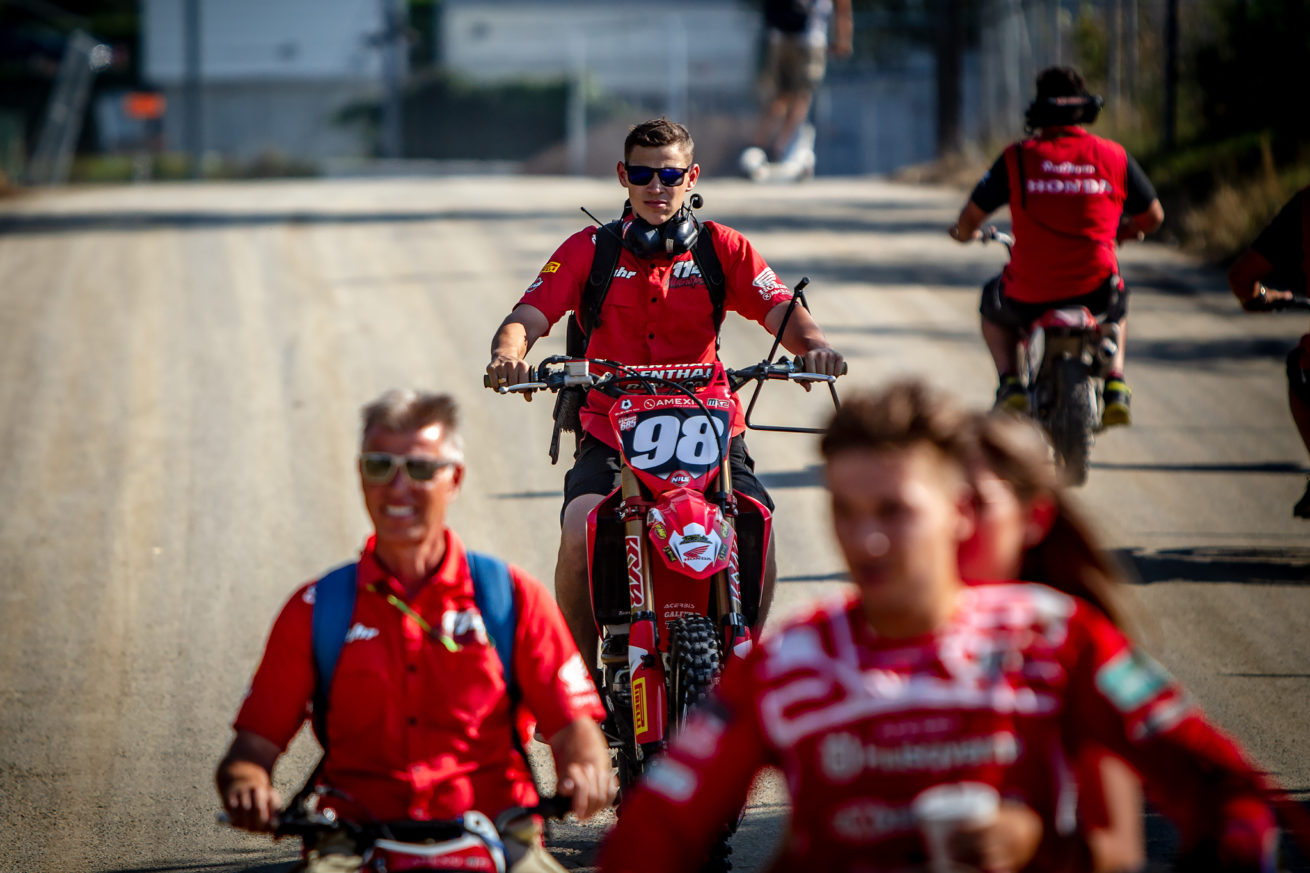 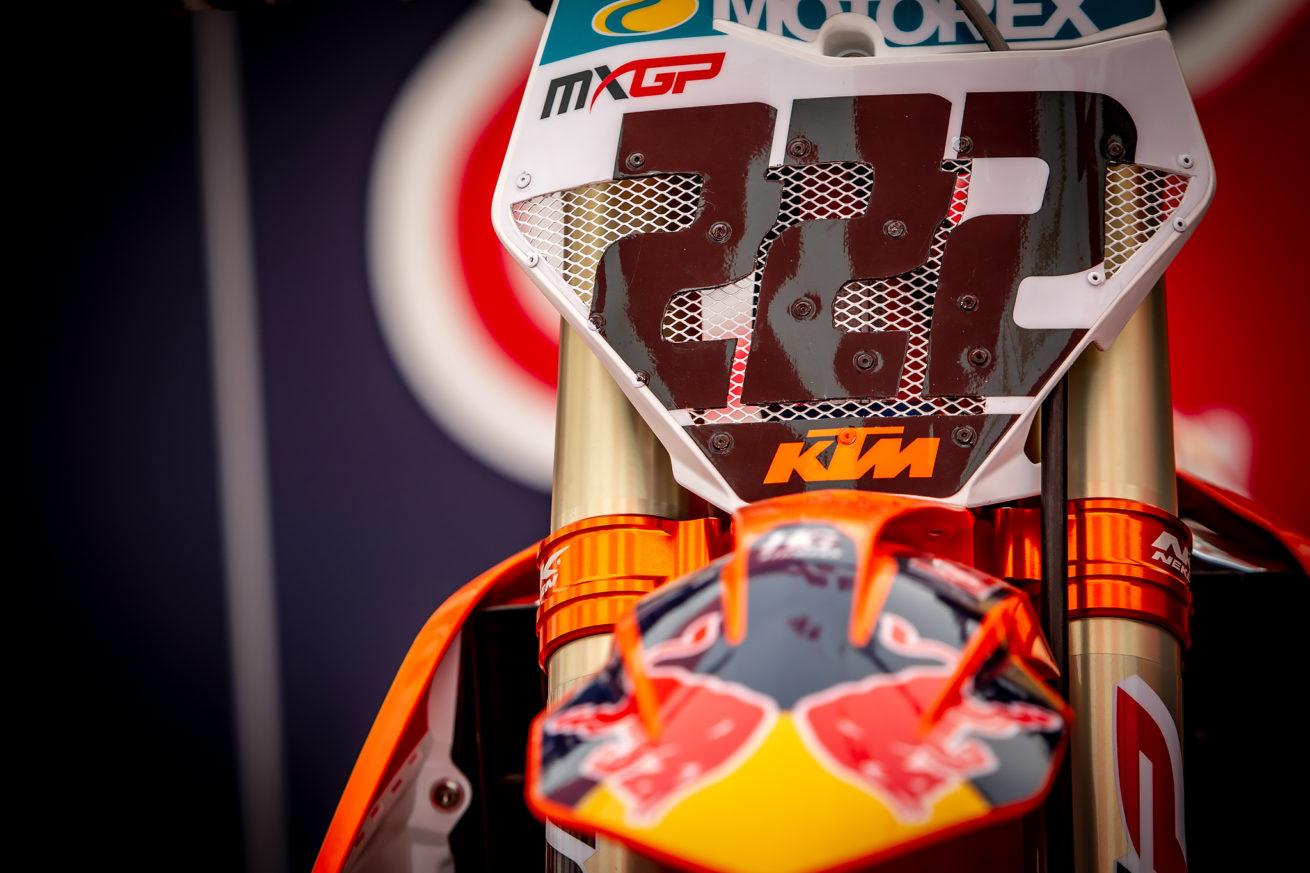 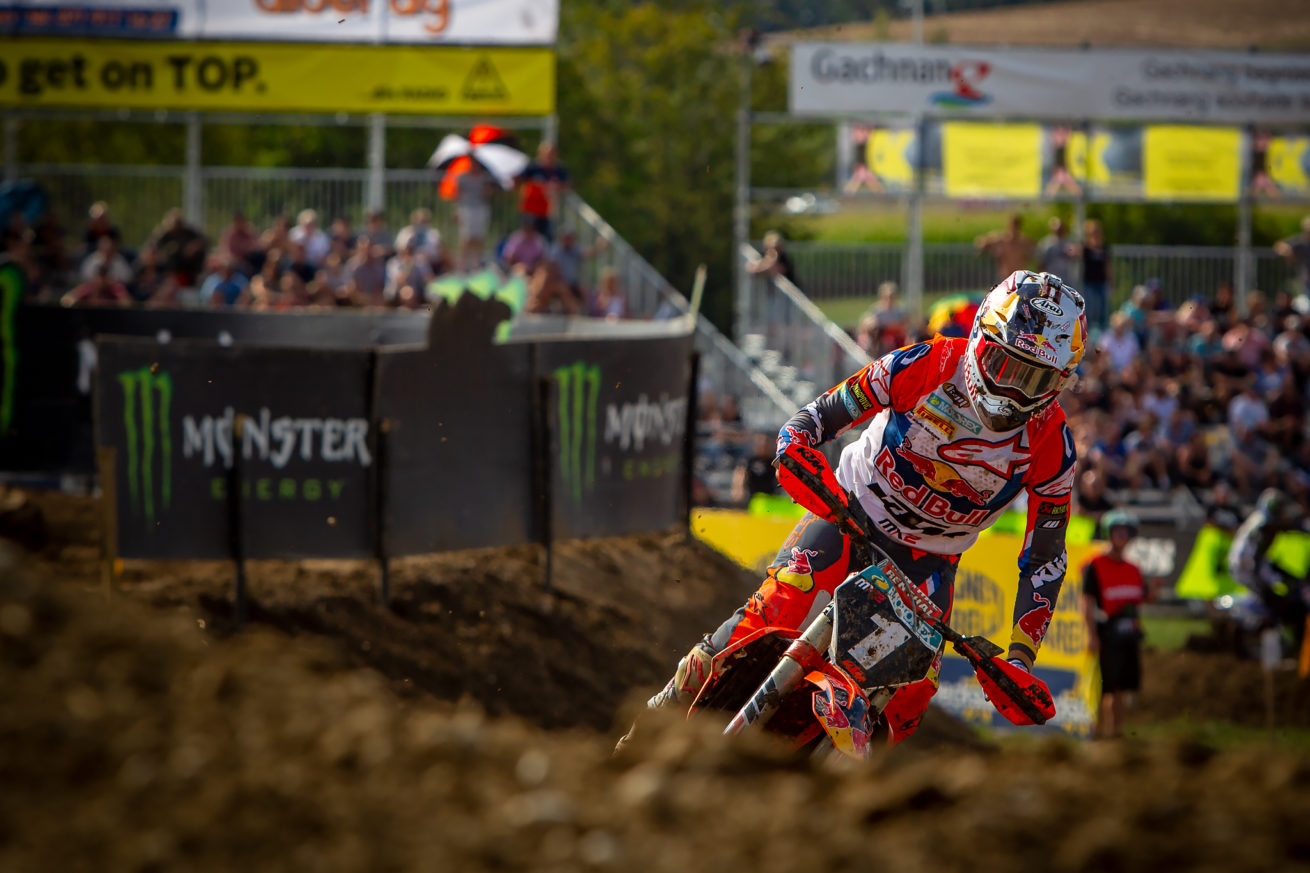 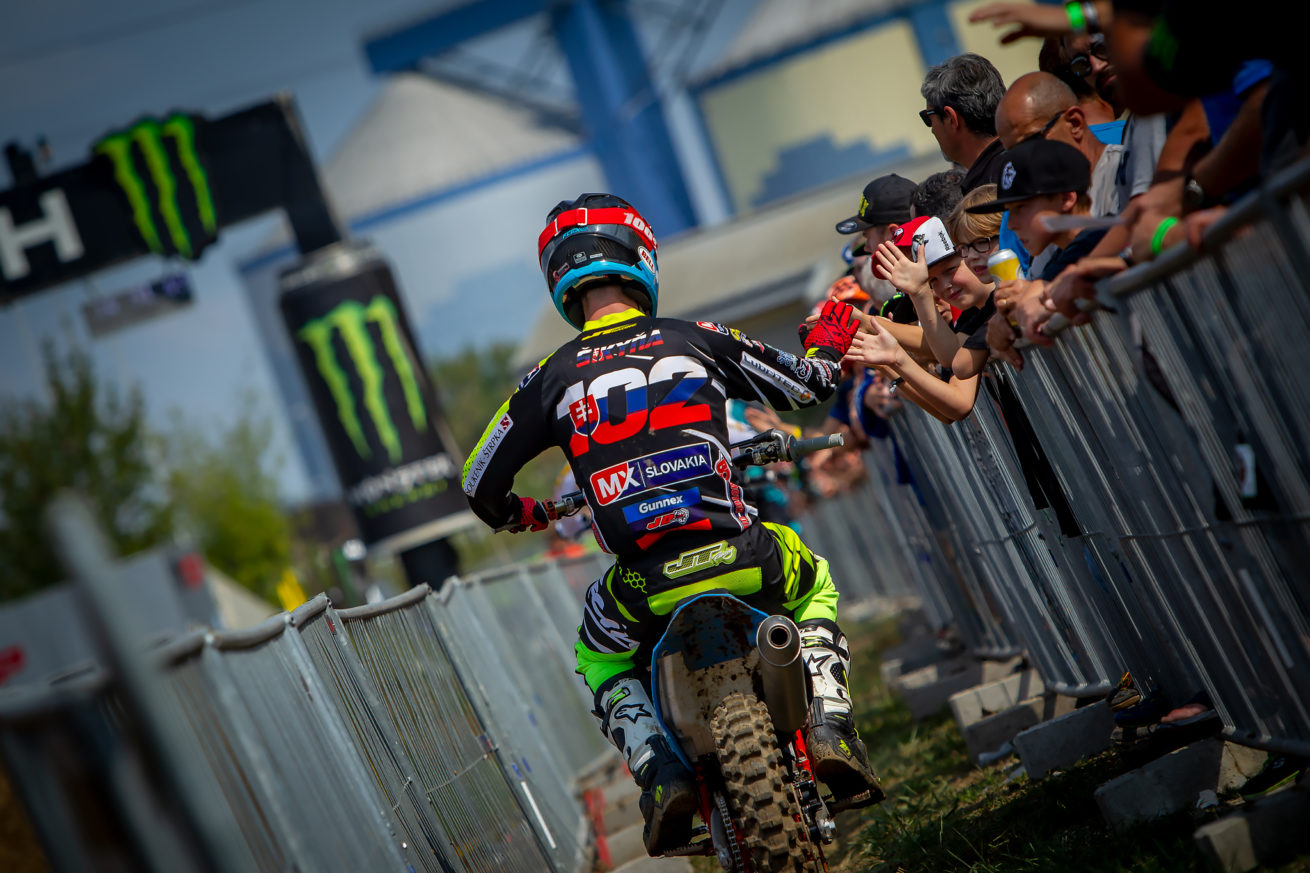 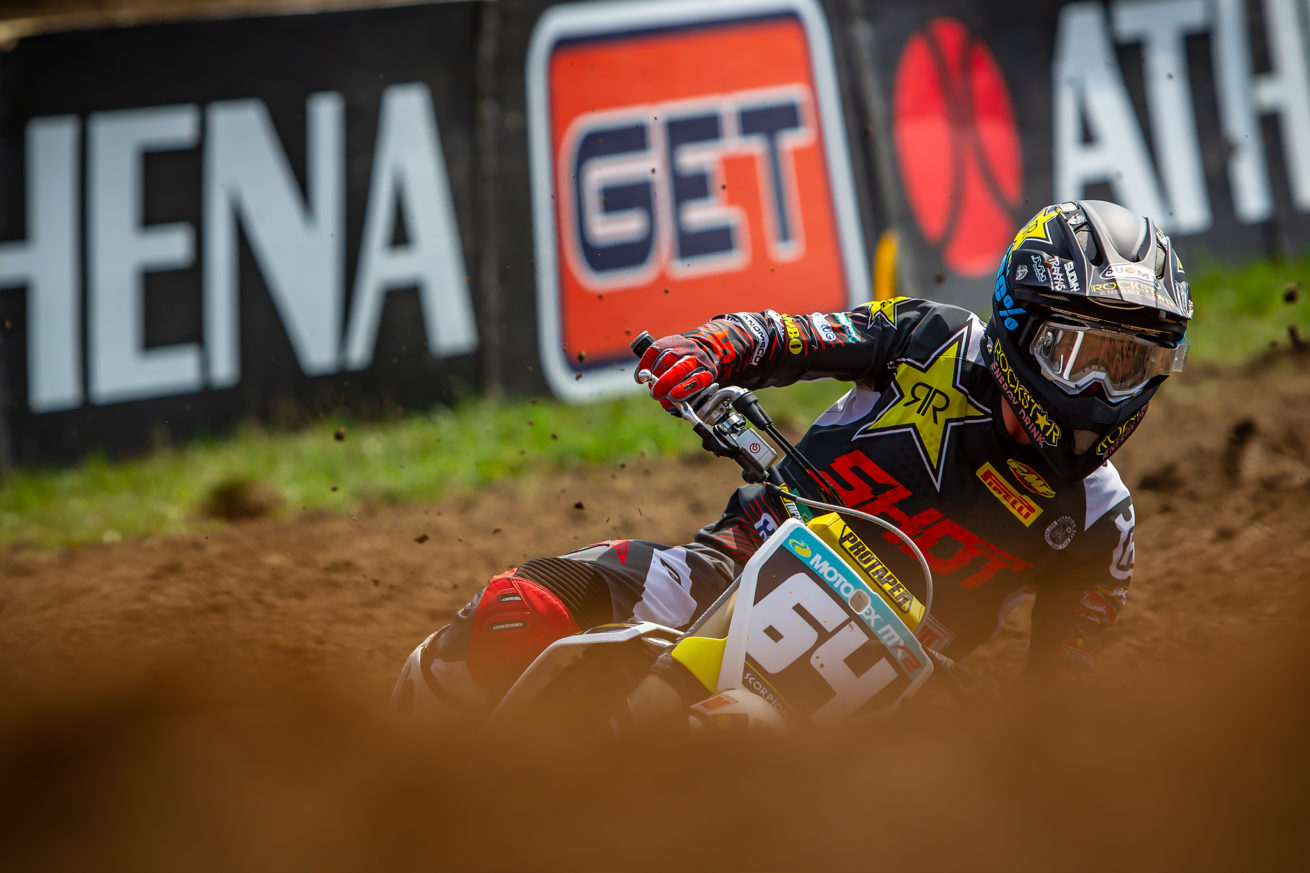 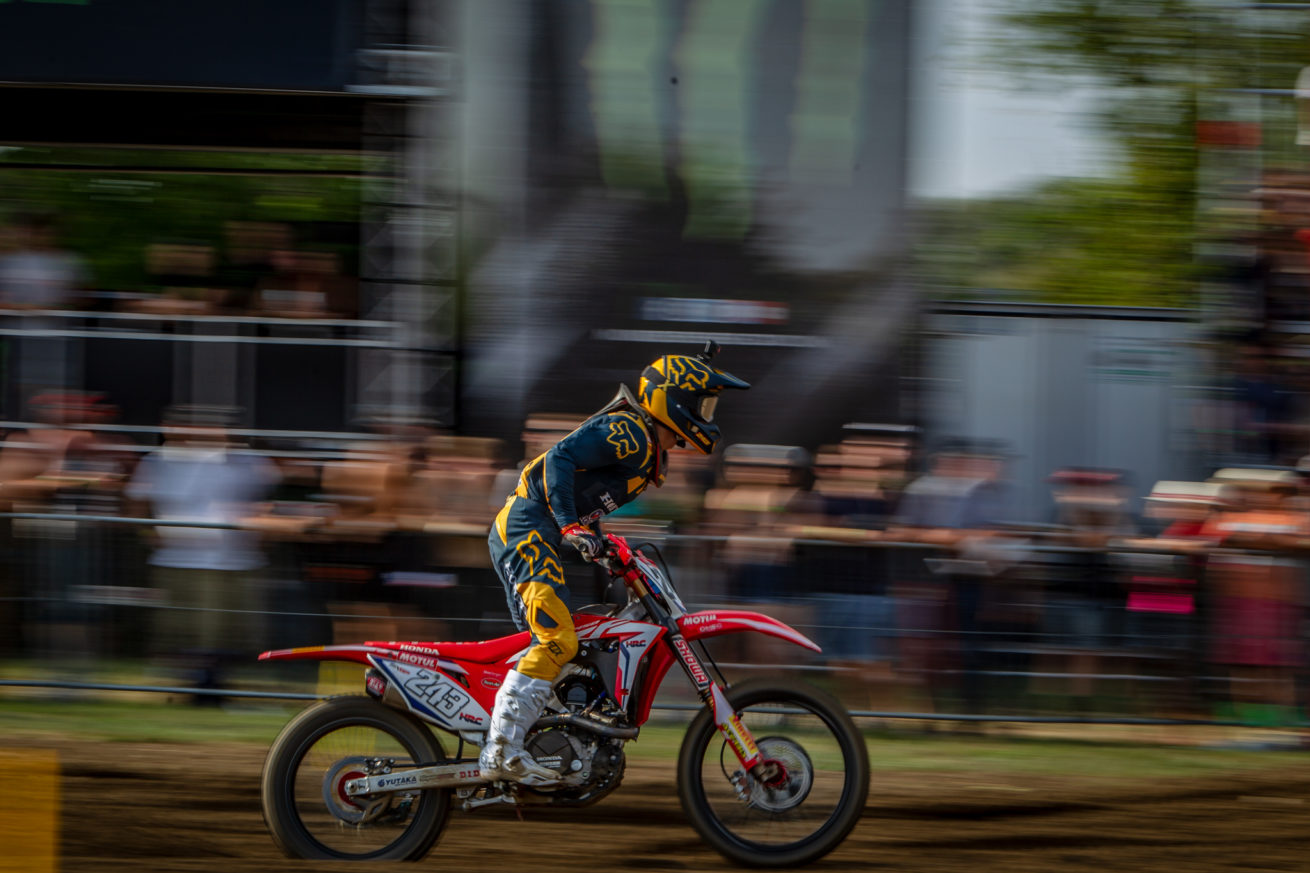 FRAUENFELD-GACHNANG (Switzerland) 19 August 2018 – The 16th round of the 2018 FIM Motocross World Championship is complete at the MXGP of Switzerland presented by iXS. Scoring Swiss victory’s this weekend were none other than the MXGP and MX2 points leaders, Red Bull KTM Factory Racing’s Jeffrey Herlings and Jorge Prado respectively.

Switzerland’s unique Schweizer Zucker circuit in Frauenfeld-Gachnang hosted amazing racing and the hard pack, technical, and rutted surface tested the best riders. Tens of thousands of fans showed up to see the event and were some of the loudest and most enthusiastic fans seen so far this season. In addition to the racing of MXGP and MX2 the fans witness a full program of action from the Paddock activities and opening ceremonies to an airshow and European Championship racing in between!

MXGP Race 1 kicked off with a Fox Holeshot from Red Bull KTM Factory Racing’s Antonio Cairoli but he lost out coming into to turn two where Monster Energy Kawasaki Racing Team’s Clement Desalle took over the lead.

Rockstar Energy Factory Racing’s Gautier Paulin was the next rider in the running order but his teammate Max Anstie was in 30th position after banging bars with Herlings down the start straight and going off the track.

Anstie was already up to 15th by the time the first official lap was recorded. Monster Energy Kawasaki Racing Team’s Julien Lieber and Team HRC’s Tim Gajser collided on the first lap and were also left to fight through the field.

Gajser was able to gain positions throughout the race from 31st on lap one to 12th at the finish but Lieber would have to pull into Pit Lane to repair the damage suffered to his Kawasaki. Lieber rejoined in 36th but only rebounded to finish in 30th.

At the front Cairoli struggled to find a way past Febvre and started to push the issue eventually taking over 3rd on lap 5 but while trying to catch Herlings the Sicilian made a rare mistake and stalled the bike up the face of the wall jump sending him over the bars and out of 3rd.

With his bike and body clearly banged up Cairoli rejoined in 7th behind Paulin but took 6th from the Frenchman 2 laps later. Paulin who looked to have lost his focus and rhythm earlier mounted a charge to pass Cairoli back on 13 along with his resurgent teammate Anstie.

Max Anstie not only took 7th from Cairoli but continued into 6th past his teammate to cap off an amazing comeback through the field. Across the finish Herlings won by 4.8 seconds over a much improved Desalle whom Herlings nearly lapped in Lommel with Febvre 3rd, Coldenhoff 4th, Switzerland’s Jeremy Seewer in 5th.

Moto 2 was off to a much less dramatic start when Julien Lieber took his first Fox Holeshot in his MXGP career with his teammate Desalle taking the lead on the exit of turn 2. Febvre had another good start in 3rd with Cairoli 4th and the iFly JK Racing Yamaha of Ivo Monticelli in 5th.

Herlings quickly took 5th from Monticelli while Febvre took second from Lieber who tried to fight back but instead missed his line and lost spots to both Cairoli and Herlings. Monticelli then went down, with help from Gajser, and took Paulin with him.

Jeffrey Herlings then took 3rd from Cairoli and Gajser pushed the reigning champ back another spot to 5th. Herlings was quick to take second from Febvre but then struggled to get past Desalle. Herlings’ attempts to take the lead were at first unsuccessful which encouraged Febvre. Putting in a pair of fast laps Febvre was all over the rear wheel of Herlings but couldn’t find a passing spot. Herlings sensing the pressure responded by making a pass stick on Desalle stick and growing a second and a half gap in less than a lap.

Febvre also passed Desalle and did so with much less effort than Herlings but never the less the “Bullet” continued to check out up front. Desalle dropped another spot to Gajser who caught the Belgian off guard and sent the #25 over a berm. Desalle managed to stay on 2 wheels and rejoined the track quickly but Gajser was already pulling away. Cairoli meanwhile was clearly fighting through pain to keep his championship hopes alive and lost 5th to Anstie.

At the finish Herlings won by 14 seconds over Febvre, Gajser, Desalle, Anstie, and Cairoli. The championship lead of Herlings now extends to 58 points over Cairoli whose condition at the moment remains unknown.

Jeffrey Herlings: “I felt good all weekend I must say, we had a good weekend, obviously a little bad luck in Qualifying. It is a great day for the championship going 1-1 for the full 50 points, my nearest rival didn’t have the best of GPs, he crashed but I hope he is ok. I am looking forward to Sevlievo in 7 days.”

Romain Febvre: “This weekend was really great! To start at the front is much easier, I knew I had the speed and I have had the speed all weekend long… I’m looking forward to next week.”

Clement Desalle: “It was a really positive weekend, the whole weekend with good starts and consistent riding. I am disappointed about the second half of the second race but I had a consistent result and I am happy about the podium, I want more.”

Antonio Cairoli: “The weekend started good with the win in the Qualifying race and I was feeling good with the track and everything. First race I pushed hard because I saw Jeffrey took the lead and I knew I had to stay with him if I wanted to have a chance to win the race. I stalled the bike on the single jump and went over the bars, I felt immediately something with my knee, I don’t know what exactly it was but it felt very weird. The priority now is to check the knee and hopefully it is not too bad so that I can finish the season without any problems.”

Yamaha SM Action MC Migliori’s Michele Cervellin had a great start to the race as well and ran 5th behind Covington on lap 1. Cervellin however dropped a spot to Honda 114 Motorsport’s Hunter Lawrence on lap 2.

New recruit to the F&H Racing Team, Marshal Weltin was in 7th before losing the spot to Team HRC’s Calvin Vlaanderen but only a lap later the Honda of Vlaanderen had an electrical issue which left him with a DNF.

KTM Silver Action’s Stephen Rubini took the over the 6th spot from Vlaanderen for the next 3 laps before Kemea Yamaha Official MX2’s Ben Watson took the position after starting in 11th. Back at the front Jonass was the new leader with a pass on Prado.

Rodriguez held 3rd for the first 14 laps but lost the position with 3 laps remaining to Covington. Prado tried to catch Jonass and make a move for the race win but instead made a mistake and had to settle with second. Jonass to the race win by 5.1 seconds with Prado 2nd, Covington 3rd, Rodriguez 4th, and Lawrence 5th.

Race 2 was started by the 21st Fox Holeshot of the season for Prado as he led Watson and Jonass. Vlaanderen was back in 4th and still relatively fresh after only completing 3 laps in race 1. Prado was quick to put in fast laps and was extremely strong at the start of the race while Jonass fought past Watson.

By the time Jonass was into 2nd Prado had grown a decent gap over the rest of the field. On lap 3 both Vlaanderen and Lawrence were also passed Watson and a battle between the Honda’s ensued.

Lawrence came out ahead of Vlaanderen on lap 8 as Watson came under threat of losing another spot to Olsen. Olsen took 5th from the Brit on lap 11 as Jonass started to catch Prado. Prado started to lose time but with 2 laps to go Jonass made a mistake on the entry of the waves losing not only momentum but the time he had previously gained.

At the finish Prado managed to fight through physical issues to hold on the lead and win by 4.7 seconds over Jonass, Lawrence, Vlaanderen, and Olsen. In the overall result for the GP, Prado took the win but tied in points with Jonass in second while Lawrence finished on the podium since the first round of the year at the MXGP of Patagonia in Argentina.

Jorge Prado: “The weekend went pretty well for me, I felt good on the track and the bike. I am really happy with the 2nd race since I managed to push really hard in the last laps.”

Pauls Jonass: “This weekend went okay actually. It feels good to be back on the podium… I still feeling good and there is still 4 GP’s to go so I am looking forward to the rest of the season.”

Hunter Lawrence: “It is refreshing, it feels like last year that I was on the podium last. It is one of the first races that I am feeling good with the bike and fitness with no injuries. We have been working hard to keep improving and finish the season strong.”